CTMQ > Everything Else > Biology & Geology > JT: The Ashford Oak

There’s a line in 1996’s Swingers that my wife and I love so much we use it anytime we can. The boys are at an absolutely packed club and a suggestion is made to leave and go to a party in the Hills. 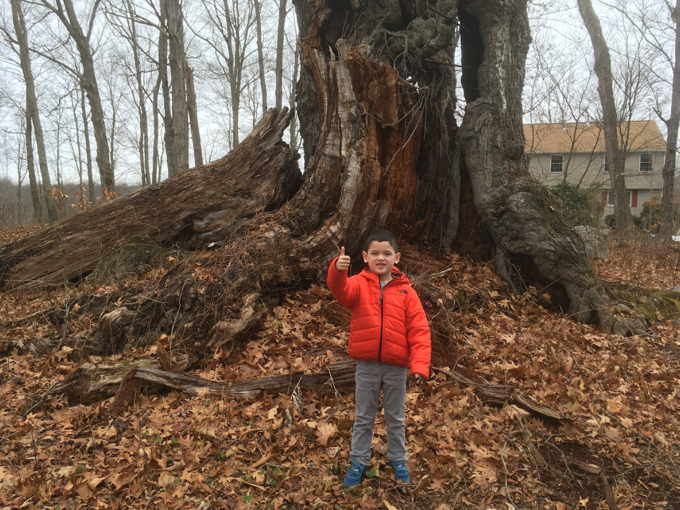 It’s one of the best lines in a movie full of great lines.

It also has nothing in the world to do with the Ashford Oak, a once majestic red oak just off of what is now route 44 in Ashford, a town named for a forest of ash trees (according to one rather suspect source). As you’ve gleaned, the Ashford Oak has seen better days.

Many, many better days. 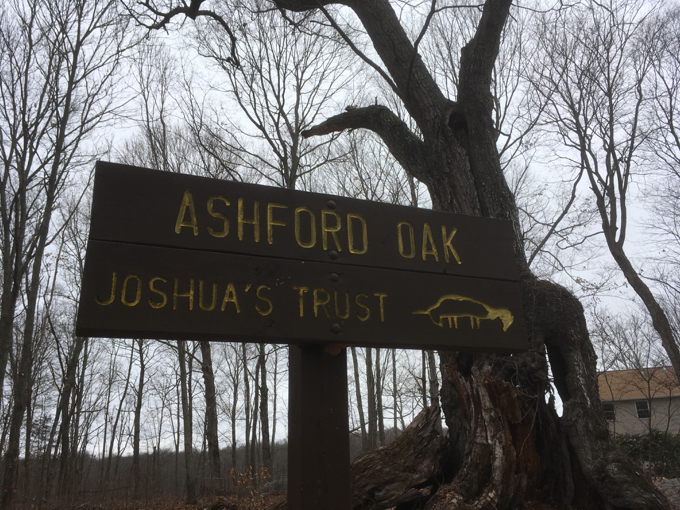 While reading up on the tree, I came across a 1994 Hartford Courant article by a Laura Ungar. The article is from a time when Courant reporters were allowed to write. I mean, really write. Please, even if you don’t care about this dead tree, read the article. 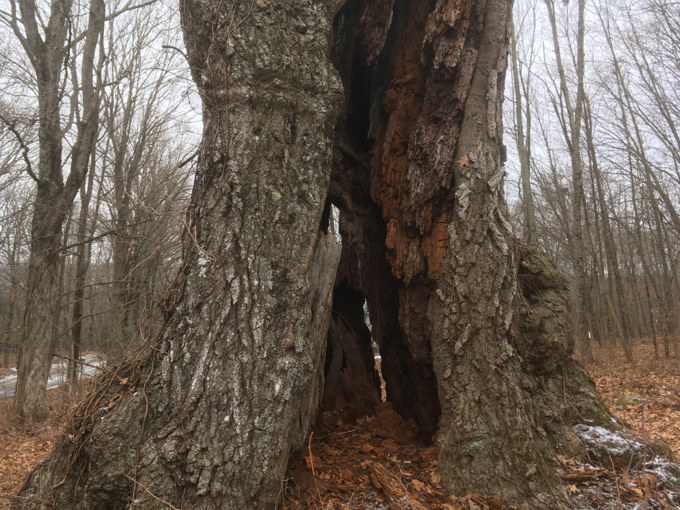 For more than 350 years, this regal giant, the largest known red oak in Connecticut and once the largest in the nation, has stood tall. It shaded a farmer’s field in the days when a few local families tilled a patchwork of plots. It towered above the town as paved roads came through, and power lines, and telephone cables. Now it is fenced in on a .36- acre spot within a residential subdivision near well-traveled Route 44. 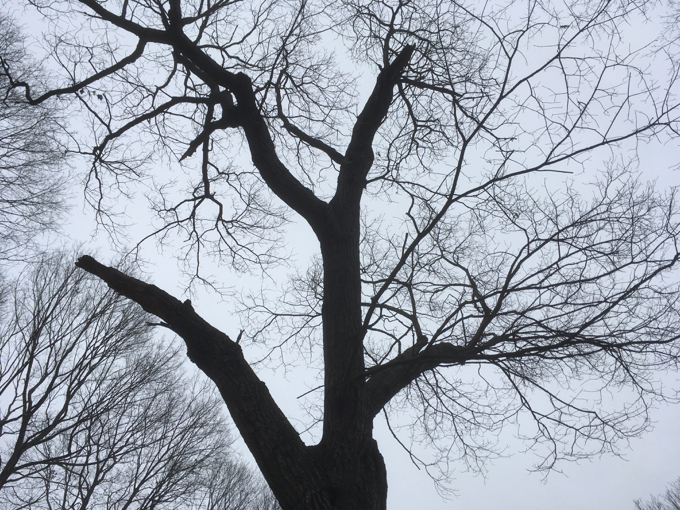 And it is dying.

Some tired limbs are broken, halved by winds. Lightning scars have left the wood bare, prone to wood-boring insects, threatening more branches. Twenty-five feet of the tree’s crown is gone, felled during the Hurricane of 1938. Scabrous gray-and-white bark reveals the years. Some branches no longer sprout leaves.

With the tree, a small-town way of life is dying too.

Ashford — which was a forest without a name when the tree was a seed — is a bedroom community now. Many members of the old farming families are gone. Locals are no longer trapped in their town; highways, computers, telephone and television connect them to the rest of the world. The rocky soil that once yielded carefully tended crops today nurtures backyard gardens. 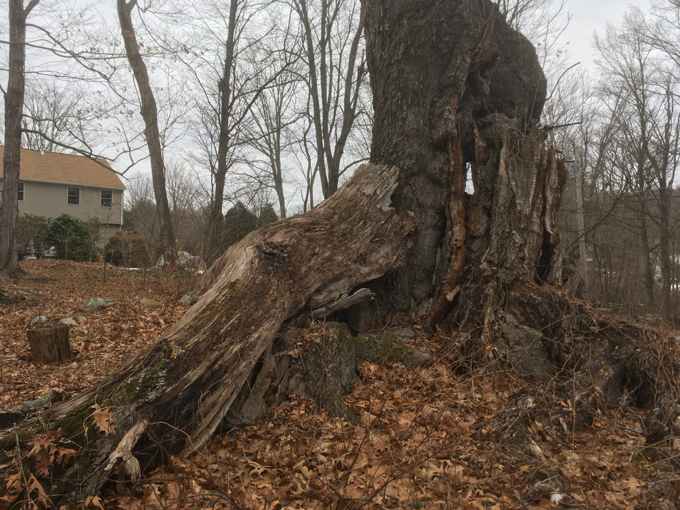 That kind of makes me want to just stop writing this page altogether, for now there is no point. The small plot of land around the tree is now owned by Joshua’s Trust and it’s sort of like tree hospice. As you can see in my early 2017 pictures, the final end is nigh.

This historic Northern Red Oak Quercus borealis maxima was first identified as a champion tree in 1927, and remained so until 1972. In 1962 it measured 26? 4? in circumference, 90? in branch spread, and 78 feet high. The Ashford Oak probably reached its peak just before the 1938 hurricane, which caused major damage. Subsequent lightning strikes continued to diminish the health of the tree, and by the time it was acquired by the Trust it was in decline, with rot and damage to all major trunks.

The Trust had professional arborists cable, prune, fertilize, and spray the tree once in 1982 and again in 1988. This served to prolong the life of this historic oak but could not reverse the damage. After consultation with Ashford neighbors and residents, this historic oak will be allowed to live out its natural life without further intervention. 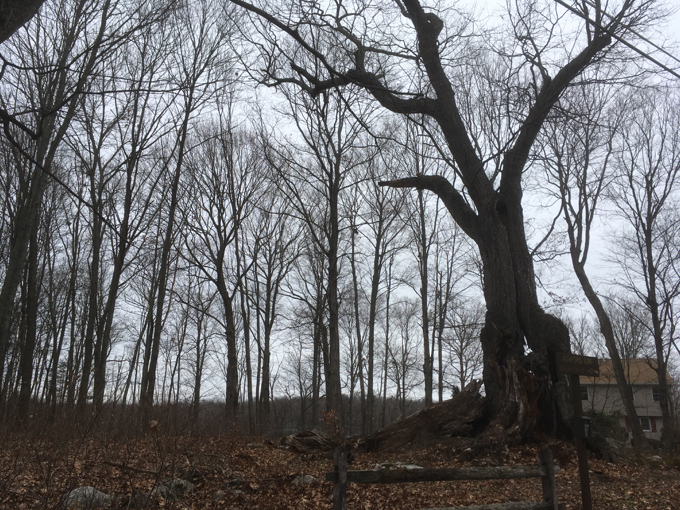