Fairvue Farms is part of the wonderful Farmer’s Cow. 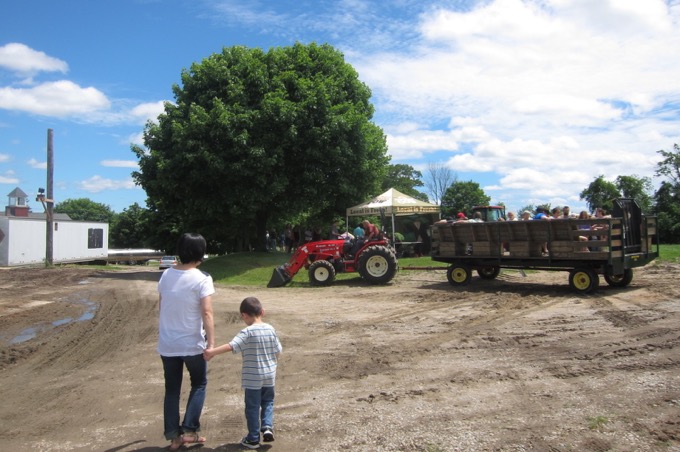 Woodstock is a town dominated by farms, fields, and woods. It puts the quiet in Quiet Corner. It’s also one of the most beautiful rural towns in the state. So it should come as no surprise that there’s a large dairy cow operation out there and that it is a successful and well-regarded dairy farm.

A dairy farm that has existed for a long, long time. The farm has been owned by the Miller family since 1962 and has been used for farming for over 200 years. Some of the original structures are still in use, including the farmhouse office. Of course, Fairvue has made a ton of improvements to the facilities over the last 70 years. Woodstock is Woodstock, but it’s not totally stuck in the past. 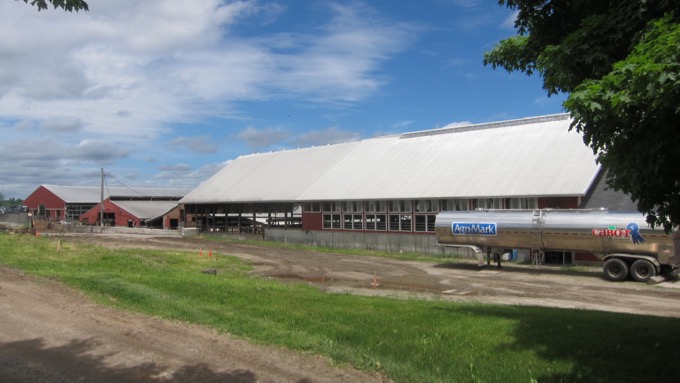 Fairvue is located next to the historic Woodstock Fairgrounds and they have more than 2,000 Holsteins split between their Woodstock and Putnam properties.

We visited because I decided at some point it would be cool to visit all of the Farmer’s Cow farms. I can’t quite remember why though… oh yeah, ice cream! Farmer’s Cow ice cream is excellent, and they have open houses with free ice cream even! I can’t think of anything better for my wife and children. 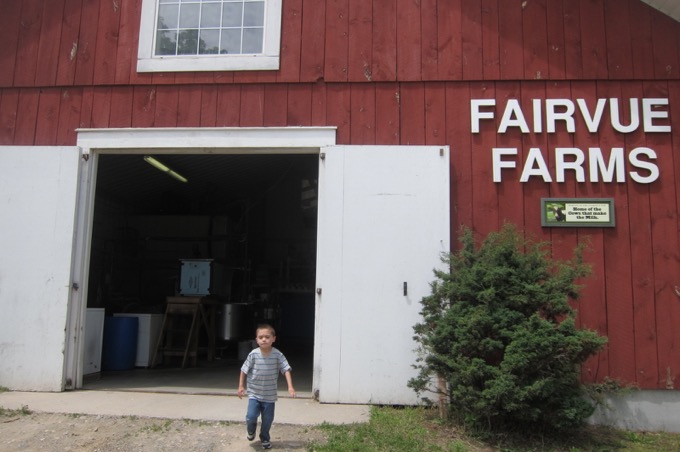 But before the treats, we toured around the farm a bit. The barn here is open and airy with tons of fans. These are happy cows. There’s an observation area to watch up to 40 cows being milked at the same time in the “milking parlor.” Sounds fancy. Some of these mama cows are milked three times a day, which is a good thing. 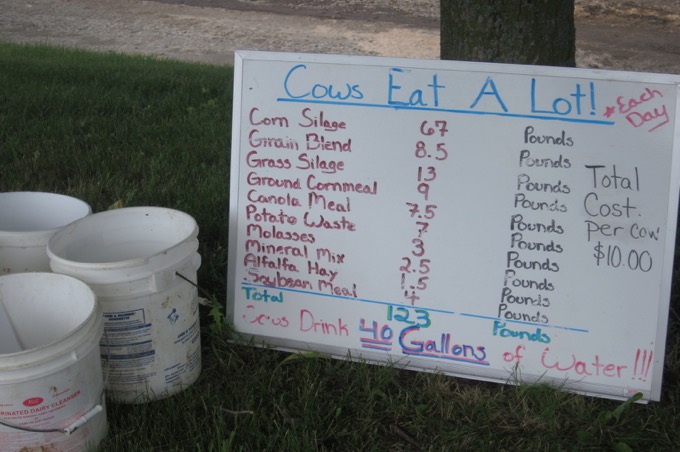 I know this page is reading like a grade school book report, but I don’t care. I just feel the need to highlight the good stuff going on at Fairvue. They employ about 20 people, are strong advocates for open space and agriculture preservation, and are quite open and welcoming to visitors. The farm participates in an annual event called Celebrating Agriculture the third Saturday after Labor Day, during which it opens its doors to hundreds of visitors, providing detailed guided tours of every aspect of this progressive, environmentally oriented dairy. 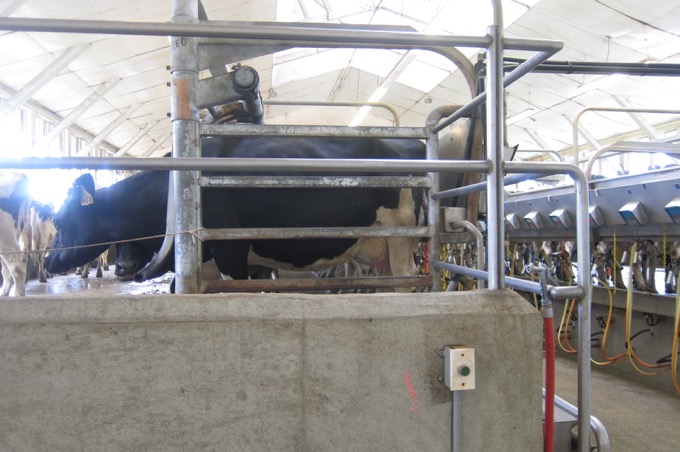 On this Farmer’s Cow Open House Day there were wagon rides and games and stuff. The cows seemed happy and while we didn’t get an official tour or anything, we got the full feel of the place. Of course, all Calvin wanted was ice cream. Maybe he knew the farm’s owners were also part owner’s of the Farmer’s Cow? And therefore there should have been mountains of free, delicious ice cream? Just wait, kid. We’ve got more to learn, from Fairvue’s excellent website.

A: Yes, there are differences. Holstein milk is 3.5% butterfat. Milk from Jersey cows is higher in butterfat, – over 4%. Holsteins are the most common breed of dairy cows. About 80-90% of the milk we drink comes from Holsteins. 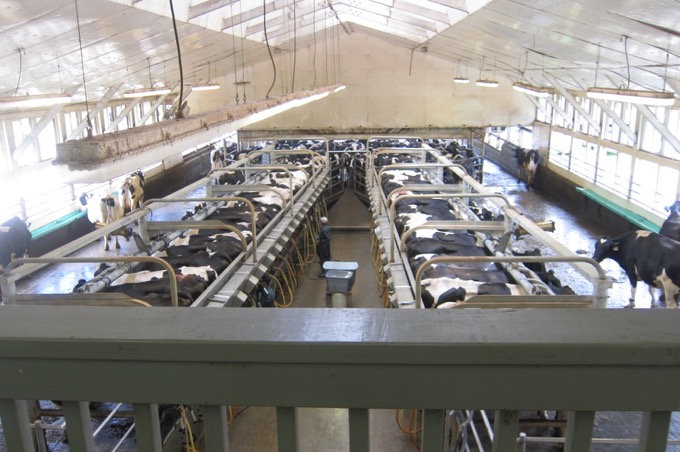 Q: How do you make sure you get girl cows?

A: Fairvue Farms currently uses sexed semen, which can result in about 90% female calves (vs. 50% if non-sexed semen was used.)

I didn’t know either of those things. There is one Q on their FAQ that I found even more interesting though.

Q: Are those veal calves in the hutches?

A: The white hutches you can see from the road are individual houses for female dairy calves. The hutches are turned to face south in the winter to keep them warmer, and face north in the summer so they can be cooler. The hutches provide shade and protect the calves from wind and rain. The hutches are bedded with sawdust, which stays dry under the roof. The calves have free access to water and grain in their hutches. We keep them separated so that they do not touch each other, which could spread disease. The calves in the hutches are hand fed milk 2 times a day by bottle for 10 days and then by pail for an additional 6 weeks.

So… is that a… yes? They are veal calves?

Ok, Calvin, we won’t tell you what veal calves are and you can have your stinkin’ ice cream. Brat. 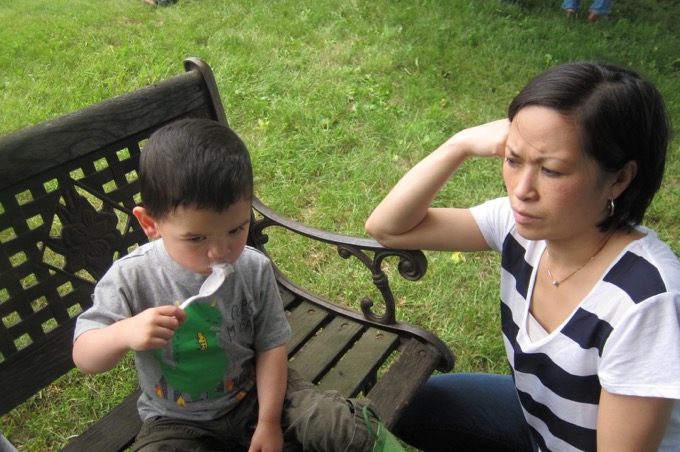