CTMQ > Everything Else > Biology & Geology > Largest Cairn in Connecticut

I just wrote about being surprised in the Manchester woods by a nice little covered bridge at the Oak Grove Nature Center. And I was surprised!

But that surprise pales in comparison to the jaw-dropping surprise I felt when I happened upon what I am claiming to be the largest cairn in the entire state! Just look at this thing! And how artistically it has been sculpted! 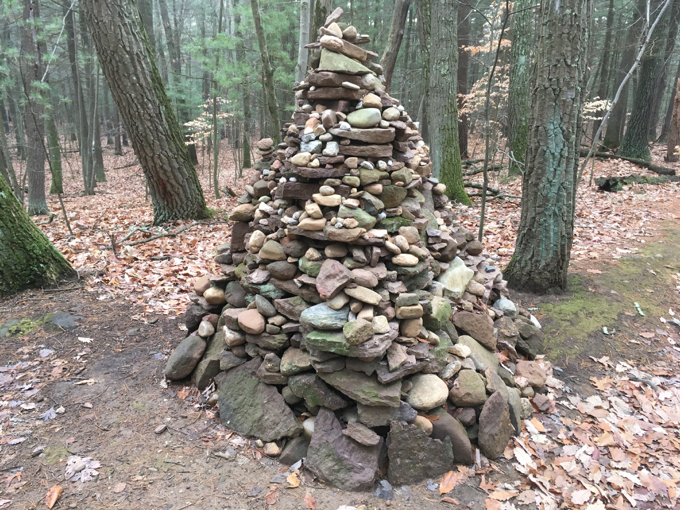 I didn’t have a banana for scale, but it’s probably just under 6 feet tall.

That’s art! Like Andy Goldsworthy! My word! How random!

Okay, Steve, calm down. I have no idea why this was built here (of all places) or who built it, but I like it. Of course I also have no clue if it really is the largest cairn in the state. What I do know is that it is officially in the Manchester Water Department’s Globe Hollow Reservoir land, just east northeast of the town’s former Nike Missile site property. It marks nothing significant that I know of. It almost shows up on satellite images. Seriously. If you must see this thing for yourself, and of course you do, here’s where it is. There are multiple approaches: 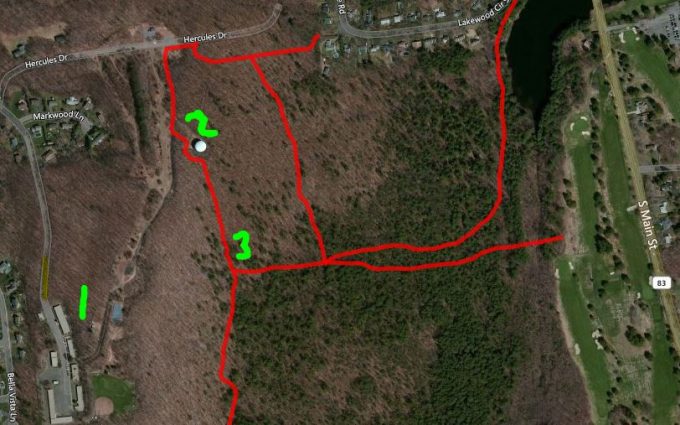 When I’m old and retired and begin to read back through the thousands of pages on CTMQ, I will smile at this one.

I just will. That is all.