If I were to think about which of the 70 or so Manchester “things” I’m visiting and writing about for CTMQ, I’d guess that there are only three with more blog pages dedicated to them than this place. 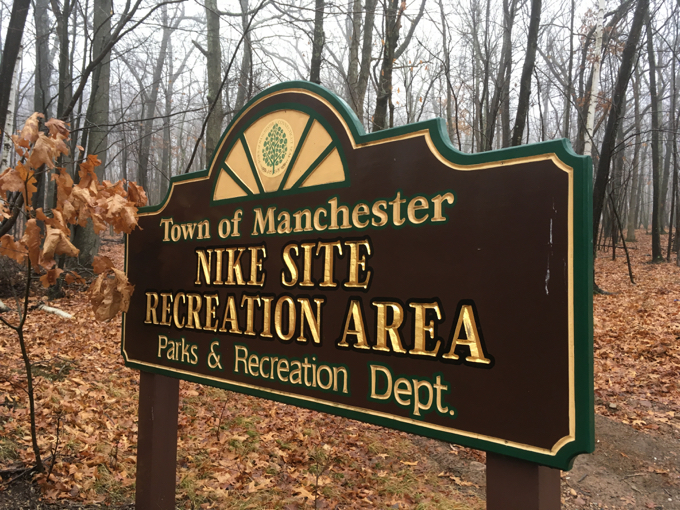 Surprising? Sure. For the record, my guesses would be Shady Glen (food blogs), Case Mountain (various travel/hiking blogs), and maybe the Lutz Children’s Museum (Mommy blogs).

And yet, when I compiled my long list of hikes in Manchester, I originally missed this place. Even more surprising, I know.

There are a slew of cold war missile sites around Connecticut (12 by most counts), but this one in Manchester seems to be fairly unique. There are more original structures here than at other locations I’ve seen. 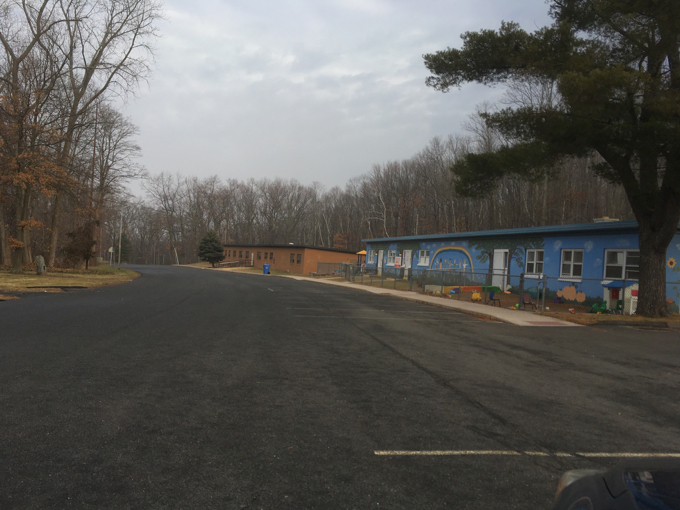 At this point, you can quit my page and take your pick of some others:

The best, by far, is Coldwar-CT.com; factual, researched, tons of pictures, and really… it’s where all of us others get all of our information anyway.

Then there’s Abandoned Wonders which isn’t bad at all; some guys did basically what I’ve done and wrote about it without crediting Coldwar-CT.

And, if you’re woo, there’s always the CT Paranormal Searchers who get scared of raccoons in the night. 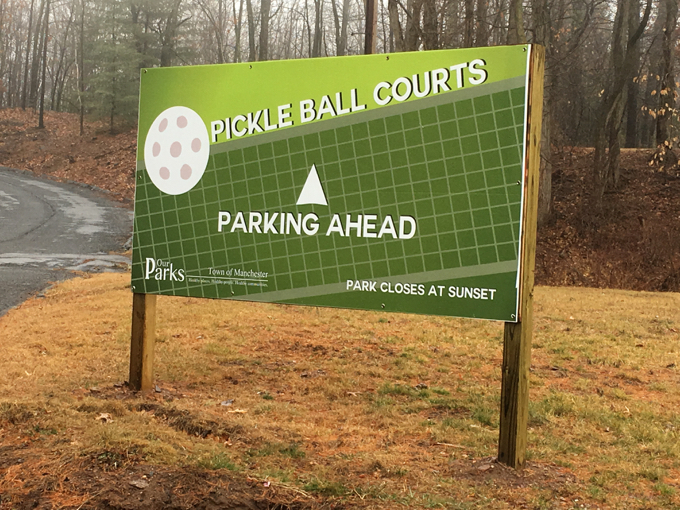 I don’t know what this is either.

Then there’s me. The clown who is supposedly chronicling everything in Manchester (and beyond) but didn’t know about this place until passing a sign for it out on Keeney Street.

I sought to correct this oversight by immediately driving up Garden Grove Road to the top of the hill. It’s a weird place when placed in context. 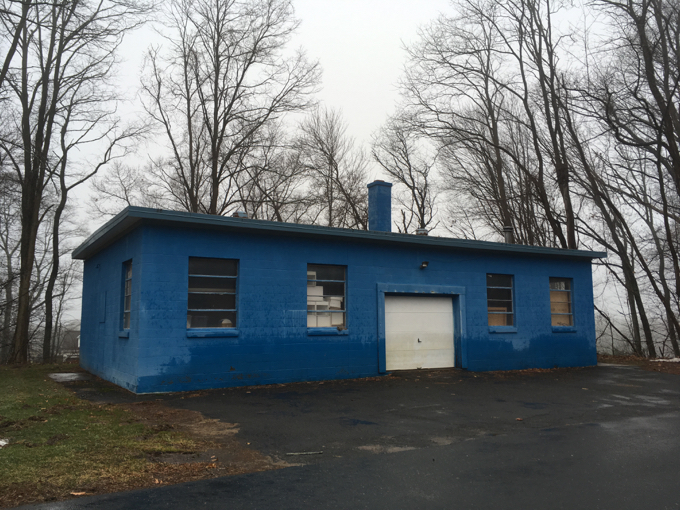 A tight gathering of ugly, squat, cider block buildings at the top of a hill; essentially exactly what you’d expect a mid-20th century hastily built military installation in the middle of suburbia to look like.

The town of Manchester was given the property from the Army in the early 1960’s and they decided to move in rather than destroy or ignore. Today, the buildings contain some town maintenance stuff, a ballet studio, and the Nike Tykes Early Learning and Childhood Center. 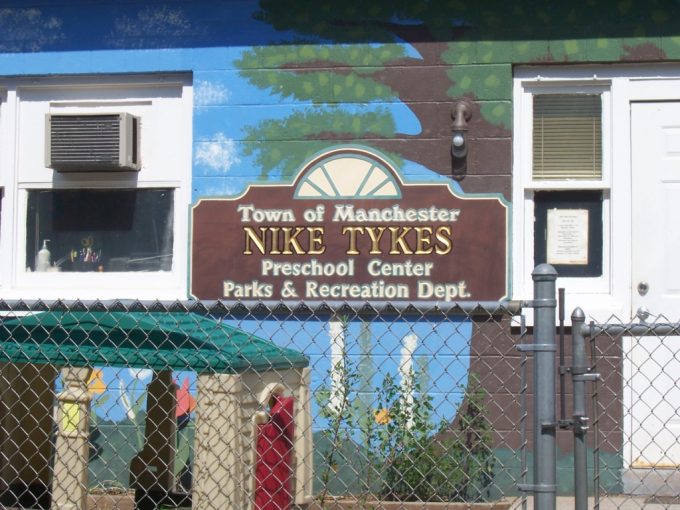 This sign is no longer there (picture from Coldwar-CT)

That’s right, they named a daycare after the anti-ballistic missiles that were once at-the-ready mere yards away. I find that equal parts cool and disturbing.

Although this place is called the Nike Site Recreation Area, there really isn’t too much to hike. I parked at the side of the road by the welcoming sign and walked up a trail to the top of the hill through a rather nice grove of birch trees. 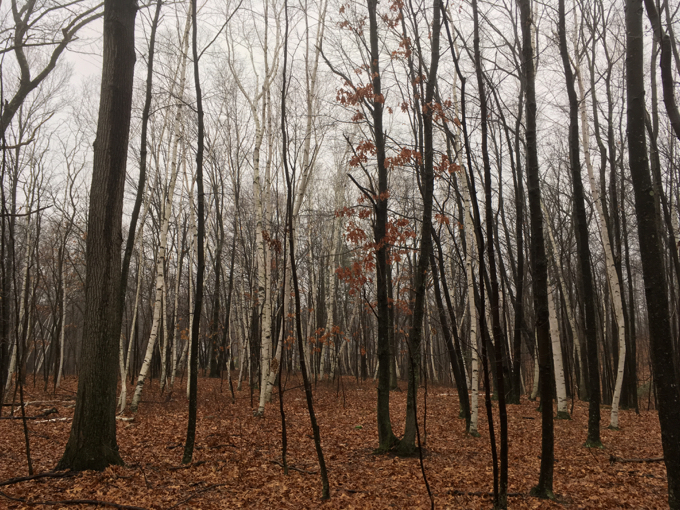 Remnants of the missile site dot the hilltop: launch pads, ruined little buildings, unused powerline poles… The site was operational from 1956 thru 1961. According to Coldwar-CT, the types of missiles here were: Nike 1B, 2C/30A/12L-A (Ajax only).

Speaking of Coldwar-CT, let’s get some more background from there.

One contributor toured the Manchester IFC/radar site in 1973, shortly after the military vacated the property:

Up on the hill where the radar dishes had been I found a small concrete building, approximately 20′ x 30′. It had no door and had been vandalized. I recall that it had extremely thick walls and inside the front door was a maze of right angle turns I assume to keep radiation out, similar to what I have seen in various fallout shelters. Inside the building was a single room and I could clearly see where a large electronic console used to sit . . . the housing was still there and there were dozens of wires coming out of the floor leading into the housing. Exiting the structure I noticed a large wooden panel by the outer door with pegs for various odd shaped hand tools, probably specialized wrenches and the like. I could tell because the tools, long gone, had been outlined in paint on the board. I’m not sure what the function of the building was and unfortunately there is no sign of it on the property today.”

Okay, that wasn’t all that exciting, but again, that site has a billion pictures of this entire area all the way down to Main Street and over to Line Street where the launch site was. 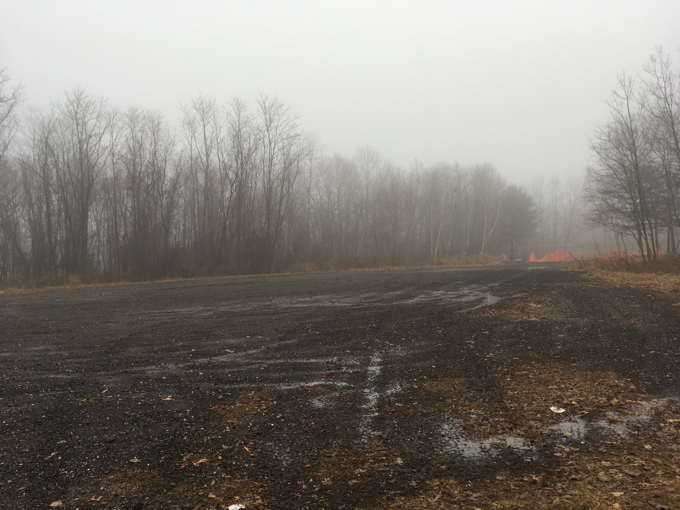 While the Cold War was no fun, and the buildings here are as ugly as communist bloc architecture (ironic, eh?), the hill provides a rather interesting walk back through the decades… right in the middle of Manchester. 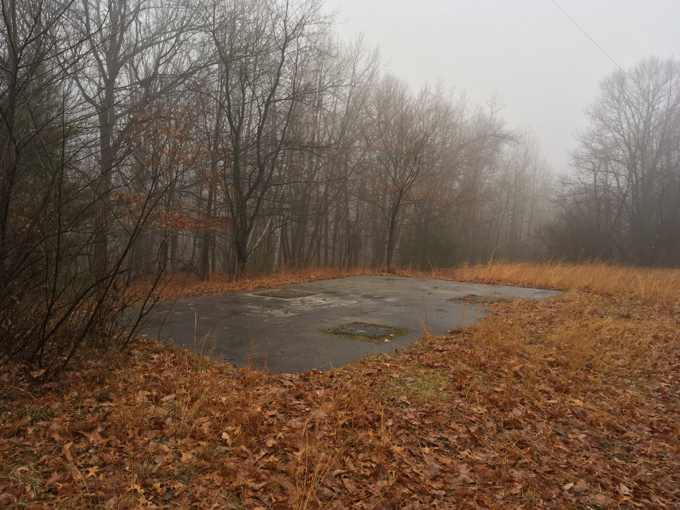 And lastly, if you’re so inclined, today you can hike around the Nike Site and then find your way easily enough to the Manchester Water Department’s Globe Hollow trails. This is a rather large spider web of trails that encompass a wide area from the Nike Site down to Hercules Road, over to Main Street, and then all around the Manchester Country Club golf course and the Lutz Museum, up to the Globe Hollow Pool and down to Line Street. 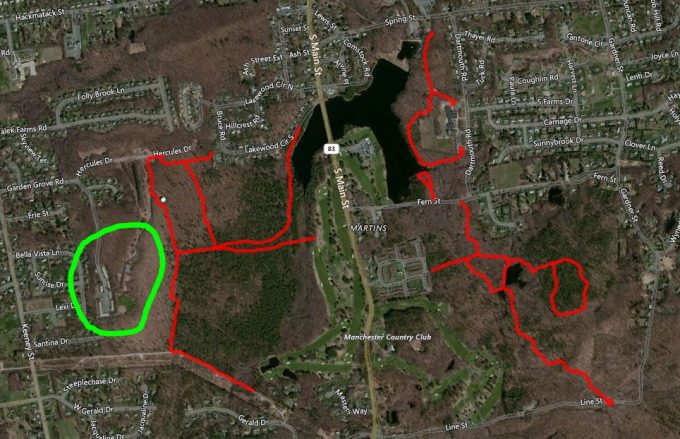 Nike Site circled in green. Red trails are the Water Department’s trails over to Globe Hollow.

A bunch of the trails in red above are old Army roads and unfinished streets and stuff (like a connector between Hercules and Lakewood Circle and more over off of Line Street.)