This post pretty much represents everything I love about these particular tiny little land trust properties – and every reason why I continue exploring them and writing about them. This little place is only 3.68 acres. The “hike” on the “trail” is noted as clocking in at a whopping tenth of a mile. (Seriously) 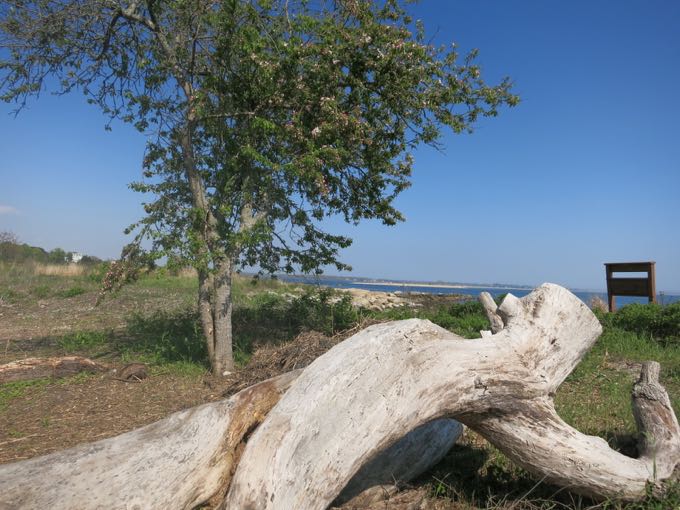 And yet, there we were, my entire family making the visit to the preserve at the end of a lovely day in Stonington.

And here you are reading about it.

As you should be.

The Dodge Paddock/Beal Preserve is a survivor – literally. It’s a great ecological study as well as a preservation success. And, perhaps above all else, kids can have fun clambering over the rocks. 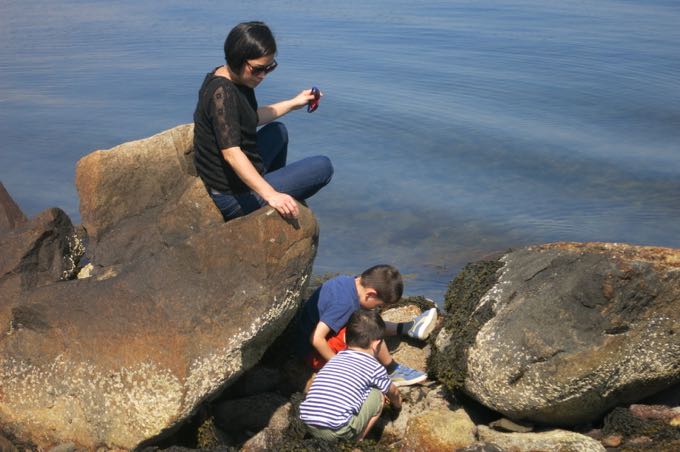 The preserve is in Stonington Borough at the eastern end of Wall Street on Little Narrangansett Bay. There is a little parking lot. Upon arrival, we disrupted some bikini-clad sunbathers who apparently didn’t like little boys scurrying about. Oh well.

There is indeed a trail here and you can see the entirety of it from the informational sign at the parking lot. Again, this is not a long trail. Hoang took the boys to the rocks while I did the little loop. Which do you want first? The ecological destruction, the history of the place? Or how it came to be a preserve? 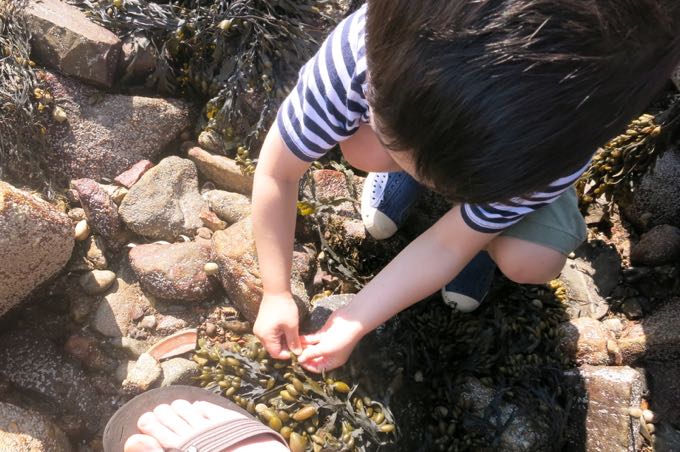 Dodge Paddock was the site of a successful stoneware pottery works during the early part of the 19th century. The states family established the States Pottery in 1811, and it closed in 1835 due in part to the rise of the glassware industry. The “Kiln Wharf” was also a busy shore front distribution point during the 1800’s. Nothing remains of the pottery works, but the Lighthouse Museum in Stonington has a bunch. (CTMQ Visit here.) 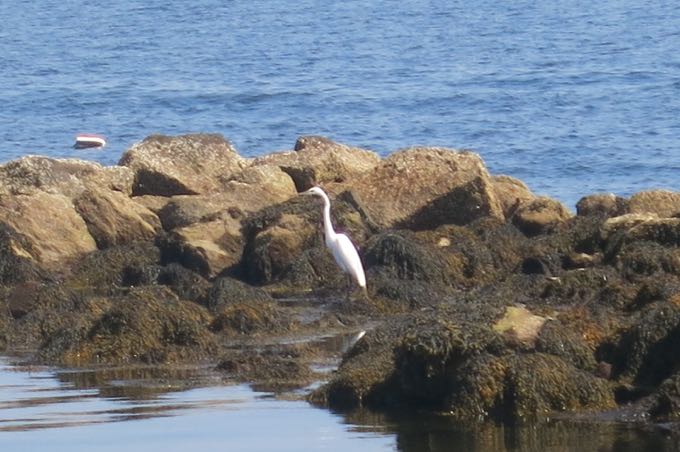 There was also a steam-driven sawmill here after the pottery place, but that burned down in 1865. Since then, the area has remained empty for one hundred years.

When the guy who owned the land (Dodge) passed away, another family (the Beals) who lived nearby, began efforts to save the parcel from condo development. The Beals were the true heroes here, organizing the meetings and collecting money from neighbors… uultimately purchasing the parcel. Furthermore, they gave some of their land to the land trust as well. 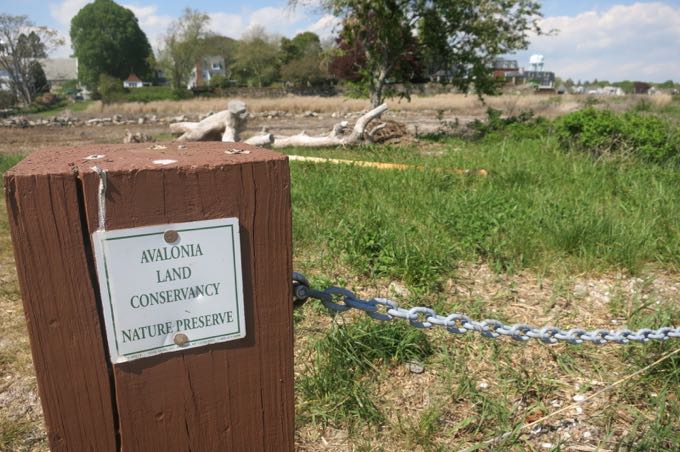 The folly of building condos here was fully illustrated by Hurricane Sandy in 2012. The Preserve was fairly well destroyed by the storm; the drainpipe was ruined, tons of junk was dumped here, and the ecosystem was severely disrupted.

No one ever remembers the water being so high and so forceful. Boulders were tossed like pebbles, and logs burst through the old seawall like battering rams. The breach allowed more debris to flow in. The higher marsh and meadow were covered with all manner of litter: logs, boards, docks ropes, glass and plastic, as well as about a foot of seaweed and other vegetation. The small brackish pond was completely flooded and the drainage outflow, a clamshell covered culvert, was broken, filled and slammed shut with rocks too big to move. Water flowed all the way back toward the houses on Main Street, and Wall Street was under several feet of water. It was almost too unbearable to witness and impossible to try to figure out what to do first. 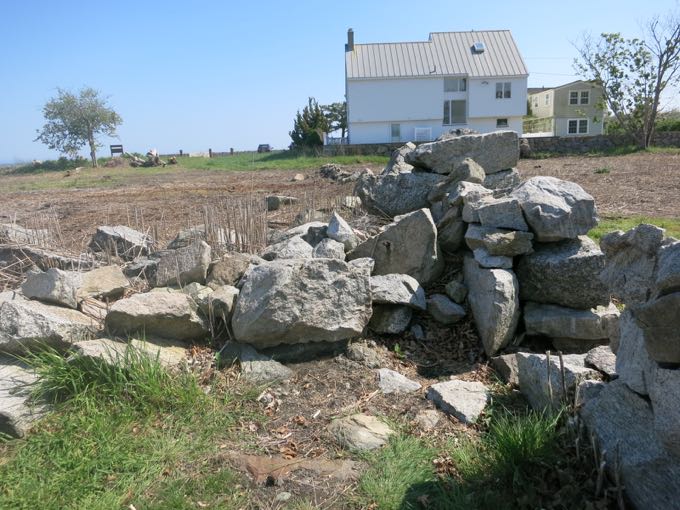 Oh dear. Of course, Avalonia volunteers came together, developed a plan, and got to work. Lots and lots of work. Actually CT DEEP pitched in due to the dire situation, and ultimately permitted a swale to be dug to drain the property. While they were at it, they helped getting rid of the phragmites that plagues the parcel.

Marsh preservation continyes today and the land trust is providing nice updates on the progress. 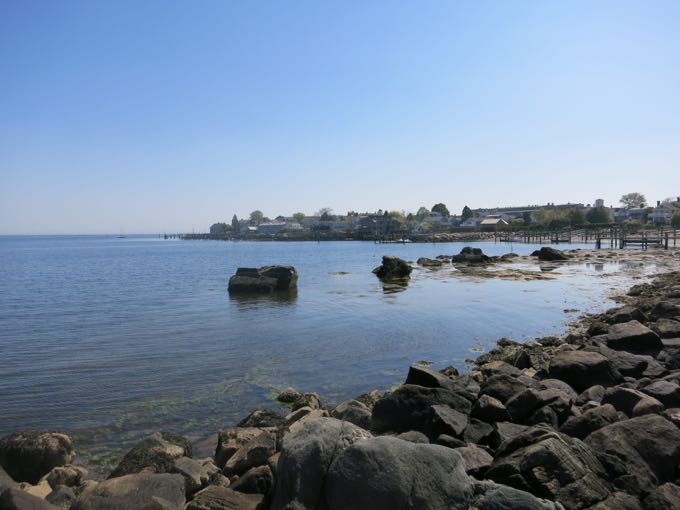 I’m glad that my family and I got to see this place in a more restored than destroyed state. The walk around the “trail” is pleasant, even if half of it seems to be in people’s back yards.

While the boys were having fun with Hoang on the rocks, I poked around a bit and actually found a piece Stonington Pottery from the old States factory! 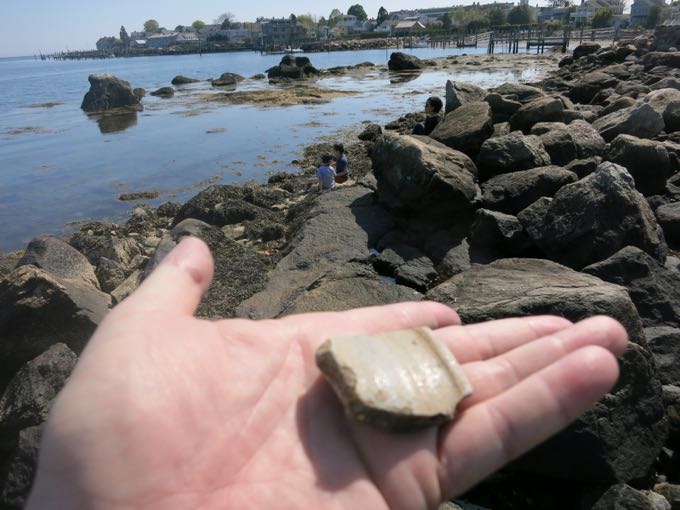 As I said, this tiny place has it all.

I wrote this post after writing up a week’s worth of Mystic/Stonington posts from one Saturday’s adventure in May 2015. We started the day at the beauty of – and severed arm at – Enders Island, A couple delicious pints at Beer’d, some CT cheese at Cheese Boro Whey, and finally ended our day here.

It was a good day. 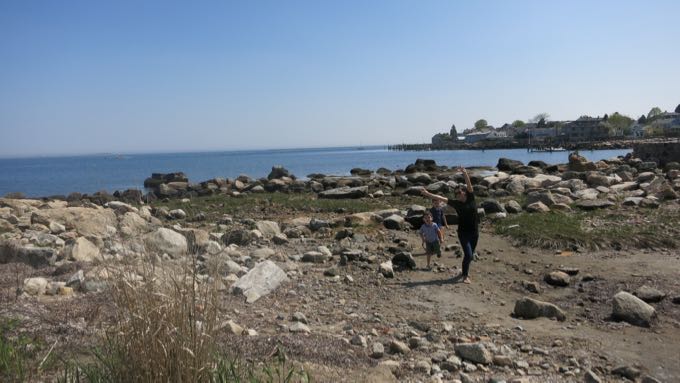