As is the case with so many of my CTMQ lists – almost all of them, actually – I started them with the ignorant notion that I’d easily finish them. Yeah, I’m a ding-dong. 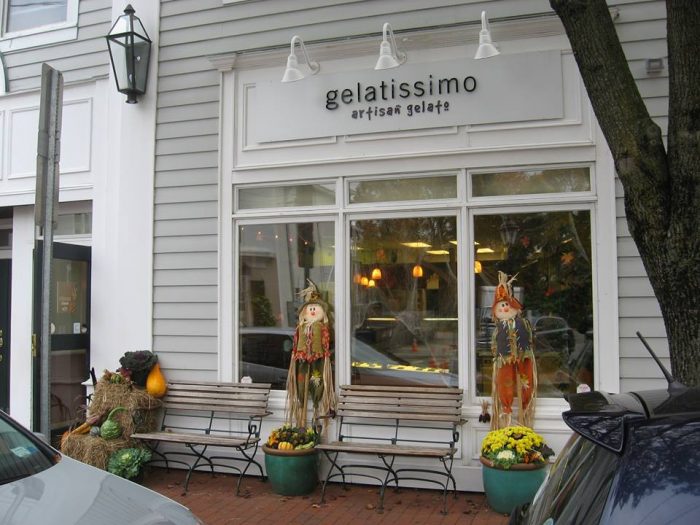 Turns out, there are a million “homemade ice cream joints.” And when I include gelato joints in the mix… okay, that only adds a few more.

First, gelato has significantly less butterfat than ice cream’s typical 18 and 26 percent. However, less fat does not mean less taste. With the lower butterfat content, gelato is less solidly frozen than ice cream and melts in the mouth faster. Therefore, the customer will taste gelato’s full flavor immediately.

Second, gelato has a much higher density than ice cream. Ice cream is produced by mixing cream, milk and sugar, then adding air. Manufacturers add air to ice cream because it nearly doubles the quantity of their product. But, it cuts their quality in half. No air is added to gelato. The result is a higher quality dessert with a richer, creamier taste..

Hm. I’m not sure of the scientific accuracy of that “cuts their quality in half” statement. 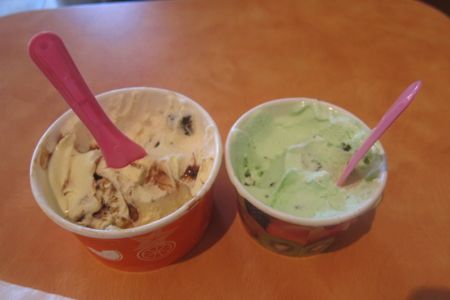 So there you go. And my fourth difference? That, disregarding everything you just read, it’s ridiculous to pretend gelato is as good as high quality ice cream. CTMQ rule: Don’t be ridiculous.

Or, to have my wife put it better, “The only time gelato is better is if I’m somewhere in Italy with the Amalfi sun shining on my face and handsome boys in Armani suits flitting about on scooters.”

Anyway, we didn’t get that in New Canaan, despite it being an absolutely perfect October day. No, “downtown” New Canaan is where one goes to make fun of the uber-rich and their awful fashion choices. But it’s also a good place to go to enjoy some really, really good food. 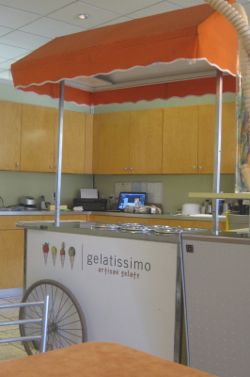 The flavors here are creative and wide-ranging. I went with my ice cream standby (mint chocolate chip) and was satisfied. Hoang, always more dessert-adventurous than I, opted for a mix of Biscottino (sort of a cookies and cream type thing) and Almond Joy.

She proclaimed it delicious. They do call it “artisan gelato” after all.

There are other flavors here you won’t find in your typical frozen treat shop. Like Panna cotta – which they stated they don’t know the translation for. Um, it’s “cooked cream” and real panna cotta is horrifying to me. Therefore, I steered clear of the frozen version. 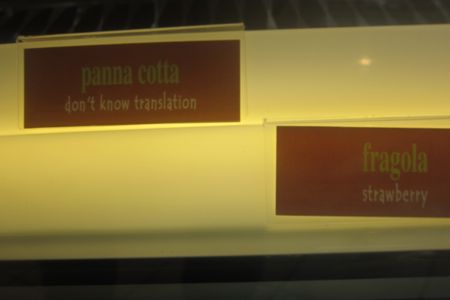 This is a bright and cheerful place. You can indulge and not feel like a total pig. Although at over 10 bucks for a small and a medium scoop, I guess you can’t indulge too much. Unless you’re from New Canaan in which case you could buy the entire shop, all the gelato in it, the immigrant employees for a life a servitude, the souls of the owners, the cars of everyone who visits for a week and yes, even the little flat screen that was showing an NFL game during our visit.