You’ve all seen it. Many of you have passed it 100’s of times. I know I sure have. The strangely placed, impossible to read, tall, black monument on route 44 on the Avon side of “the mountain.”

“The mountain” being Talcott/Avon Mountain – site of numerous deadly crashes over the last few decades. Why did someone decide that placing a rather imposing stone monument on this road was a good idea? Did we really need another reason to distract drivers on the hill’s dangerous slopes? And who’s going to be the idiot to get a picture of the thing and live to tell about it? 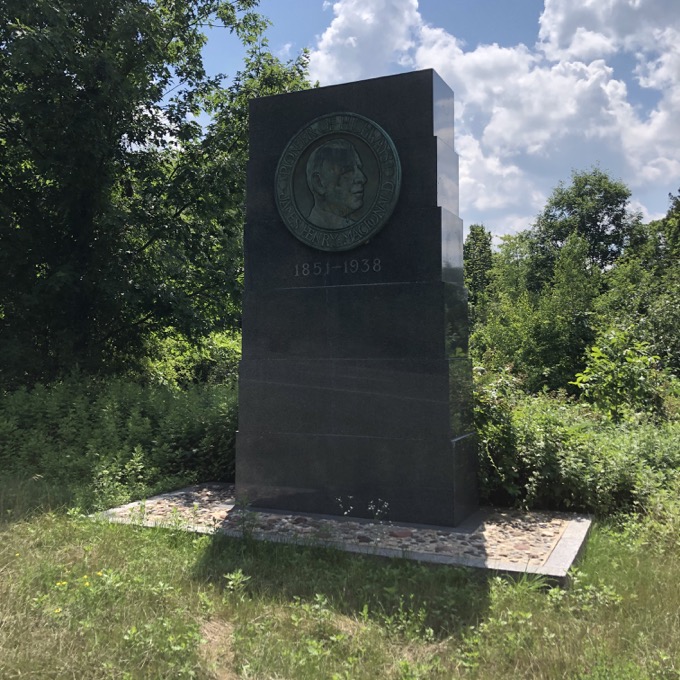 Back in the day, highways were Utopian. They represented the American dream – and they were two or four-lane roads like US 44. They simply made life better. And MacDonald was “one of the first national prophets of the present automobile era,” reported The New Haven Register in 1933.

MacDonald was appointed to the Connecticut Highway Commission in 1895. Before cars were a thing. During his tenure, they certainly became “a thing,” and MacDonald championed them, driving his Hartford-built Pope car around the dirt roads of state. He developed the entire trunk system of highways (again, these are roads like 44 and 6 and 69 and 169, etc. Not I-84 and I-91.)

I keep mentioned 44 because, well, that’s where the state decided to honor the man – beside one of his greatest achievements. Talcott Mountain was quite a barrier one hundred years ago. You think it’s steep now? Check this out: Before it was improved by Commissioner MacDonald, the road had a 25% grade in western sections. Holy cow.

MacDonald personally toured the area and sorted out the path of the road that would result in the safest slopes at the lowest cost. The resulting road (now since improved upon many times over) was done for less than $250,000 and caused engineers from other states to visit and marvel at the low-cost feat. 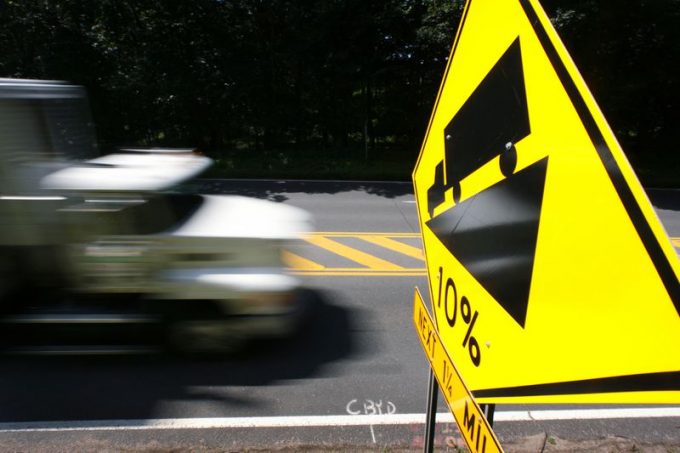 Governor Wilbur Cross (who now has a highway named after him) had the state commission the memorial to pay tribute to the man who “brought science into road building and fought to redeem dirt roads from the thraldom of mud.” Yes, he said “thraldom.” MacDonald also helped shape a lot of legislative rules that allowed for the state to aid towns in public works.

And now, nearly a century later, next time you’re slowed by another accident on “the mountain,” and crawl by this black monument… now you know.

Some of the above is from Connecticut Miscellany by Bill Faude
CTMQ’s Statuary, Monuments, & Plaques
CTMQ’s Roads & Tunnels