*I completed the Shenipsit in 2010… but then they extended it at some point and I had to go back up to Stafford to complete it again. 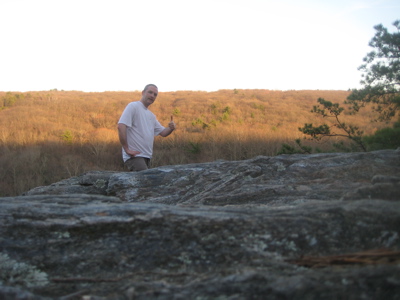 Atop Valley Falls Park in Vernon

I have no idea how long the Shenipsit really is. Everything I read says it’s 41 miles long. But that’s without the 6 or so “new” miles in Tolland and Vernon (my section 4) and some Bolton/Manchester road walking I think they skip, not to mention the nearly 27 miles of Shenipsit regional trails in Gay City, Risley Pond, Case Mountain, Belding Wildlife Management Area and Valley Falls Park. Heck, throw in the trail up to Squaw Cave in Bolton and we’re talking somewhere around 70 Shenipsit miles all-told. *Oh, and now the one-and-a-half miles tacked on to the northern terminus in Stafford.

I walked every mile over three seasons. I can’t imagine too many more than 20 people have done that.

I’m hardly bragging… These are not difficult miles at all. In fact, perhaps the most difficult aspect of the Shenipsit is avoiding run-ins with suburban housewives letting their dogs out into their backyards. Or running across Route 2, a four lane highway. Or holding a conversation with a fellow hiker while traipsing mere feet from Interstate 84 in Vernon.

Despite the last paragraph, I really enjoyed the Shenipsit. It’s weird in spots, but it’s a survivor. And that’s why I love it. There a section south of Gay City in Glastonbury where the Shenipsit bobs and weaves through neighborhoods, skirting backyards and venturing down pristine new streets. This occurs again north of Case Mountain up in Manchester. And yet, some of the treks between those odd stretches are beautiful and feel very remote. 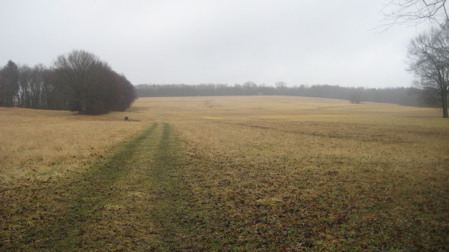 The Shenipsit gets no respect. Its southern terminus is on some dirt road in East Hampton and its northern end is similarly located along a remote dirt forest road in Stafford. There are no signs at either end. It doesn’t get mentioned when talking about Connecticut’s “big trails” ever. It’s probably more endangered than I realize and I really hope it survives forever. 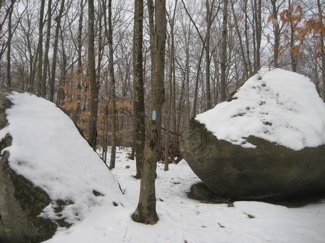 Unlike many of the other better-known longer trails in the state, I couldn’t really find much online about the Shenipsit. You’d think, in a way, it would be more popular since it does link so many towns and populations. I often think of all the little kids who wander the woods near their homes in, say, Somers and come across the blue blazes of the Shenipsit. If I were a 10 year old kid and someone told me I could follow those blue blazes down nearly to Portland, I’d be fascinated. I’d beg my dad to walk all the way to Portland with me and he’d grumble about crossing 84 and 384 and route 2 and this and that and that would only pique my interest more.

I swear, this trail is like your old, good friend who no one likes for all the wrong reasons. I’m going to become the Shenipsit’s number one fan. Who’s with me?