The Best Reason to go to Granby?
Cambridge House Brewpub, Granby
Several Visits over the years

It makes no sense that I’m finding this page difficult to write. You’d think that a place I’ve been to ten times over the years would be easy to write about. But it’s not. And I don’t know why. 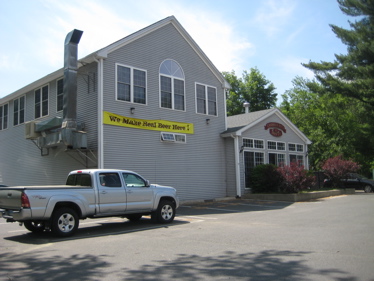 One reason it’s difficult is because their website is awful. Now, I know blasting restaurant websites is cliché, but I don’t care. But I do care that the Cambridge House has updated their site and it’s now a pleasant web experience. This paragraph used to drone on about the difficulties I had with their old site. So now I’m just filling space.

Other difficulties include my random pictures of the place over the last 3 years (the pictures here are from two different visits); always meaning to write about it but never getting around to it. And lastly, their eternally rotating tap list (as with all good brewpubs) is impossible to nail down.

Alas, I really do enjoy “the pub” as locals call it. I’m not really a local local, but I’m local enough. Heck, if I isosceles triangle it home from work, it’s “right on the way!” 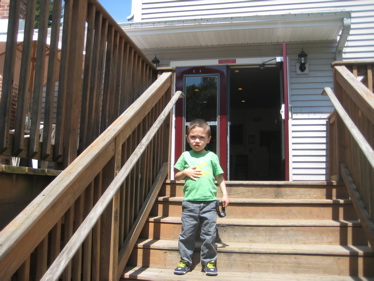 This place is as traditional an American brewpub as you can find. TV’s playing sports in every nook and cranny, standard pub fare is abundant, and waitresses wearing football jerseys on Sundays in the fall. The food is decent and their Portobello burger is really pretty good. Service over the years has been very hit or miss though.

(On my last visit; just me and Damian, our waiter was a little harried but attentive. On other visits, I’ve been pretty much ignored and yet on others, I’ve been doted upon. Which again, is pretty standard pub protocol I suppose.)

But this page is about the beer because Cambridge House actually DOES brew their own beer. The brewery area is cleverly housed behind the bar behind glass, but to get a true look at the works, you have to sort of awkwardly peer over the half-wall. And if you’re interested in such things as I am, you look like a doofus doing that. (Though, it could be argued, I look like a doofus doing anything.) 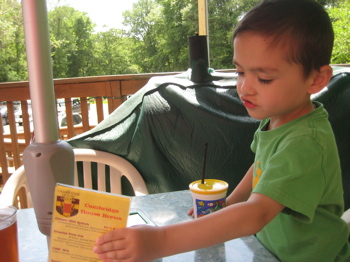 So… the beer. I’d love to be able to give you a run-down of their offerings, but after wading through random links to their MySpace page (really?) and a weird 3-year-old story about some dumb thing that makes no sense to still have on their site, I found their beer list out of date. Ahem. Now it’s 2012 and I can give a better picture of the CBH brewing process as well as a rundown of their selections.

They have an award-winning kolsch that my beergeek brother-in-law heard about in Delaware. Seriously. Now, I don’t like kolsches much, but was still excited to watch a beer nerd like Brian drink it. Whoops – no kolsch during our random visit back in, oh, let’s say 2008.

Their IPA is better than average and it’s my “go-to” beer here. (And props to them for naming it “Abijah Rowe IPA” for as all CTMQ readers surely know, the town’s historical society runs the Abijah Rowe House Museum – CTMQ Visit here.) 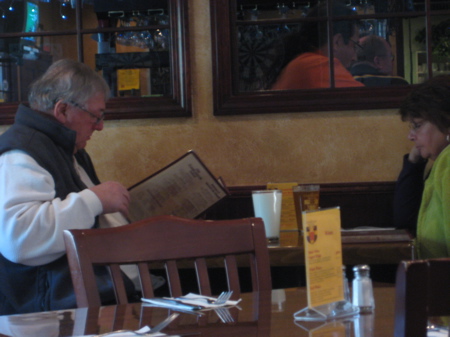 What’s up with my man drinking milk at a brewpub?

They also brew a bock, an altbier, a brown ale and a stout. The brown ale I remember being pretty bad and the stout as being really good. The stout, deemed Moonbeam Stout, is a Bourbon barrel-aged Imperial Stout with a healthy 9.8% ABV. Definitely worth a trip up to Granby alone.

[I used to have some stuff here about the previous owners of the CBH and some sticky legal issues they were involved with. I’ve been assured that the new owners have nothing in the world to do with the previous clowns, so it’s time to move forward with this stuff.]

But it still bears mentioning that there was a second Cambridge Brewhouse out in Torrington which didn’t last long and closed unexpectedly one day in 2010. It appears that the former owners were playing games with their taxes and even got into a fight one night and, well, who cares at this point. None of that has anything to do with the current operation. 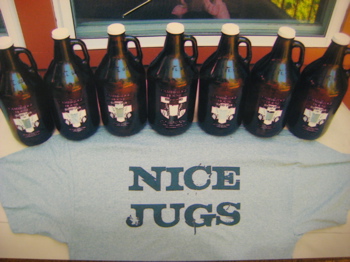 (I used to have a bunch of stuff about the previous owners.)

As this site isn’t my job, and as it’s become rather huge in scope, I make no bones about having out of date stuff here and there. It’s just a fact. BUT, when an organization or business owner contacts me about erroneous and/or woefully obsolete information – such as this page was – I’m more than happy to update accordingly. CBH has a spiffy new website and a clean tax record. I feel badly whenever old and sometimes hurtful information lingers on CTMQ. That is not my goal. 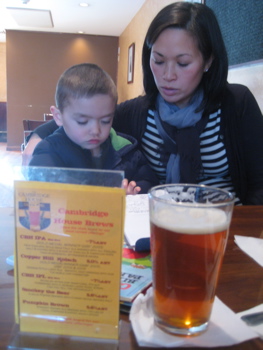 On another note, I’ve decided that I should have a page dedicated to all the beers brewed in Connecticut. In 2012, there’s supposedly something like 5 new breweries coming online thanks to some relaxed legislation at the state level. So I’m excited to get back to the CBH to give their brews another go – and a more intelligent tasting.