Our Saturday began with America’s sworn enemy Iran taking on Portugal at 9 AM. Since Ed and I had already cheered on Portugal last weekend, Damian took it upon himself to root for the underdogs yet again. Not that he likes Iran or its leaders or anything. I promise. He was smitten with the attractive Iranian girl he saw before the game: 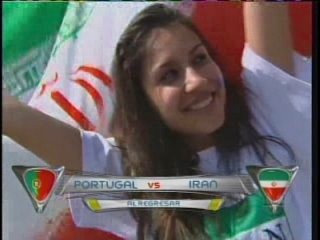 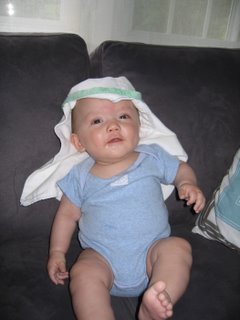 Iran looked good early, and Damian was excited about their chances. Doesn’t he look, ahem, “sheik?” 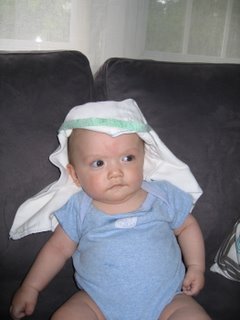 But alas, the Portuguese proved too strong and won. Poor Damian – maybe next match!

Up next was an important game for the US team’s chances. Ghana was playing the Czech Republic and – though everyone knew it would be impossible – if Ghana were to win, we would still have a chance. So Damian quickly forgot about his Iranian losers and went on a Ghanian adventure to support his new favorite team. Into the jungle he went… 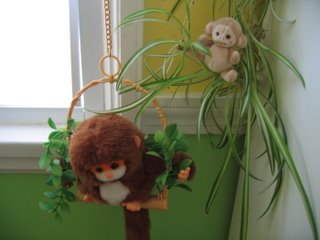 Damian saw the monkeys of Ghana… 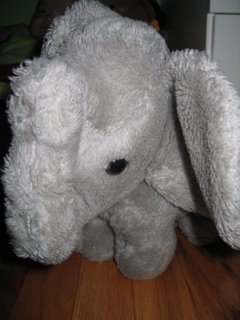 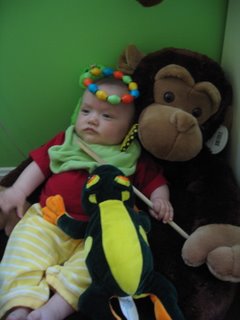 Against the Czechs, Warrior Chief Damianuu conjured up all the spirits he knew. 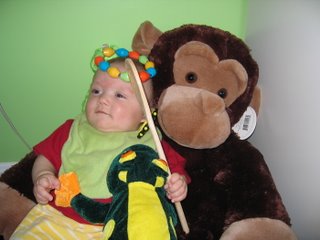 Unbelievably, it worked! Ghana won 2-0! Chief Damianuu was happy and the US was still alive! 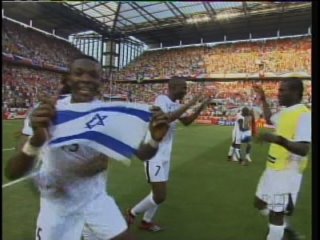 If someone can explain this to me, I’d be appreciative.

The next game was US-Italy and now it actually meant something.
2006 World Cup Tour