This house is HUGE – but this is the best I could do for a picture, as it’s a private residence. From Wilton’s town website:

During the years prior to the Civil War, the antislavery movement was strong in town, and Wilton served as one of the stops on the Underground Railroad, a loosely organized escape route to Canada for runaway slaves. The Civil War itself, however, had little impact on Wilton, except that the continued success of local businesses was due largely to the demands of the war effort. 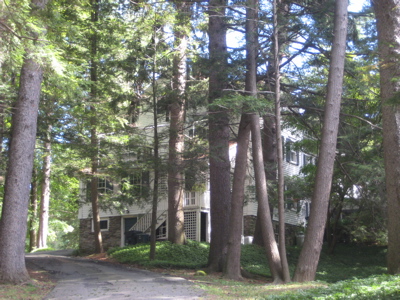 This home was owned by abolitionist William Wakeman in the years before the Civil War and the Town of Wilton had a dedicated group of other abolitionists centered around the local Georgetown Baptist Church. Newspaper articles recall stories about Wakeman’s late night journeys to nearby towns with fugitives hidden in his wagon. A tunnel accessible by a trap door in the floor exists underneath the house, although the entrance is now sealed. This home is privately owned and not open to the public.

Check out the images to see a tunnel. Definitely cool, assuming its true.