I certainly haven’t been to every Connecticut state park or state park like entity (of which there are many), but I’m going to go out on a limb and suggest that a day of combining Windsor Meadows and the Windsor Locks Canal Trail State Park a few miles north of this place would perhaps make for the ugliest one-two state park punch in the state. 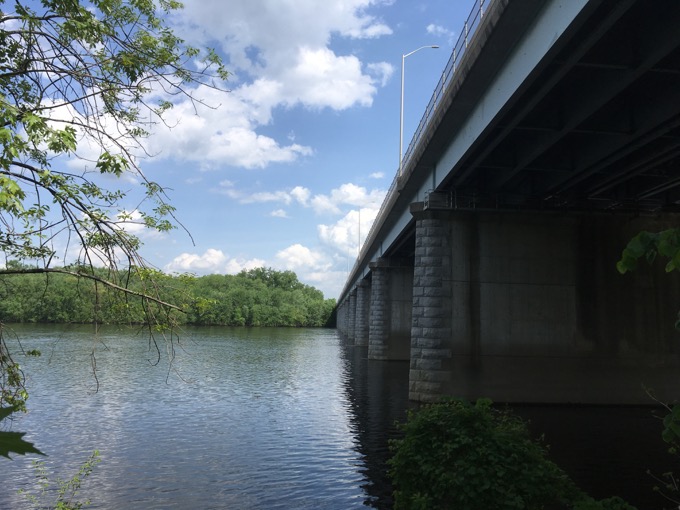 Is that mean? Do state parks take offense? I think I’m okay.

To be fair, Windsor Locks Canal State Park exists for its very interesting historical ties and Windsor Meadows is much larger than the little patch where people go to fish. It serves an important ecological function; much of it, unfortunately, seems to be “a place to collect old tires so they don’t go into the river.” 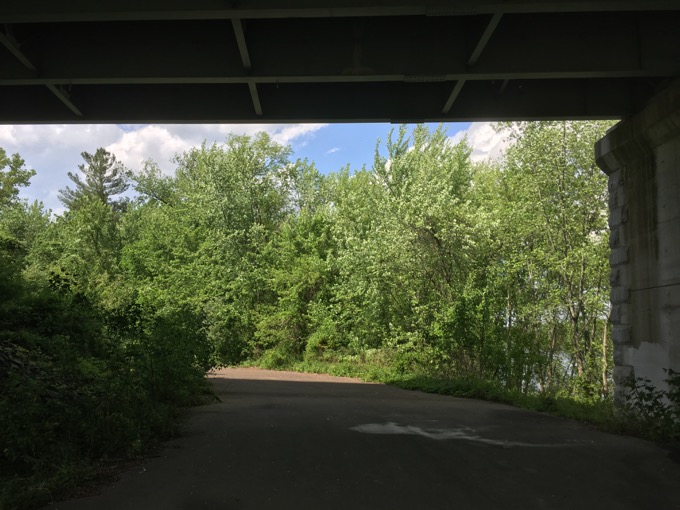 The guys who were fishing during my visit seemed to be enjoying themselves and their giant Natural Ice cans of beer. The guys who were testing how loudly their car stereos could go without blowing the speakers seemed less interested in the natural beauty of the river.

I began my exploration by heading north from the parking lot. Don’t do that. It’s awful. Tons of garbage and poison ivy and who-knows-what-else. Just… don’t. There are a couple of parcels of state park land north of the boat launch/fishing area, but I simply wasn’t keen on getting to them. 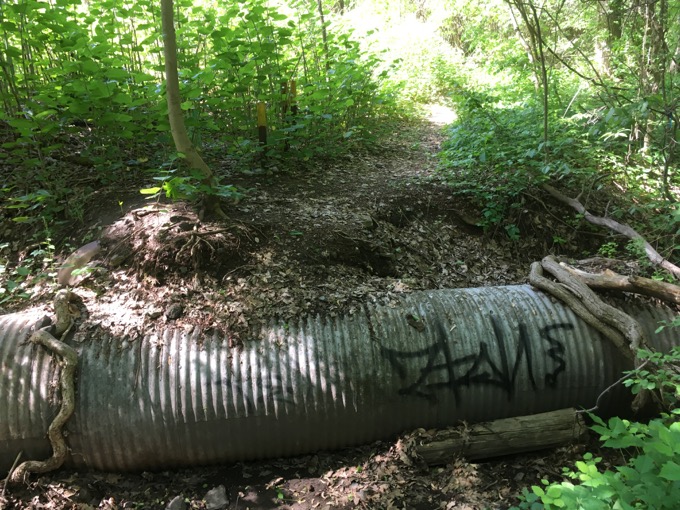 Windsor Meadows State Park offers 155 acres of Connecticut River woodlands. Its general north/south configuration is bounded to the west by railroad tracks and to the east by 1.6 miles of river frontage along the Connecticut River.

There are active railroads near a few other Connecticut state parks. But Windsor Meadows has the graffiti and garbage to go along with it. It’s like walking through the opening montage of Welcome Back Kotter. 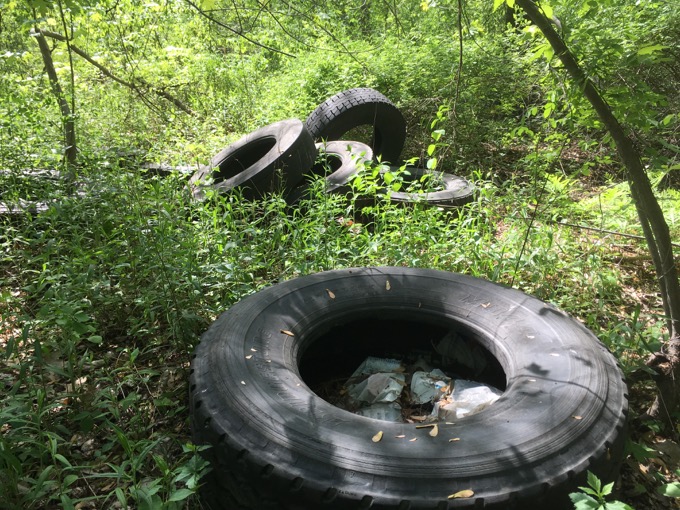 The park is divided into three sections with the southernmost section being the most visited. This south section is both the largest, measuring 88 acres, and the most popular as it is the location of the Bissell Bridge Boat Launch. The launch features a concrete ramp and 22 trailer-length paved parking spaces with much additional parking for single length vehicles. It is a popular location for boaters and fishermen. This section is also the location of the trailhead for the Bissell Bridge Walkway Trail. This 1.8 mile trail crosses the Connecticut River separated comfortably from the I-291 highway it parallels and is shared by diverse trail users. The Walkway connects Windsor to the large system of multi-use trails in Manchester and East Hartford. It also offers some scenic views of the state’s namesake waterway in the process. Several picnic tables, a grassy lawn and a small handicapped accessible pavilion serves both the trailhead and the parking area. 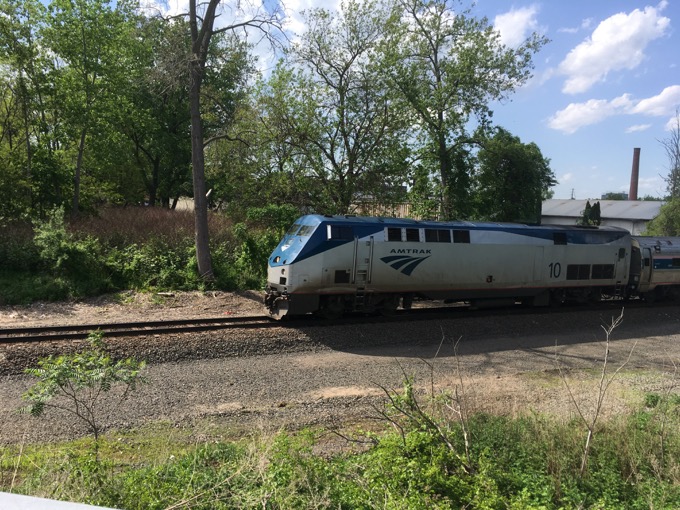 That’s all true. The parking area and fishing area and boat launch area seemed relatively clean. Especially since it’s all, literally, in the shadow of I-291. You know what? I can’t dress this place up. I’ll leave it to the state DEEP:

The northern and middle sections, which measure 48 and 19 acres respectively, offer a quiet woodland refuge along the Connecticut River. Except for the three acres that make up the parking area and boat launch, and a handful of acres leased to agriculture, this park offers much the same riparian environment that the Dutch explorer Adrian Block experienced in 1614. Aboard his ship, the 42-foot, 16-ton Onrust (Restless) he became the first European explorer of the river to travel as far inland as Hartford. It is likely he ventured as far as the rapids to the north, passing this site along the way, 52 miles above Long Island Sound. As it was in Block’s time, the woodlands dominate the landscape today. The floodplain soils of the lower park elevations are renewed every year and are very fertile. Indeed it was reported by Block that the Indians along the river were growing Maize at the time of his visit indicating that some aspects of this location have not changed much in the nearly four centuries since he passed by.

Haha, that’s great. Celebrate how lovely this area was 400 years ago. I’ve got to hand it to the DEEP; that’s their smartest play here. 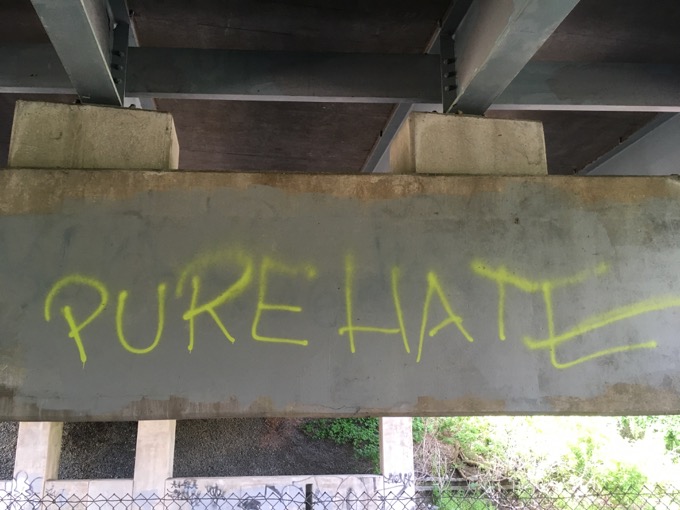 Although is is cool that the fishermen can, I think, catch and actually eat the fish… maybe? There was a time not too long ago that eating fish out of the Connecticut in Connecticut would have probably killed you. And for now, at least, I think they are deemed okay.

But wait – all these signs posted? 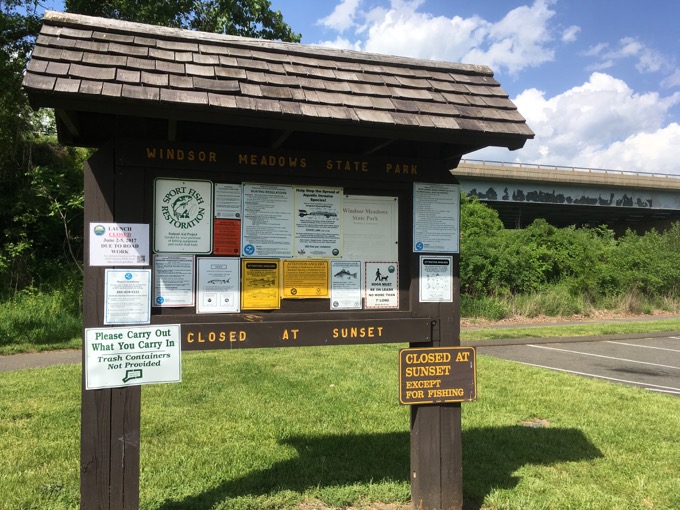 Release all salmon! Don’t eat the catfish! Don’t even think about catching herring or alewives! Something about white perch! So who knows. (Well, i’m sure a lot of people know. I’m just not one of them.)

My real purpose for visiting this park was to walk the Bissell Bridge Trail to South Windsor. 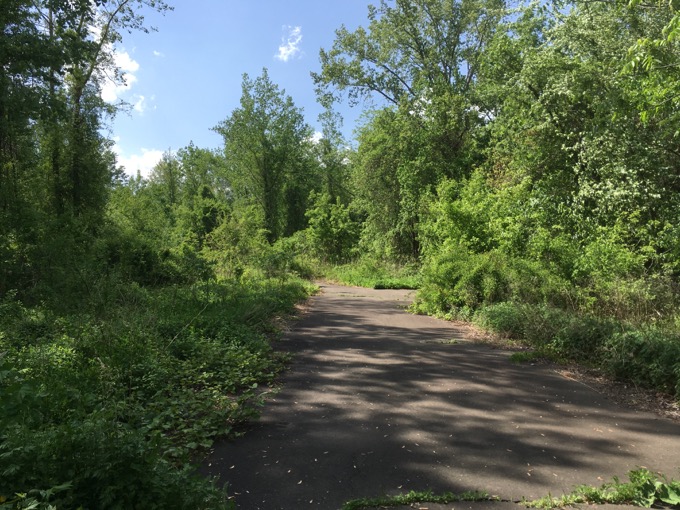