Make No Bones About It… It’s Back!
Farmington (Google Maps Location)
September 10, 2009

The waffling is over. I’m giving this place its own pedestal to stand on as a separate museum visit. Sure, the collection is pretty much a scaled down version of a previously visited museum, but I think it’s important to note the differences – and the mere fact that it exists. 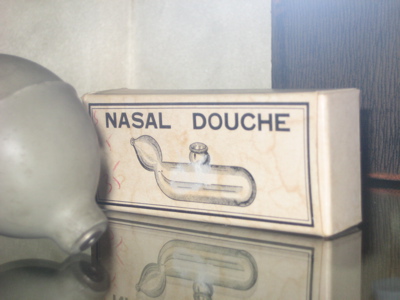 You see, way back in May 2007 Hoang and I visited – and loved – the Menczer Museum of Medicine and Dentistry which was on Scarborough Street in Hartford.

At the time we were told of its imminent demise but that it may be reinvented and reopened over at the UConn Health Center. The first part of the prediction came true in October 2008: It closed. I didn’t hear much about a reopening until August when I received word that indeed they were – at the UConn hospital! 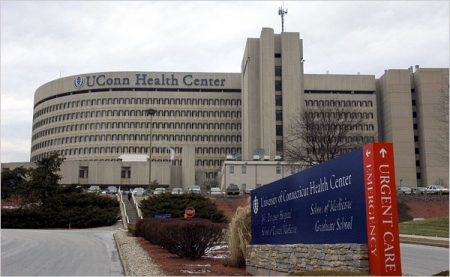 The ol’ Menczer was one of my favorite museums for its quirky devotion to creepy old medical and dental instruments and near deification of Horace Wells – the guy who discovered that nitrous oxide was great for dental surgery. Oh – and the same guy who went crazy on laughing gas and killed a hooker. See, I told you this was good stuff.

I attended the grand opening soirée at the Health Center with about 7 elderly folks. Sure, I spent a minute re-examining my life choices and hobby, but got over it pretty quickly. 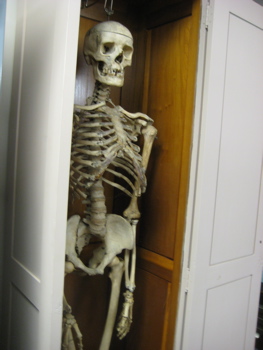 I should note where the new collection is housed… Trust me on this: You will never, ever, ever find this place without a detailed map or a helpful and knowledgeable guide. Since you must park in the visitor’s lot and enter the “Main Entrance,” the way to the collection is a series of twists, turns, multiple elevator rides and walks down hallways that appear to lead to nowhere. It’s in the sub-basement near the maintenance offices.

If one were allowed in the “Front Entrance,” rather than the “Main Entrance,” it would only require a short walk to an elevator and then that final walk down the hallway-to-nowhere. (The Front Entrance is where the Holup sculptures are hidden from the public.) 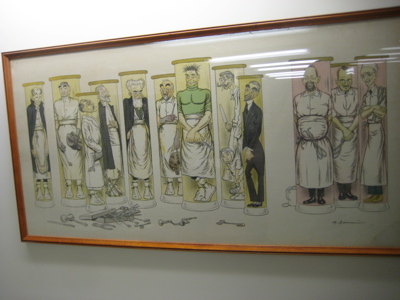 The hospital is very kind to grant space to the Medical Society, so we can’t complain. It must be noted, however, that the space is very, very small. Way too small to display the massive collection of old dental chairs and medical instruments that used to inhabit the old museum.

(Note: Some parts of the collection will be at the Tunxis Community College and other local hospitals. The Fones School of Dental Hygiene at the University of Bridgeport will also have some significant pieces from the dental collection.) 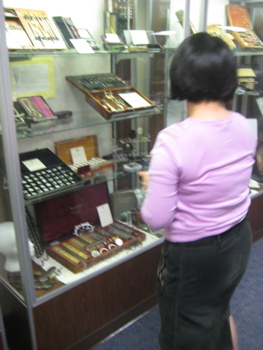 But what the new place lacks in furniture, it makes up for in historical documents and literature. There is a stacks of old medical papers and journals, dating back to the 16th century. The treasures of The Walter R. Steiner Library collection include the 22 manuscripts of the 1660-1730’s by Gershom Bulkeley, an eminent cleric-physician in Connecticut. It also includes dissertations delivered at the first meetings of the Connecticut State Medical Society, account books of 19th century physicians, Horace Wells’ Day Book and pamphlets on anesthesia that form the Anesthesia Collection, and many journals from their first volumes. 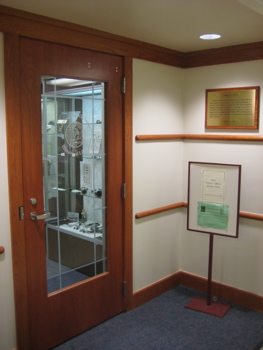 I poked around the journals for a while and wondered what I’d turn up if I did a research project on “mental disorders” from back in the day regarding my son’s rare chromosomal disorder. I’m sure some doctor somewhere wrote up the unique aspects of his syndrome… Maybe someday. 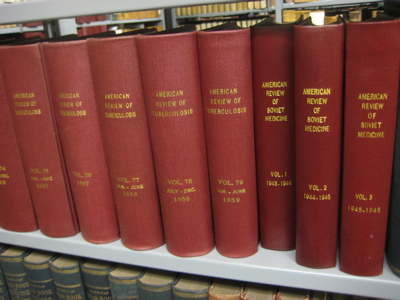 “American Review of Soviet Medicine” from the 40’s. That must be cool.

I missed the dental chairs and antique dentures, but some of the old museum’s highlights were on display. the glass eye collection from the 1800’s is displayed. The icky OB-GYN torture implements were there. 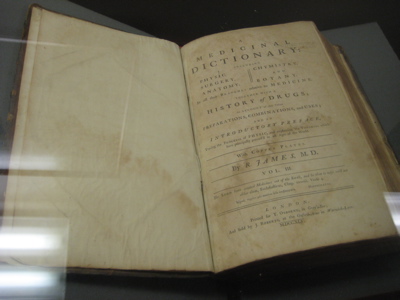 This is Mark Twain’s personal Medical Dictionary, which he apparently loved.

In fact, a lot of the museum’s collection was actually on display out in the lobby of the Front Entrance and also in the regular medial library. So if you visit – and you should – be sure to poke around out there as well.

It’s a shame that the Society had to close their old location… But it sure is cool they’ve been reborn over at the Medical Center.