No one will complain about me writing too much about this little museum.

That’s because I don’t have anything to say about it. There is no information online anywhere at all and the signage at the museum was sparse to say the least. But, in a way, I love these oddball unknown little museums… But they also make me wonder. 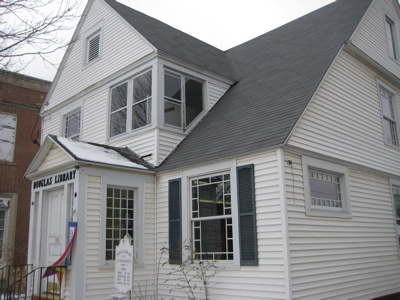 They make me wonder how many other museums are “hidden” away in various libraries around the state. I never would have ever known about the little museum in the Plainville Library were it not for a reader alerting me to its existence. I happened to come across this one one day while skimming Gerry Dougherty’s wonderful photos and noticing the word “Museum” incongruously with a library. His pictures were all I had to go on – but that was enough to get me there. 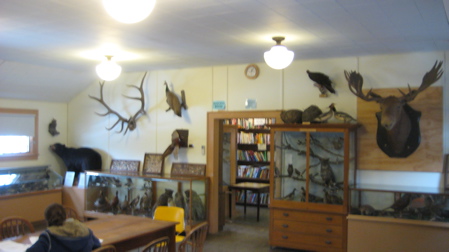 Fortunately, I was joined by Hoang and Damian yet again, so at least my pictures have some “life” to them. 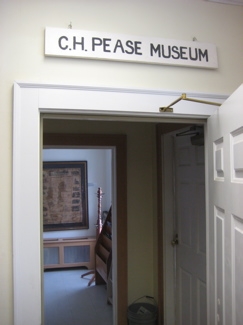 We parked and entered and Damian immediately gravitated towards the one computer in the whole library – but it was occupied and besides, we weren’t here to play computer games. We told Damian there were more computers upstairs which convinced him to come with us to the computer-less Pease Museum. Lying to your children is Parenting 101.

Once upstairs in the museum, we found its contents were spread out over several rooms and anterooms. So, you’re asking, what is this place? 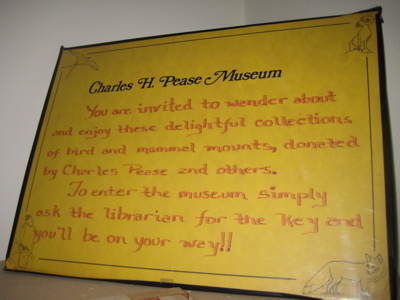 It is a rather long-lived collection of various Connecticut animals in glass cases, mostly collected by one Mr. C.H. Pease almost one-hundred years ago. The fact that these stuffed creatures haven’t disintegrated into dust is a testament to their care and the skill of the taxidermist. Oh sure, they’ve all faded into muted grays and tans, but it’s still impressive to say the least.

In the main room, the specimens are arranged by logical taxonomy for the most part: 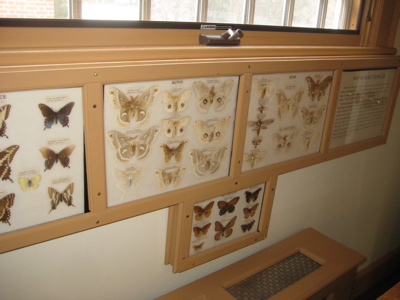 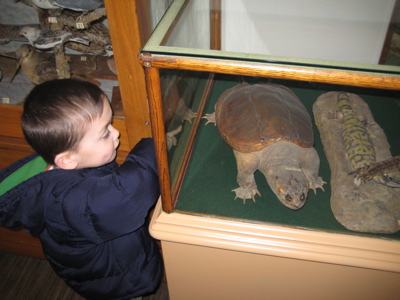 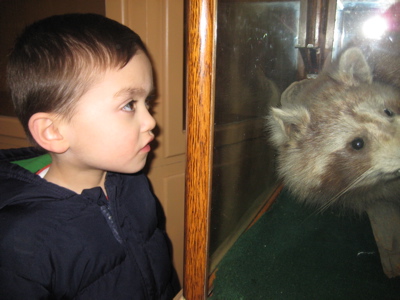 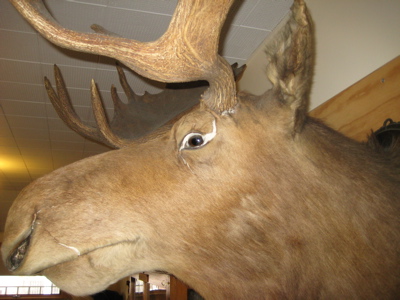 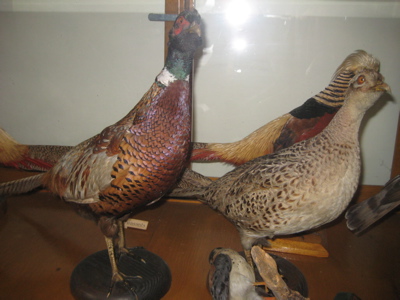 Interesting pheasant note #1: I take a walk whenever I can during lunch at work. I work next to some tobacco fields, a large marsh, and a decent tract of woods. As a result, I get to see some wildlife fairly frequently. I took this picture on one of my walks: 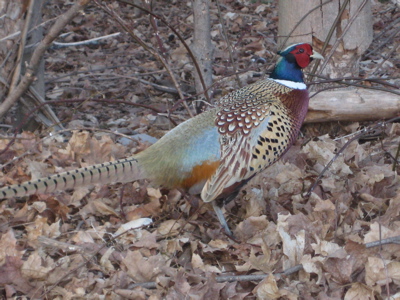 Something tells me if this thing let me take this picture, it won’t last too long with Mr. Bobcat around. 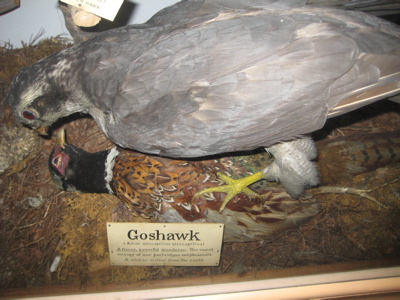 This is from the raptor display at the museum, sort of hidden away in another small room off the main room. The caption reads, “Goshawk – a fierce and powerful murderer. The worst enemy of our partridges and pheasants.” That’s… extreme.

Next to the evil murderous goshawk was this old gent: 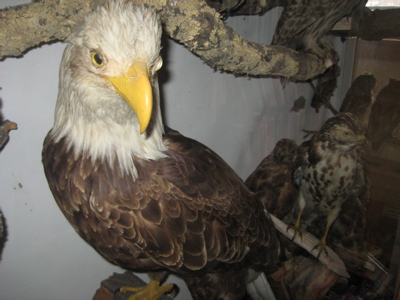 This thing was caught by the toe in a trap in Hartland Hollow in 1920 and kept alive for seven years before being donated to this museum. Man, this is an old eagle! 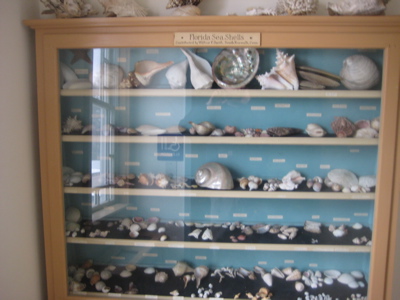 I found another nook with an extensive seashell display. 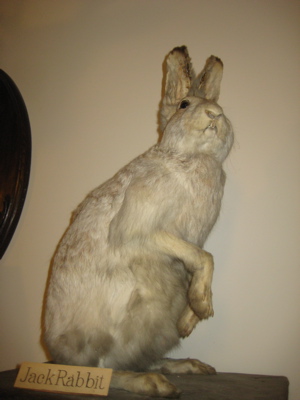 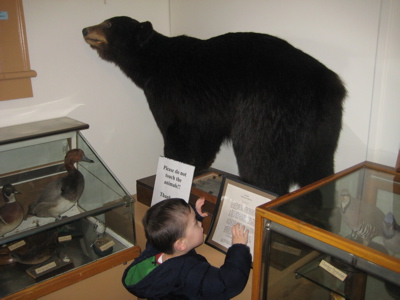 And yes, dear friends, there was a bear.

There you have it! The C.H. Pease Natural History Museum – notable for the fact that it still exists and these specimens are so unbelievably old. Cheers to you, North Canaan, Connecticut and the Douglas Library! I love this stuff.

(And hey, if you know about a small heretofore unknown museum in your town library, let me know. I’m sure there are others.) 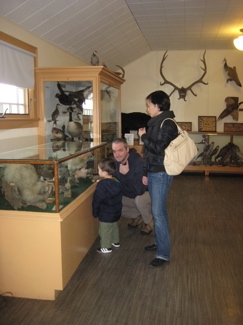