[2014 Update: I’ve changed the name of this place in the title because it seems as though the Essex Steam Train folks have settled on this name. There’s a new – in 2008 – art gallery in the building that wasn’t there during our 2007 visit.] 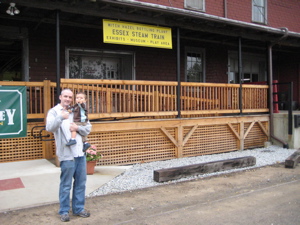 CTMQ is nothing if not thorough. If your establishment calls itself a museum, that’s good enough in my book. Even if your museum can only be defined as such by the most tenuous of measures. Take the Essex Steam Train Museum (aka River Valley Junction, aka Witch Hazel Bottling Plant), for instance. Hoang, Damian, and I had tickets to ride the steam train (which we did, here) but before embarking on that journey, we had a good half hour to explore the grounds.

First, a caveat: From what I gathered, if we were to re-visit in a few years, this place may be very different. The goal appears to be to build up the Witch Hazel plant history display, which at this point is merely a sign and a dream. More on that below. As it stands now, the museum is merely a collection of random displays from other local museums and tourist areas. Yes, that’s kind of weird. 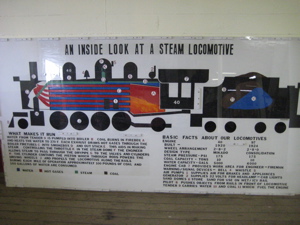 Oh sure, there’s a handsome sign with a cutaway diagram of a steam engine explaining how it works. There are also two very old, very well-kept cars – but with absolutely no explanatory signage to tell us what kind of cars they are. And since I certainly don’t know, perhaps someone from the vast CTMQ readership can help me out.

Damian immediately gravitated to the Thomas the Tank Engine stuff. Not only was it extensive, it was all for sale! I’m sure parents of 5-year-olds just love that aspect of this place… 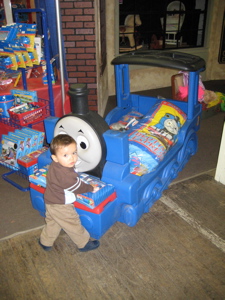 A local art studio had a little advertisement/display for some reason, as did a local theater. Next was the museum’s multimedia video area, which was in need of an update. Oh look! Another Thomas display! Damian pointed and whined so we let him be free over with the train set to play with that a while.

I just wish I could say that that left Hoang and I able to explore the museum and learn about the rich history of trains in the area. Unfortunately, there was no such information here. What I did learn, however, was that we were on the site of the old Witch Hazel bottling plant. 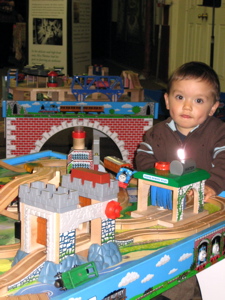 In 1866, the Reverand T.N. Dickinson began producing Witch Hazel products in Essex. Between 1898 and 1902 the “Bottling Building” was constructed to help facilitate the huge demand for this “extract” that came from the Witch Hazel plant, a shrub that still grows on the property where we were. With the renovation of the bottling building and in conjunction with the Essex Steam Train, the museum plans to build a whole large display about this unique history. 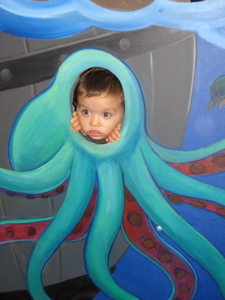 The practice of steeping the twigs and leaves of the witch hazel plant originated with Connecticut’s Native American population. Throughout colonial times, and well into the 1880s, white Americans adopted the practice, producing a mild astringent which was used as a family remedy for a variety of minor ills. Commercially, however, little profit was made from witch hazel due to the product’s short shelf life.

The first person to harness the commercial potential of witch hazel was Dr. Alvin F. Whittemore. In the early 1860s, Dr. Whittemore opened the first drug store in Essex, CT, in which he also manufactured and sold witch hazel extract. The secret to the doctor’s success was that by adding alcohol, he preserved the witch hazel, vastly increased the product’s shelf life. For the remainder of the decade, witch hazel continued to be produced by an ever changing consortium of partners. By 1870, these partnerships had been consolidated under one person, the Rev. Thomas N. Dickinson. 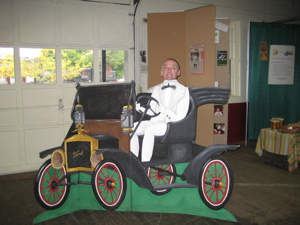 For the next 17 years, Rev. Dickinson expanded the company’s operations. Technical innovations led to the increased harvesting of the witch hazel plant, allowing for the expansion of several new mills and distilleries and it was during this period that the wholesale trade of witch hazel began. By 1875, the company had facilities in Middletown, Durham, Guilford, Higganam, as well as the headquarters in Essex. 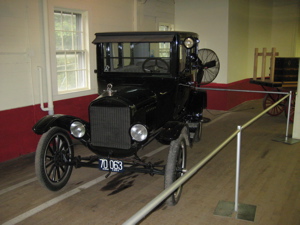 Its heyday long past, the family sold the E.E. Dickinson & Co. to a group of investors in 1983. Two years later, the company was sold again, this time to the German pharmaceutical concern, Merz Inc., who performed painful but necessary downsizing. In 1995, Merz announced plans to move all operations to North Carolina, where they had other production facilities. Today the only portion of the E.E. Dickinson & Company remaining in Connecticut is the actual distillation of witch hazel.

That should be sufficient. Over on the other side of the museum were displays from other local sites and a decent little model train display. Damian had fun starting and stopping the trains and waving at the flood of retirees which had joined us before the train ride. 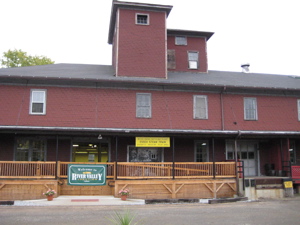