What does one do when one realizes he needs to read nine “important” books in half a year in order to get back on the three books per year pace agreed upon with one’s wife in 2002? One stops by books sales at the Newington Library when one finds the two museums he planned to visit that day were closed. (This happens to one a lot.) And, upon seeing a novel he did not own, one puts down the fifty cents and makes haste.

In this case, the book was (is) The Bridge of San Luis Rey by Thornton Wilder. I can assure you that it must be one of the shortest three or four books on the entire list. It can be easily read in a few hours – which means it took me a month.

I’ll cut to the chase; this book did nothing for me at all. And this is unfortunate for three reasons… One, I thought I loved Thornton Wilder. After all, he wrote “Our Town” which gave me goosebumps back in the day. Two, I should always like super short books on the Top 100 List by virtue of their brevity alone. And three, the premise sounded so good. 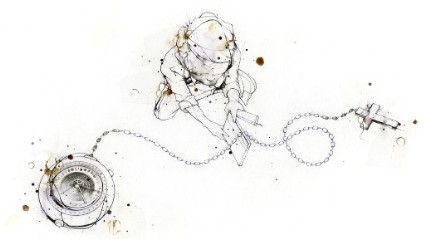 Ah yes, the premise! Back in the 18th century in Peru, a disaster befell some townsfolk when a rickety old bridge gave way, plunging five unfortunate souls to their untimely deaths. This led Brother Juniper, a local man of the cloth, to undertake a groundbreaking study into the “Mind of God,” as it were. His aim was to approach God in a scientific way; that is, to determine the reasons behind why those five people in particular suffered their fate and why others did not.

So Brother Juniper filled up notebooks with meticulous notes about the five deceased – which make up the bulk of the little book. It’s fiction from the mind of Wilder, of course, but you can see how this was an interesting premise – both from Wilder and from his creation, Brother Juniper.

We first meet The Marquesa de Montemayor in a very confusing chapter. She’s some lady who was born into poverty but became rich along the way. She also wrote great letters to her mother or the convent where she grew up, I never quite figured all that out. Not that it mattered… She and her servant died on the bridge.

Next, we learned all about twins Esteban and Manuel, two quiet guys who held menial jobs, fell in love, and suffered through life’s pangs. Manuel died from an infection and Esteban toiled afterwards, always sort of a “what if” kind of guy. Then he died.

Then there’s Brother Pio, another sad sack guy who loved his muse The Perichole. Camila. This guy was a hard-driving father figure to Camila who of course fell in love with her and didn’t know how to properly approach the subject with her. So he begged to take her son away to teach him the ways of the elite. On their way to do so, they happened to cross the bridge at precisely the wrong time…

Here’s the thing – notice how I ended the last three paragraphs? That’s not too far off from how Wilder ends his chapters. Taking the Esteban chapter as an example, here is the final paragraph:

“They started for Lima. When they reached the bridge of San Luis Rey, the Captain descended to the stream below in order to supervise the passage of some merchandise, but Esteban crossed by the bridge and fell with it.”

I’m all for directness, but that could use some work. After Brother Juniper compiles all the background information on the dead, he studied and studied it to find a pattern. “Why these five? Why not the jerky guy down the street or the lady of the night on the hill?” Try and try as he might, he could never find a patter and ultimately decided that there is no pattern when it comes to matters of fate. Life is not black and white and sometimes some things are unknowable.

Fair enough, I suppose. (Except for Brother Juniper, who was burned at the stake for daring to question God.) But the book reaches no conclusions (which is sort of the point, I suppose) and is a bit too platitudinous for my tastes. We are told (through the head nun at the convent) all sorts of things about love and life on earth and “bridges” between the living and the dead through the bonds of love, etc.