CTMQ > Everything Else > Books, Movies, People, & Stories > ML62. From Here to Eternity

Man, this is a good book – for many reasons. First and foremost, the mere fact that I (me! )finished a 954 page smallish font book (in 5 months) alone tells you it’s got to be at least readable. On top of that, I didn’t utilize an all-too-simple “Eternity” pun in my review title for a book that really is a little bit overlong.

Most readers of this review have either seen the much-heralded movie or at least (like me) are aware of the “scandalous” rolling around in the sand scene that is oh-so romantic. I have not seen the movie (though I plan to shortly, as it’s been saved on the bedroom TiVo for forever now) but I’m sure, as is always the case, it won’t measure up to the book. 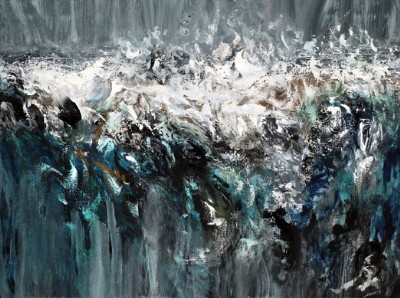 It simply can’t. The depth of the book’s characters are just too much to capture in a two hour movie. But moreover, I’m sure the movie deals with the many emotional zeniths in typical overwrought Hollywood fashion, rather than staying true to James Jones’s direct, wincing style which I came to really enjoy. (Hemingway fans like me, believe it or not, will find this epic tome quite excellent.)

“From Here to Eternity” is a line from a Kipling poem entitlted, “Gentleman Rankers.” A Gentleman ranker is an enlisted soldier who may have been a former officer or a gentleman qualified through education and background to be a commissioned officer but elects to remain a common soldier.

Gentlemen-rankers out on the spree,
Damned from here to Eternity,
God ha’ mercy on such as we,
Baa! Yah! Bah!

Oh how I look forward to reading Kipling’s “Kim” (Modern Library # 78) someday. Anyone who can write “Baa! Yah! Bah!” and make it work is cool in my book.

To condense a nearly 1000 page book in this format is absurd… but I’ll do it anyway, with an embarrassed look on my face. The story takes place in the 12 months or so leading up to the Japanese attack on Pearl Harbor. Robert Prewitt is a soldier in the Army from hardscrabble bluegrass roots with a personal honor code bordering on (controlled) insanity. He’s a jerk, but a very principled jerk. He quit the bugle corps because of a perceived slight and he quit a very successful Army boxing career because he blinded an opponent. Both gigs would offer Prew (as he’s known) a far cushier stint in at Schofield Barracks on “Wahoo” (Oahu).

The whole book centers around Prewitt’s trials (metaphoric and real) and tribulations while also following the exploits of one 1st Sergeant Milton Warden – he of the famous nookie-on-the-beach scene, as well as being the Gentleman Ranker. The two are very similar in mien; both with massive personality flaws easily excused by the insanity of pre-war Army life.

Prewitt comes to greatly respect only a few men he meets – those who share his personal philosophy; those whom he considers “real men.” Of course, “real men” in Prew’s world often means they are drunks, profligates, brawlers – or just plain blindly led soldiers. Prewitt is a conflicted man, and I still can’t pinpoint if I came to like – or hate – him. In fact, the ambiguity of many of the main characters really played havoc with my mind. To me, a good book leaves me wondering.

Alma (stage name: Lorene) is the prostitute Prewitt falls in love with (and, amazingly, vice-versa) who is beautiful, nurturing and intelligent. Maylon Stark is the drunkard mess Sergeant who is kind to his men and actually cares about his food. The setting really controls and dictates what the characters can and cannot do so the reader is often left wondering how they would fare in the “real world.” I fear not too well, for a few of them do experience it and lie, cheat and steal their way through that life.

Prew’s stubborness, bordering on masochistic stupidity at times, lands him in a heap of trouble. He deals with it all with aplomb until he witnesses a craven murder and vows revenge. Ultimately, he carries out his revenge and gets away scot-free – as far as a murder rap is concerned. Unfortunately, the Army had broken him and he didn’t realize it until it was too late.

I won’t drop the bombs that were dropped on me in the last 300 pages of the book, on the oft chance that maybe one person reading this will actually read the book and hasn’t seen the movie. We all know going in that Pearl Harbor was going to be bombed – which reminds me, my one complaint is Jones’s silly use of what I’ll call “known foreshadowing” too many times. Sure, it’s clever to write things like “it put the quietus on Milt Warden’s private life as effectively as if the Third Reich had invaded New York City, or the Japanese tried to attack Pearl Harbor in broad daylight, or Martians captured California,” but to do it five times is too much. A mere quibble.

An interesting aspect of the book is, what seemed to me, a pre-cursor to Heller’s “Catch-22,” published four years later. While Prew’s friend Maggio is in the Stockade, he hatches a plan to appear crazy in an effort to get discharged. To do so, he’d pretty much have to get driven crazy with 20-some days in a tiny black box of solitary confinement. Meanwhile, another prisoner was indeed crazy, but too out-of-it to recognize his own symptoms and as a result, carried on working the prisoner’s life. Anyway, I found this whole scenario pretty interesting reading.

Jones’s descriptions of the (many) fights are brutally vivid. His clever writing of a suicide will make anyone queasy. The odd mix of terror and excitement during the Pearl Harbor attack – as well as the adulterous affairs, the drunken nonsense, the Stockade beatings – appeal perhaps more to guys, but they are so well written I have no issue with this book being on the Modern Library Top 100. No long-winded florid junk, no secret symbolism or preachy allegories, “From Here to Eternity” is a straight-forward wartime story that left a visceral and indelible impression on me.

And darnit, I’ve now read one of the longest ones of all! Hooray for me!