CTMQ > Everything Else > Books, Movies, People, & Stories > ML64. The Catcher in the Rye

[I write CT Beer Reviews too. They aren’t typical beer reviews at all – like this one in particular which, if you’re reading this page, you may enjoy a little bit.]

I begin this review with a plea: If you haven’t read this book since high school like me, go find it again and read it again. Do it in remembrance of the recently deceased author. Do it for all the lonely Holden Caulfields in this world. Do it for J.D. Salinger whose recent death prompted me to dust this one off.

Here’s the deal; I would posit that of all 109 books on this list, Catcher is the most read among CTMQ’s readers. It’s pretty short and pretty easy to read and most of us were assigned to read it at some point. But how many of you have read it in adulthood? AFTER college, after living at least half your lives?

AFTER knowing someone who suffered from depression or bipolar disorder or any myriad of related mental illnesses?

Because let me tell you, it makes a profound difference on the reader’s experience… At least it did for me. Which is sort of driving me crazy, because I’m absolutely positive about what I just read and yet, after reading several random reviews of the book online, I don’t see too many people picking up on what I picked up on. 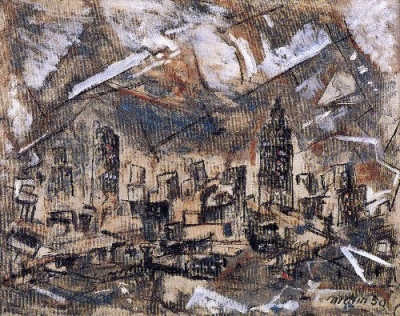 Everyone knows the book for its phrasing and its protagonist’s disdain for the world and almost everyone he meets in it. The somewhat funny (but wholly memorable) 1950’s teenager terms that I wish to adopt myself: Lousy, crumby, moron, madman, “it killed me” and so on. Many reviews – and many people’s memories of Catcher seem to focus on the “realness” of Holden’s inner monologue or how he’s just a disaffected youth suffering the normal problems of an angst-ridden teenager.

Reading/hearing those critiques of the book leads me to believe that the reviewer did not read the entire book. The first half or so (to me) was darkly hilarious. I found myself laughing out loud at Holden’s thoughts about all the phonies and morons around him. He was the kid who got picked on but internalized his emotions.

As you all know, the book follows 16 year old Holden Caulfield from his last day at his WASPY prep school (the third he’s been booted from for poor grades/behavior) and then onto a couple days in Manhattan where he drinks, smokes, gets beaten up, gives to charity, goes on a date and spends some quality time with his little sister, Phoebe.

Throughout his journey, he rails against those he views as phonies, describes what’s wrong with people in general and basically displays an appalling lack of decorum here and there. Teens who read the book think he’s cool and subversive and many adults just think he’s a jerk.

Okay, not really. Hey, 90% of you – did you ever bother to read the last three paragraphs of the book? But more on that in a minute, because I had no idea about that as I was reading.

It became very clear to me at some point around the middle part of the book that Holden was suffering. The genius of Salinger was that he was so deft with Holden’s descent, if you will, and he never bludgeoned us over the head with it or explicitly noted it while it was happening. I lost a very close friend to bipolar disorder (manic/depressive) and it is apparent that Salinger knew a thing or two about it.

Actually, thinking about his reclusiveness, perhaps he suffered from it as well.

All the telltale signs are there: Impulsiveness (on two different occasions he entertains the idea of just leaving New York with nothing to go somewhere fantastic), depression (all throughout), elation at odd things (Phoebe on the carousel, among others), overspending without a care (the nuns, the taxis), disregard for self (Maurice, old Stradlater), rambling grand ideas for grand things that never pan out, unfinished phone calls and letters, strange waking dreams, sleeplessness and overtiredness… Yup, bipolar disorder to a T.

A couple other interesting things I found were that mental illnesses such as bipolar and depression usually onset around the late teens or early twenties, so Holden fits that profile. But there was also a thread of his fearing to lose his innocence and his childhood. I figure this was because he felt himself slipping into depression which he probably equated with adulthood, not knowing any better.

This is why he protects Phoebe so much, why he fought over a female acquaintance’s dating, why he helped the boys at the museum, why he singled out the little boy singing on the busy NYC streets and why, most notably, the book is titled as it is.

The funny thing is is that the poem the title comes from is actually “Meet a body comin’ through the rye” not “Catch a body,” but Holden doesn’t care. In fact, his “dream job” is a wistful idea of being the “catcher in the rye” that saves little kids from falling off a cliff – again, saving innocence and youth.

The whole “Catcher” conversation happened with Phoebe – perhaps the most important part of the book. He cries for no reason, can’t come up with anything he truly likes, and rambles on some odd tangents. Again, Salinger handled this scene perfectly with compassion and sadness – and truthfulness.

So back to those last three paragraphs. It becomes clear that Holden is telling this story of his last 4 days from the psychiatric ward of a hospital. How do people miss – or choose to ignore this part?

“I could probably tell you what I did after I went home, and how I got sick and all, and what school I’m supposed to go to next fall, after I get out of here, but I don’t feel like it. I really don’t. That stuff doesn’t interest me too much right now.”

He mentions a “psychoanalyst they have here” and a part of the building is “another wing.” Heck, he calls himself crazy and a madman throughout the book!

And the very end, he says how he misses Stradlater and Maurice – the two guys who beat the crap out of him in his story. Those guys made him FEEL and he currently wasn’t FEELING anything (as evidenced in the quote above.) That sums up medicated depression beautifully if you ask me.

So no, I didn’t love this book because I want to be a hipster. I didn’t love it because “Hey maaaan, I’M Holden!” I loved it because it was a passionate, accurate and very sad portrayal of what happens to humans all the time, and often goes unnoticed, punished and misunderstood.