Disrupt, Corrupt or Interrupt Me
Modern Library # 70a
1957, Lawrence Durrell 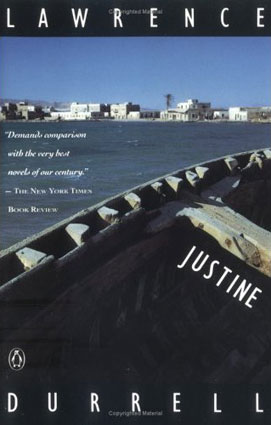 While only a quarter of the way through the Modern Library list, I can’t help myself from making the following bold statement: Lawrence Durrell might just be the best writer I’d never heard of before being “forced” to read his stuff. That doesn’t mean you should rush out and buy all his books, no. There is no “rushing” with Durrell’s prose… ever.

And quite frankly, I imagine his books are quite polarizing – not exactly James Joyce polarizing, but close enough. Justine is the first book in Durrell’s “Alexandria Quartet” and is, at times, a muddling morass wherein it becomes difficult to follow anything. Please, muddle through. And while you’re muddling, do notice the beauty and tone of Durrell’s writing; it’s some of the best I’ve ever read.

There is a lot going on here with these books. (I’ve only read Justine at this point.) Durrell has some mighty high-minded philosophies behind what he called his “experiment.” Each of the four books more-or-less tells of the same events in pre-WWII Alexandria from different points of view.

They are not narratives told on a continuum, but structured more like a Proust or Joyce novel with unexplained time-shifts, untrustworthy narrators, expansive inner thoughts and a whole lot of feelings treated as actions.

The city of Alexandria is as much of a character as the unnamed Irish ex-pat narrator or the femme fatale Justine herself.

Oh, Justine. She’s something else.

And so is this book. I hardly know where to begin a proper review, so I’ll steal from some guy named Steve on Goodreads: “How do I write a review of a hallucination? I smoked opium for 250 pages, and I don’t know how to explain to you why I gave this “experience” 5 stars. Justine is lyrical, evocative, sensual, colorful, and aromatic.” (I really dug his review and suggest you just stick with that Steve.)

I dog-eared so many pages of Justine for quotes that struck me, that I have no idea which ones would properly convey the beauty and impact of Durrell.

Do you want to read some writing? I mean, some real writing? How about this:

“I for my part could not bear to look at that heavy pock-marked face with its bestial saturnine cluster of tormented features smeared on it – could not bear to think of his gross intimacies with her: those sweaty little hands covered as thickly as a porcupine with black hair.”

There’s not much point in breaking down the story. That’s not to say there isn’t a story – there most certainly is – just that a review of Justine needs to focus more on the feelings and imagery it evokes rather than the story.

(Especially since I’ll apparently be reading 3 more books of this quartet that tell the same story from different perspectives.)

There are several other colorful characters, but I think we’ll get to know them better over the next three books. 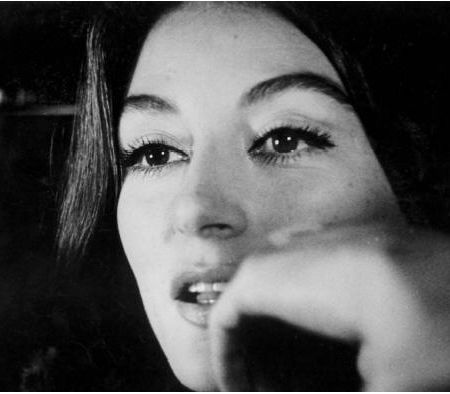 Anouk Aimee who played Justine in a movie.

There is a song on the excellent Blunderbuss album called “Love Interruption.” (Blunderbuss is Jack White’s latest band and I happen to love them.) The lyrics seem to be a sort of capitulation of Justine.

I want love
To roll me over slowly
stick a knife inside me,
and twist it all around.

I want love
to grab my fingers gently
slam them in a doorway
put my face into the ground.

At one point Justine says to the narrator, “We use each other like axes to cut down the ones we really love.” Sure, it’s a little Jerry Springer, but this was written in 1957 about a tryst in the 1930’s. That’s heavy.

I want love
to murder my own mother
and take her off to somewhere
like hell or up above.

That’s a bit of what’s going in this book. The characters are all “friends” and lovers (without the quotes), yet always searching for friendship and love. They make a huge muck-up of it all and one of them runs away to a kibbutz in Lebanon.

That would be Justine herself. Even though she’s a user and has numerous faults (like adultery), the way her character is written, I sort of fell for her too. There was just something so sexy about her. I just learned there was a movie made of this book… And I’m curious to check it out. (The picture here is of Anouk Aimee who played Justine. Yowza.)

The song continues on, but I’ll end it here. Justine is, quite simply, an impossibly beautifully written book that took way longer to read and absorb than its 245 pages would suggest. There are times when lesser men would have quit the novel. I urge you to plod forth, the language Durrell uses alone makes it worthwhile – and know this – I’m looking forward to the other 3 books.

Back to CTMQ’s Modern Library Top 100