The Connecticut River from the Air: An Intimate Perspective of New England
by Jerry Roberts (Author), Tom Walsh (Photographer)

This is a beautiful book. As your friendly expert on Connecticut coffee table books, I’m pleased to report that this is one of the best. Not only are the many hundreds of photographs captivating, but the narrative is interesting and informative. I picked it up thinking, “Oh, I’ll skim through this quickly and write it up in a few minutes and have some filler material for the website.”

It didn’t quite happen that way though. 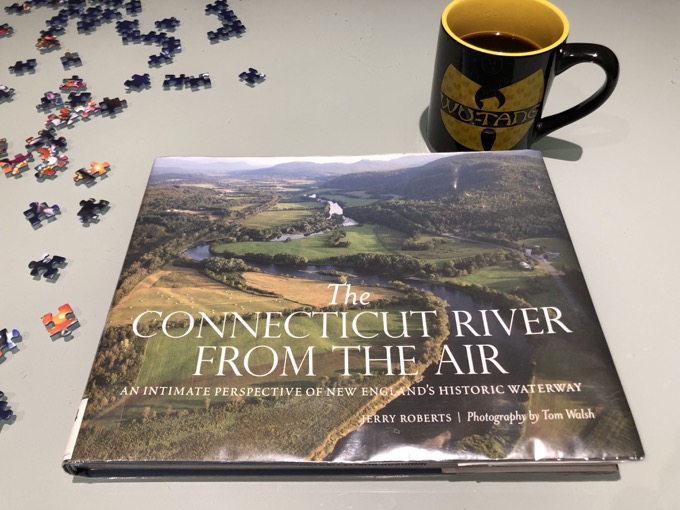 I picked it up, read the introduction… and found myself reading every page. Every page from the Connecticut portion of the Connecticut River anyway. But I certainly did stick around to check out the Massachusetts and New Hampshire picture and captions as well. Such is the power of a good book.

A book that seems to have come together as a fortunate accident.

The Connecticut River from the Air is a collection of extraordinary aerial images and an adventure chronicled by historian Jerry Roberts and photographed by Tom Walsh. The book provides an intimate perspective, exploring New England’s greatest river from Long Island Sound, where its waters mingle with the salty brine of the Atlantic Ocean, to its source 410 miles to the north, just yards from the Canadian border. Amazing and wonderful sights appear along the River that can only be seen and appreciated from small, low-flying aircraft. Beauty and wonder can be found in historic canals and bridges as well as twists and bends in the River, ship wrecks, rock formations, and even sand patterns on the River bottom. From naturally formed ox-bows to cornfield mazes, hidden valleys, quaint villages, industrial cities and sweeping vistas, these Wonders of the River are the true treasures of this amazing waterway and its surrounding landscapes. 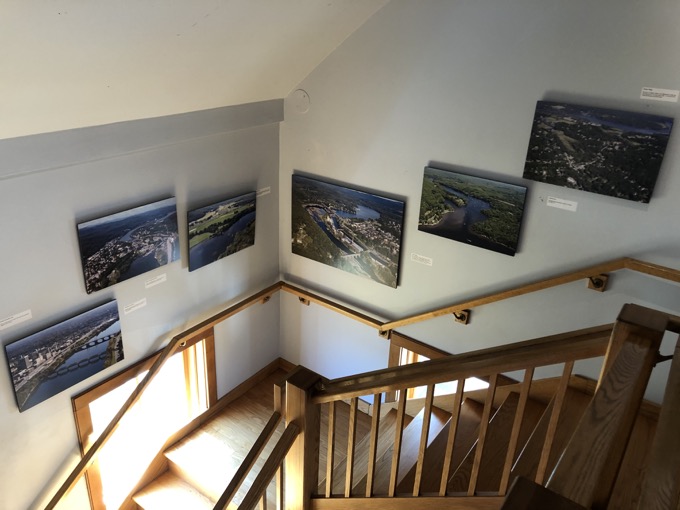 At the Connecticut River Museum

Captain Tom Walsh, a United States Marine Corps veteran and former commercial pilot, had been spending his free time flying his little plane and taking pictures out of his open window. He became fixated on the Connecticut and got to talking to the folks at the River Museum about an exhibition. Long story short, the then Executive Director of the museum became fascinated with Walsh’s process and joined him on a flight.

From that, the idea for the book was hatched. At the outset, it is explained that you can read it normally and follow the river from its mouth on Long Island Sound at Old Saybrook to Fourth Connecticut Lake in New Hampshire, just meters shy of the Canadian border. Or, of course, you could read it backwards if you’re one of those source to mouth people. 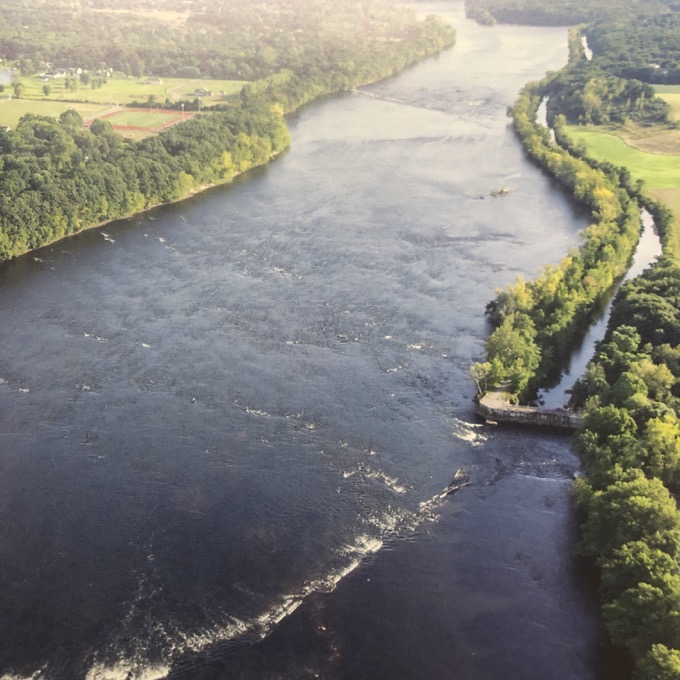 There are about 300 pictures included, drawn from the thousands Walsh took. The photos in the book cover eight years of flights up and down the river. Oh, you thought you knew the Connecticut River? You don’t know nothin’.

The source of the Connecticut lies 2,670 feet above sea level. Seventy percent of the fresh water that enters the Sound flows into it from the Connecticut, New England’s longest river. It has had destructive floods over the past few centuries, sure, but it has also powered American industry in immeasurable ways.

Something that is measurable is its volume. If you stared at the river for an hour, you’d see as much water pass as you’d see cascade over Niagara Falls in about 14 minutes. I guess that’s not all that impressive, but it kind of is.

Want to see something cool? Here are the remnants of hull timbers from the steamboat Granite State. The 300-foot steamboat once served as an excursion vessel on the Hudson River. It caught fire and was beached farther up the river in 1883. its burned hull was later towed downstream to Saybrook where its bones now rest in shallow water, occasionally breaking the surface at low tide. 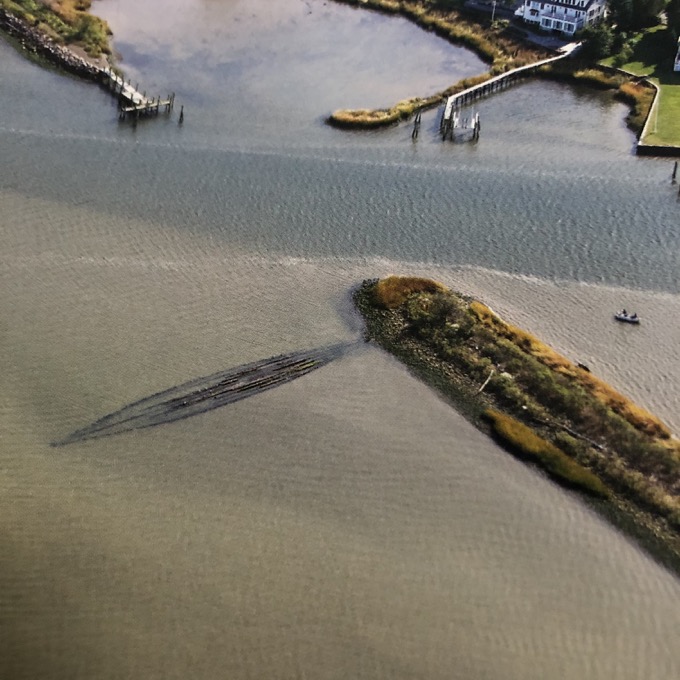 That’s one of dozens of examples of the unique perspective that the aerial photography provides.

Standout photos in the Connecticut portion of the book include the East Haddam Swing Bridge and the Windsor Locks and Canal area. As many times as we’ve seen or ever walked along these things, this book provides an entirely new perspective on them. 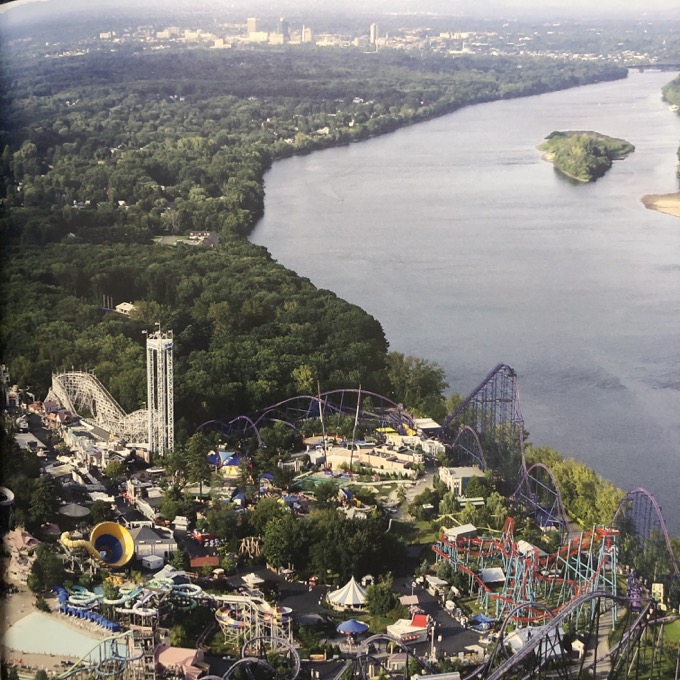 I had planned to stop reading. However, I kept reading. Through Springfield and Holyoke. Past Mt. Tom and Northampton. Across the border and state tri-point with New Hampshire and Vermont. Perhaps you didn’t know that our Connecticut River forms the border between those two states all the way up to Canada.

As the mountains raise and urbanization disappears, the river gets smaller and smaller as the book takes us north near the Canadian border. Third Connecticut Lake is rather large and would probably considered the true source, if not for the trickle that comes into it from little Fourth Connecticut Lake just north of it, just shy of Quebec.

This book provides escape. And I thought it was pretty great. 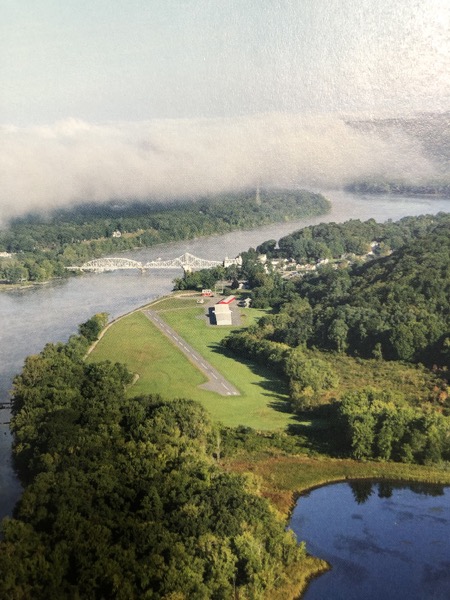