CTMQ > Everything Else > Books, Movies, People, & Stories > ML30. The Good Soldier, A Tale of Passion 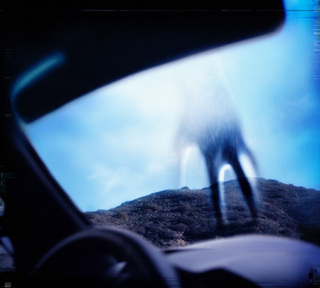 The coolest thing about “The Good Soldier” is the author’s name: Ford Madox Ford. Totally out-Jolie-Pitted Jolie-Pitt a full century earlier. That being said, that means that the book itself wasn’t all that cool.

Admittedly, I read about 4 other books and countless magazines between the first and last pages of my “Good Soldier” experience. So my review is flawed and probably unfair in that regard. Then again, if the book weren’t so boring, perhaps I’d have ripped through it? You see my dilemma?

This is yet another Top 100 book wherein well-to-do expatriots hop around Europe lamenting their lots in life, carousing, and sleeping around. I swear, my next book will take place in the US. So about the book itself…

Written on the eve of World War I, Ford (or “FMF” as literary types refer to him) uses what was then a novel novel technique – the “unreliable narrator.” In other words, we slowly piece together the story through the eyes of John Dowell – flawed as that perception and memory may be. So that’s pretty interesting and it’s a literary technique that’s been used a billion times since. Too bad this innovation was wasted in my opinion.

Right off the bat, the book begins, “This is the saddest story I ever heard.” Hmm, okay, you lost me with that first sentence. I find sad stories, well, sad – and they don’t often interest me unless really, really well done. But moreover, this book wasn’t even sad to me; it was just boring.

(Hoang, on the other hand, was indeed affected by the sadness of the tale.) I found the narrator a spineless simp who allowed all the “sad” events unravel around him and never stepped up to try to put a stop to them. The whole story in a nutshell? The Dowells go to Germany and meet the Ashburnhams and everything is perfect on the surface for a goodly while.

Then Edward (the good soldier of the title) Ashburnham is caught cheating once, twice, and then again with Dowell’s wife Florence. Florence freaks out and kills herself (but since John didn’t really love her, he didn’t really care). So Edward then cheats with another pretty young thing who is then pawned off to be John’s second wife but that never really works out because she (Nancy) went crazy and could only say “There is one true God” and “shuttlecocks.” So Edward killed himself. His poor wife (Leonora) remarries some other guy and the narrator lives a miserable life.

We are never told how deeply flawed Edward (and others) are at the outset and it slowly reveals itself over the course of the novel. Yet, an astute reader can sort of figure all that out fairly easily.

Ahh, literature. Sure, there are some clever turns of a phrase and I found his implicit sarcasm fun at times and the way the story is revealed almost like a mystery was interesting. But about halfway through my anger at the narrator’s inaction overtook any sadness I might have felt. Note to self: If my wife refuses to sleep in the same room as me, yet is quick to prance about town with a handsome lothario, she might be cheating on me. Just a thought.

This book did spark some good discussion in my house because Hoang ended up liking it a good deal more than I did in the end. This is pretty unusual for us, so I’ll give it another point if only for that.

Artwork: Nine Inch Nails “Year Zero” album art (track 4 is “The Good Soldier” and I liked the feeling of dread the picture invokes)