Because CTMQ is a one-man operation and because I act as writer, editor, publisher, and photographer… I can devote entire pages to dumb things. This, my friends, is a really, really dumb thing: 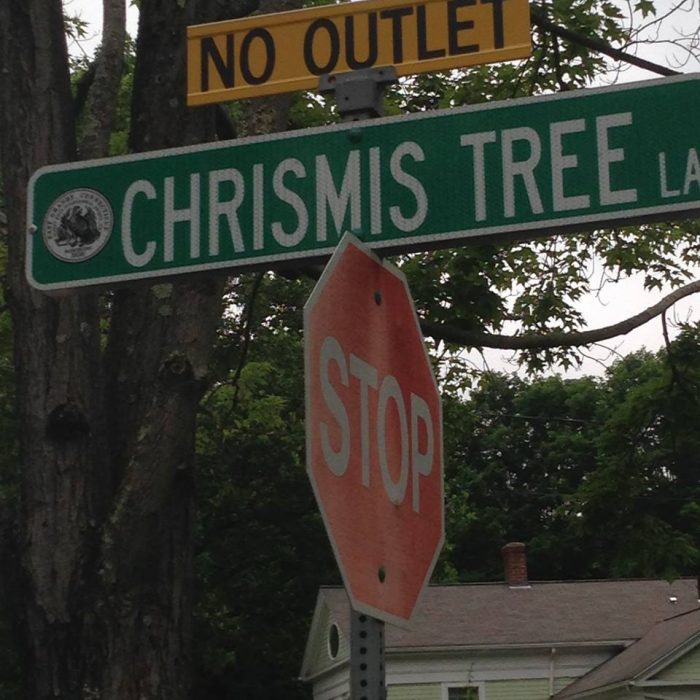 But! Hark! There’s an explanation! Albeit a terrible one, but an explanation nonetheless. A reader provided me with the following:

I’m a former East Granby planning and zoning member and the story I was told was that the developer had two children: Chris and Melissa. Hence Chrismis.

He was sure to let me know that he was not on the board when this street name was approved. He did not let me know why the father of Chris and Melissa needed to add “Tree” to the name, but there we have it.

For what it’s worth.