Yet another terrible picture of a lovely (and rather huge) house.

Theodore Dwight Weld (1803-1895) was born in this house and lived here until 1825. For 18 nights in February 1834, all students and some faculty of the Lane Seminary in Cincinnati, Ohio held the first major public debates to answer the question: “Ought the people of the slaveholding states to abolish slavery immediately?” They concluded that slavery was a sin and that any course except immediate emancipation was therefore also a sin. Theodore Dwight Weld masterminded the idea of debates on slavery and was the key force behind the Lane Debates. His anti-slavery activities as an orator, writer and organizer put his contribution alongside William Lloyd Garrison and Wendell Phillips in the abolitionist movement. 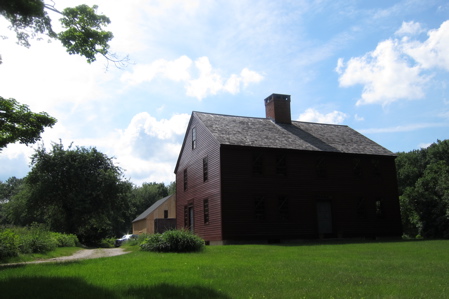 I just looked up those two guys and yes, they were hugely important and progressive men of their time. Weld can be proud.