I wasn’t expecting much from this particular wildlife sanctuary along the Connecticut River in South Windsor, so I didn’t really allot all that much time for exploring. Turns out, I was sort of right – at least in January. 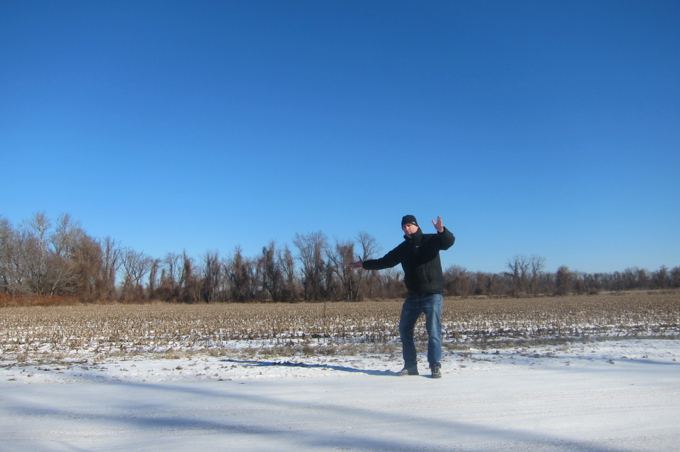 So I did what any Connecticut explorer worth his salt did and went back to properly explore the property when it wasn’t below zero.

The first time I came here, I was somewhat surprised by the straight dead-end drive down Vibert Road. While driving here, it’s easy to forget that Hartford is just a couple miles down the river. Corn and tobacco fields surround this country lane which gives one the feeling of complete isolation. 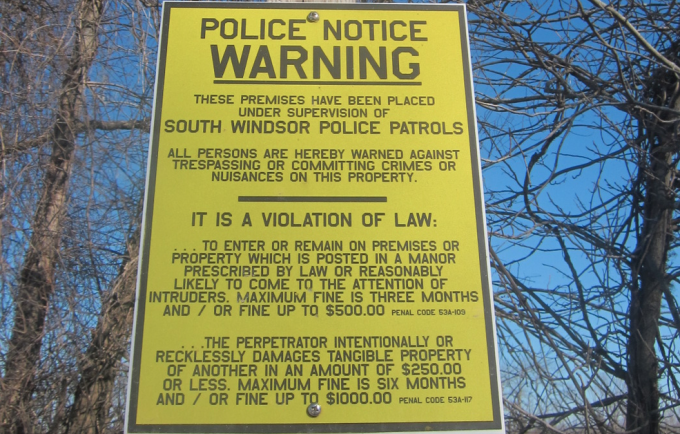 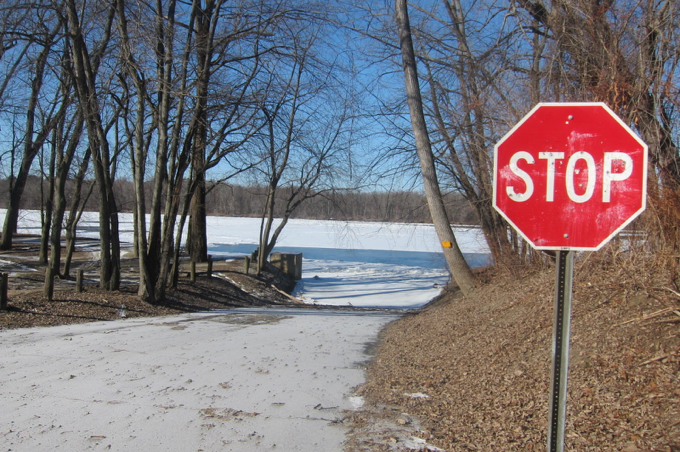 … Or you’ll likely die. At least in January.

I was rather amazed at the amount of ice clogging the Connecticut. I even had the idiotic thought of walking out onto our state’s largest river. However, the thunderous booms of the ice cracking and smashing out in the river was terrifying enough to keep me on the shore, safe and dry. And cold. 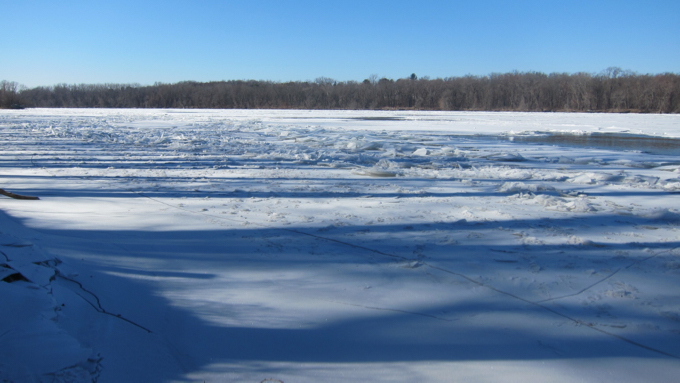 A frozen Connecticut River from Station 43 in 2014

Yes, it was quite chilly during my first visit, but look at that blue sky! Just a beautiful bluebird winter’s day in central Connecticut. I totally understand why some people hate winter, but for me, I happen to love it. 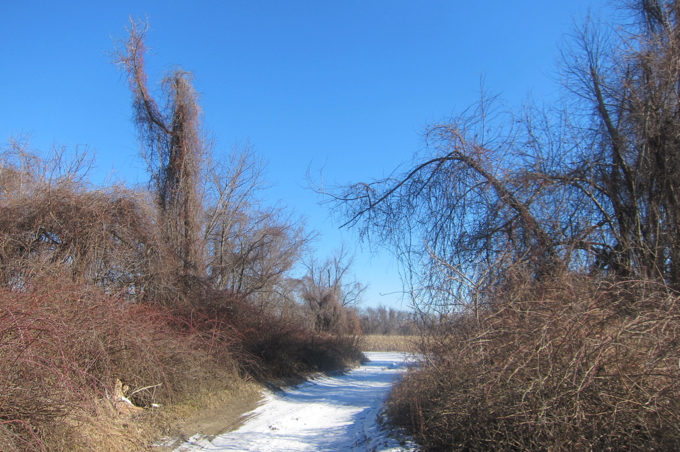 Station 43 is an approximately 10-acre reserve owned by the Hartford Audubon Society. It consists of a pond and associated freshwater wetland complex. It is situated in the Connecticut River floodplain in South Windsor. This section of the Connecticut River Floodplain forms a large undeveloped block of several thousand acres of farmland, shrubland, and floodplain forest existing on both sides of the river. The wider area has been designated by the Nature Conservancy as part of their “Last Great Places” campaign, and is a special focus area of the Silvio Conte National Fish and Wildlife Refuge. The Station 43 marsh serves as one of the few state breeding grounds for Least Bittern and other species listed by the Connecticut Department of Energy & Environmental Protection as threatened or of special concern. The Hartford Audubon Society owns a small section of the marsh, with the rest of the floodplain area being privately owned, but enjoying some protection due to its location within the floodplain zone.

I didn’t happen to see any birds of note during either of my two visits, but I did see a mink. My very first Nutmegger mink! It was very exciting. 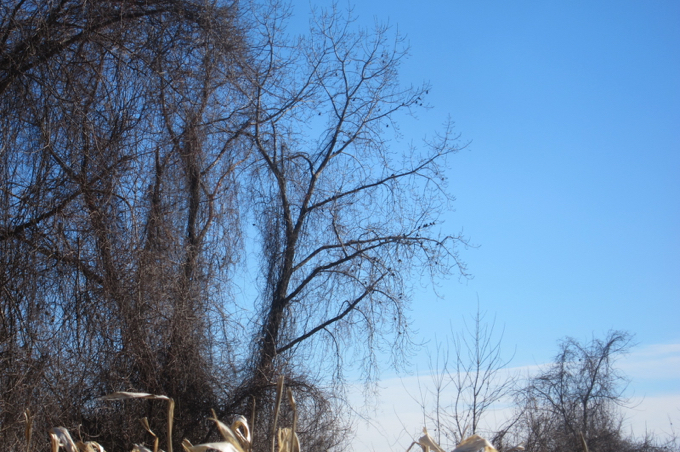 Birds in a tree

I walked around a bit up the river along what appeared to be a farm road more than anything.

The fields were frozen and so was my face, so I hit the road… and returned in slightly warmer weather. 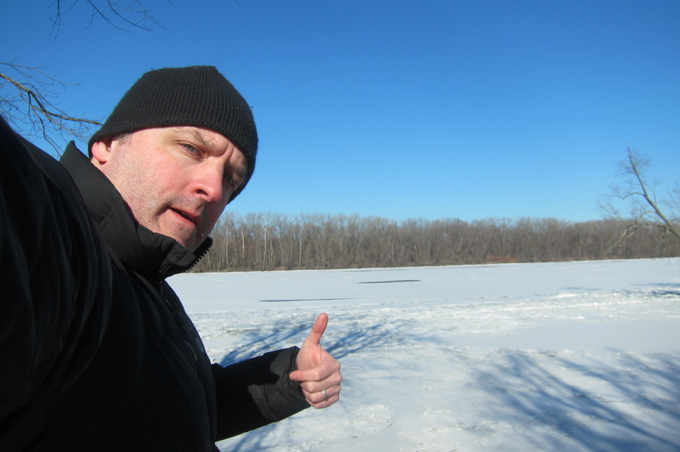 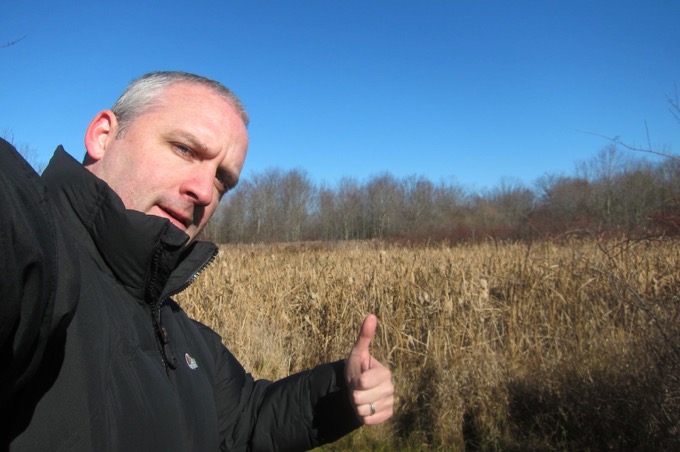 Nothing much was different, except for the mink.