When I began formalizing my list of Connecticut movies, I had to leave off a ton of pre-1950 or so options – simply because there’s no way I can find them to watch. You’d probably be surprised at how many old movies take place in Connecticut. 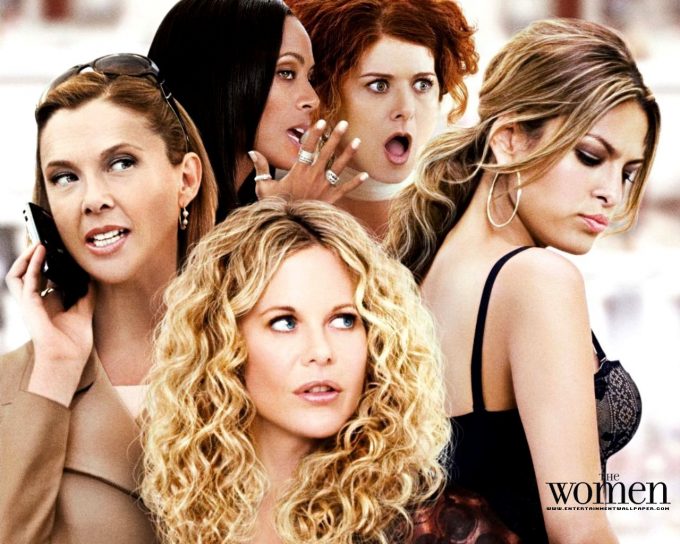 The Women is a poorly conceived 2008 remake of a 1939 film starring, among others, Norma Shearer, Joan Crawford, Rosalind Russell – which was a movie based on a 1936 play by Clare Boothe Luce. It was billed as a commentary on the pampered lives and power struggles of various wealthy Manhattan socialites and up-and-comers and the gossip that propels and damages their relationships.

The play seems to be set entirely in Manhattan. The 1939 movie took place in Manhattan and Reno, Nevada. But the 2008 dud brings us to an unnamed wealthy enclave within spitting distance of the Upper West Side. One must assume Greenwich. Have I yet mentioned how awful this movie is? This movie is awful. 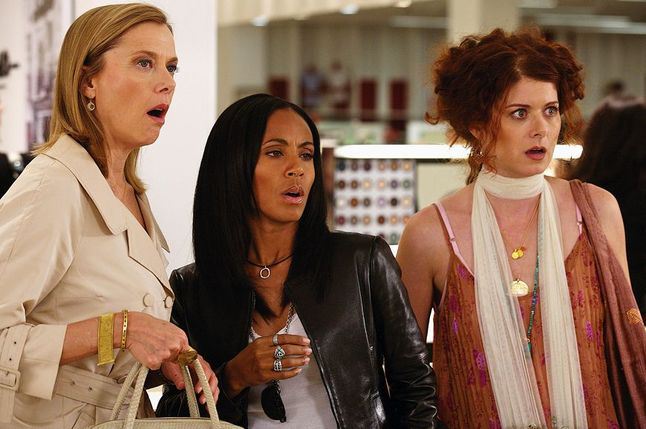 Good representations of my face watching this movie.

Note there are no men. There were no men in the original play, nor the original movie. Which is a pretty cool thing, y’know? What’s not cool is that I think The Women is supposed to be empowering and all that, but it is the exact opposite. Tropes are played out, terrible life advice is dished out, and in the end, the adulterous man is welcomed back by the main character played by Meg Ryan.

The whole thing is just odd. If this is about empowerment, take another look at the publicity photo above. Airbrushed and retouched beyond recognition. (And pity poor Meg Ryan, a beautiful and talented woman who felt the need to go under the knife with comically bad results in real life.) The women in The Women all have “womanly” roles to boot.

Bening works at a fashion magazine. Ryan is the kept wife at the Greenwich country estate. Mendes is the gold-digger hussy. Messing is the baby factory. Pinkett Smith is the tough lesbian. Leachman is the maid. On and on. Even the teenage daughter is the stereotypical teenage daughter.

Watching this movie breaks the laws of space and time, as its 114 minutes running time actually takes about 14 hours of your life away. There is one funny scene – around the 110-minute mark, so you have to work for it. (Messing’s character has a baby, a boy – the only male to appear in the film – and her birth scene, which is completely out of place and stupid and unnecessary, is actually hilarious. Intentionally hilarious!)

Oh. Yeah. The movie. Meg Ryan’s husband, a Wall Street tycoon/genius, is having an affair with Eva Mendes, an empty-headed, unrepentant, one-dimensional moron. Loudmouth Debi Mazar (nail technician and Saks 5th Avenue where all the girls just lurve to shop!) blabs to Annette Bening about it and a divorce ensues. We’re to believe Mr. Meg Ryan then moves in with Mendes, involves their daughter in that relationship, and … oh who cares.

Not as stupid as the fact that I watched this movie simply because about a quarter of it ostensibly takes place in Connecticut. Sigh.

The acting is laughably bad at times and even Bening’s stiletto’d walking are awkward and distracting. The “jokes” are unfunny. Mendes prancing is lingerie is gratuitous and pointless. The “message” is self-defeating. I’ll leave the last word to Time Magazine’s Richard Schickel:

…this film, which is, in fact — and I’m choosing my words carefully here — one of the worst movies I’ve ever seen.

CTMQ Rating: 1 out of 5 thumbs up
Connecticutness: 58 out of 169 Nutmegs
Filmed in Connecticut? Nope
Wealthy Caucasian with a Big House? Yes 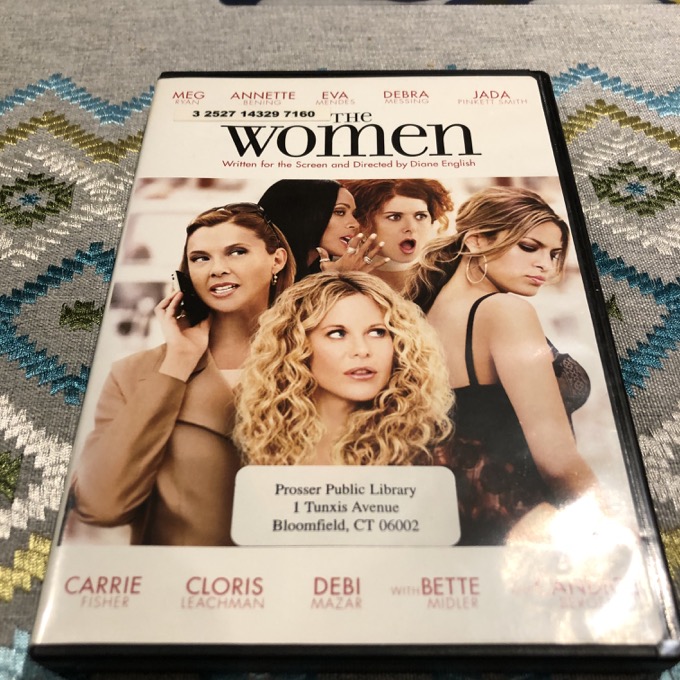