Old Lyme is a lovely town. Really and truly. One could spend a day strolling down Lyme Street – just watch out for deer ticks I suppose. There are a few museums here and, of course this, a stop along the Underground Railroad Trail. 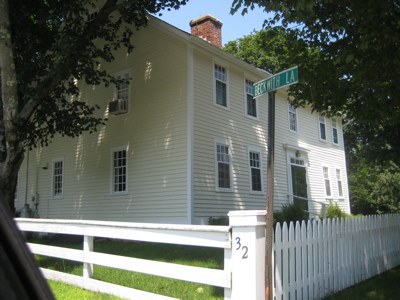 This house was built at the turn of the 18th century for Samuel Peck. The Town of Old Lyme was regarded as a haven to escaped slaves and this home in Old Lyme could have been a stop on the Underground Railroad. Local lore tells that a small chimney-side room on the third floor may have been used to conceal runaways seeking shelter. This home is privately owned and not open to the public.

As a side note, I know a woman named Beckwith. In fact, she’s appeared on CTMQ in the past. This is actually merely a test to see if she ever happens upon this totally random page.