1. People in Alaska where they’ve become a bit of a nuisance.
2. “Hot dam” makes no sense, because January 14, 2012 was single-digit cold with a biting and constant wind. 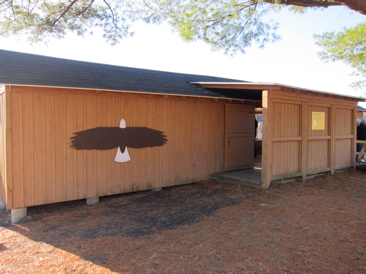 After some frigid dawn hiking down the Housatonic, I drove up to the Shepaug Dam. I had secured a reservation (they are limited and are limited to a few winter months) and found the whole check-in system efficient – and very official.

I guess that’s necessary because a) these are bald eagles we’re talking about, and b), the power generation company First Light owns the property. The road in is sort of a weird road to nowhere, but there is ample parking and the volunteers (mostly from the Audubon Society) are very helpful and friendly. 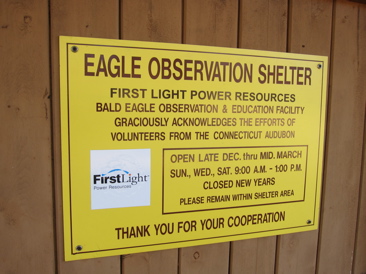 Like I said, it was COLD. The viewing areas outside of the little observation building are up on a bluff above the river valley and let me tell you, when the winter winds blow there, you feel it to your core. Of course, I’m a tough guy and had just hiked 8 miles or so when it was a few degrees colder, so I didn’t let it bother me. Bare hands and everything.

Don’t believe me? Here’s a tip from the website: “Over-dress. Dress in several layers of clothing and dress with more layers than you may think you need. The Dam is on a hill and tends to be colder than most other Connecticut locations.” So there.

And besides, we were there to bird watch. Do birds wear Gore-Tex and Smart Wool? No. So who are we to complain? 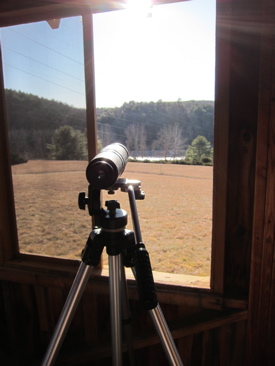 I don’t know what the limit of visitors is, but it appears to be maybe 40 or so each weekend day its open. There were about 20 hardy souls doing the same thing I was when I was there. Here’s some visitor infomation from the people who know:

So you see, you’re almost guaranteed an eagle! Before I forget, I swear there was an Audubon volunteer there whose last name was Bird. I just had to mention that.

You may recall that the winter of 2011-12 was very warm. Despite how cold it was during my visit, the warm weeks preceding it usually means less eagle activity at the dam. The reason they gather there is because the waters below the dam never freeze and fish, that are being constantly churned up towards the surface, are always available to the eagles. Since there had been no pond or river freezing this winter, the eagles could get their meals pretty much anywhere.

So when you go, try to go after a long cold snap – you’ll have better luck, especially on a clear day. 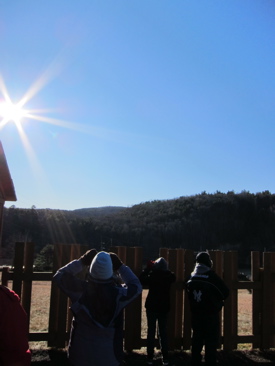 Inside the little hut, there are a bunch of signs explaining all you’ve ever wanted to know about eagles. It’s cool to have something to read while waiting for a turn at one of the telescopes (or whatever they’re called) that are available.

There’s a whole explanation about how awesome hydro-electric dams are and how the eagles just love them. (They failed to mention how much the spawning fish hate them.)

But for me, the sign about the Marlink/Vizada Satellite dish array at the dam was far more interesting. As you drive into the dam’s parking lot, you’ll pass a whole bunch of satcom dishes. Even more than you’ll see at ESPN in Bristol.

The Southbury teleport was built in 1975 and was really one of the pioneering mobile and transportable satellite systems ever since. In 1976 the first mobile communications satellite was launched (Marisat). This new technology allowed constant ship-to-shore communications for the maritime industry. Prior to Marisat, companies would go as long as 48 hours without communications with their ships at sea. That’s pretty cool if you ask me. 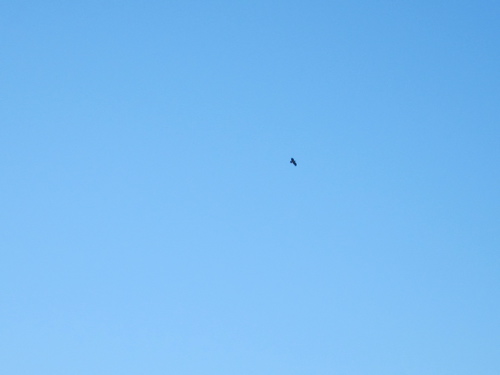 With direct access to the Connecticut’s largest hydroelectric dam, Shepaug, Southbury is assured clean and reliable electrical power. Okay, back to the eagles.

I saw one adult sitting in a far off tree over the river here: 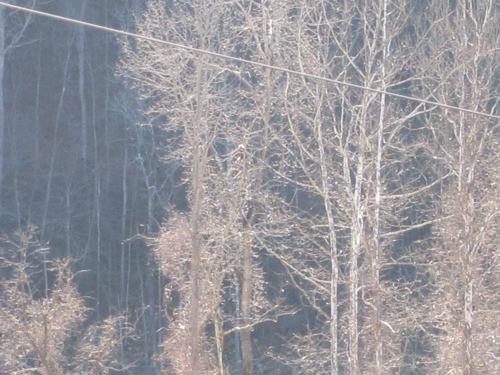 What are you blind? Sigh… okay, okay, I’ll help you spot him: 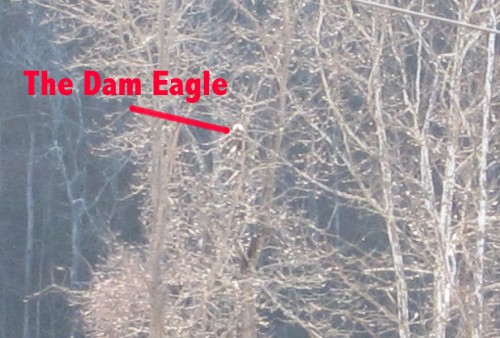 (It was much easier to see it through the scopes and binoculars provided, of course.) I also saw a couple juveniles “playing” in the updrafts along the valley walls. Even though a bunch of the people there had seen many eagles in their days, they were still enthusiastic and excited to see more.

For my part, I was ecstatic. There’s just something about these birds to me. I’d say they warm my heart, but on the day I was viewing them, my heart was pretty much frozen solid, so I cranked up the heat and hit the road. 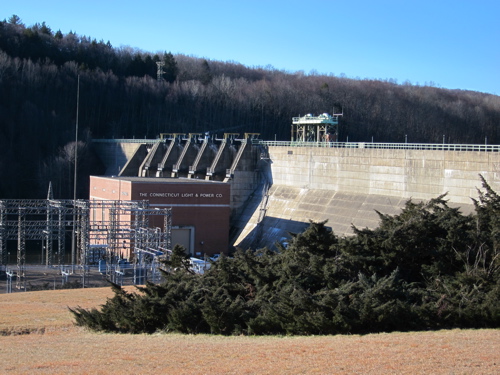 If you think of it, make a reservation and get out to Southbury (or down to Essex) to see some bald eagles. Totally worth it.

2019 Update: We have bald eagles nesting near my house in West Hartford so we see them frequently at home now. Which is awesome.