In my effort to be a true Burlington Land Trust Burlington Trail Master, I made it a point to revisit this slightly confusing property. 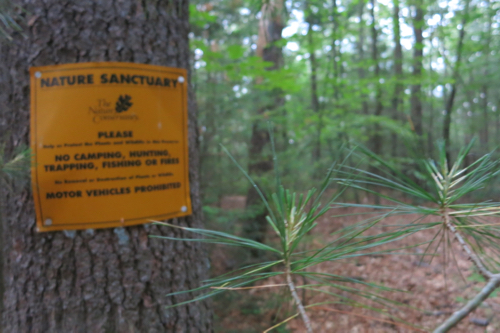 I say “revisit” because I previously hiked most of it in 2008 when I was working my way through the Tunxis Trail network in town. I sort of glossed over these trails as back then, they were dead-ends and the view at the top wasn’t anything like it is now.

And I said “confusing” in the first paragraph because the whole land ownership thing here is a bit convoluted. They bulk of these Taine Trails lies on Nature Conservancy land on Taine Mountain. 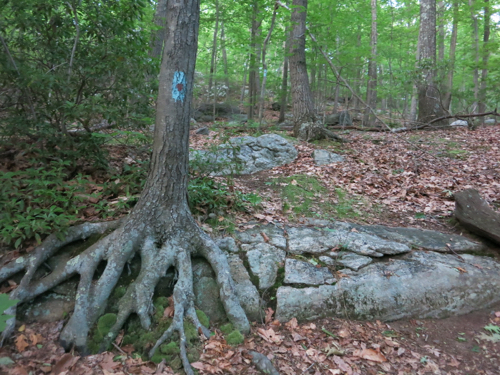 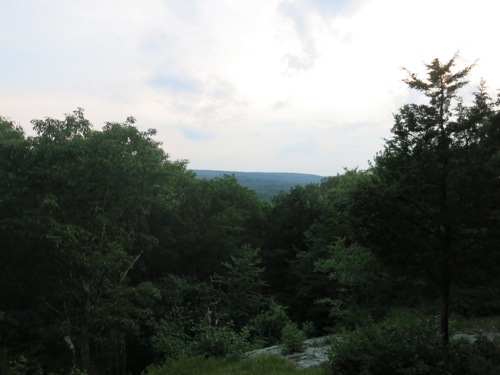 As in 2008, I began at the bottom at Ryan’s Way at the intersection with Punch Brook Road. There’s a decent enough hiker’s lot there. There are a bunch of conflifting maps online. Just do this, if you want to do this:

Park where I parked and hike up the Red Dot Trail. Just follow it straight up the mountain all the way to the road at the top. Turn left on the road and follow it down until you see a blue-blazed trail on the left, about a quarter-mile before the bottom. Hike that over to the Red Dot you came up on, turn right and reach your car in a few minutes.

Oh yeah, when you’re up near the top, look out for an orange-blaced trail. This is the “Taine Mountain Bird Trail” that is required for you BTM completion. It’s important. 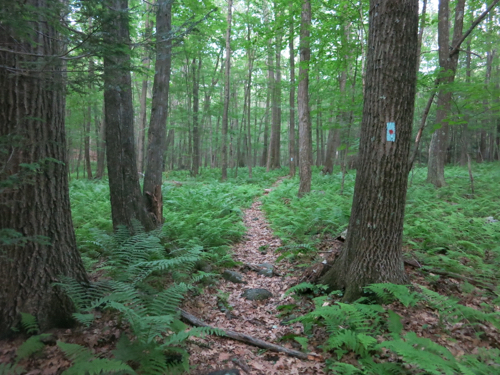 The main draw of this hike is Perry’s Lookout. There is no consensus on which Perry the lookout is named for, however. A Perry family owned the land and the old white house on the corner of Punch Brook and Tain Mountain road 100 years ago. Then there was Perry Deming who helped cut and clear the trail up to the lookout.

The lookout, by the way, was recently made a lookout again after an agreement was reached with the BLT and the Nature Conservancy and other local organizations that allowed for some tree-cutting up there. Before that happened, there was literally no view at Perry’s lookout. 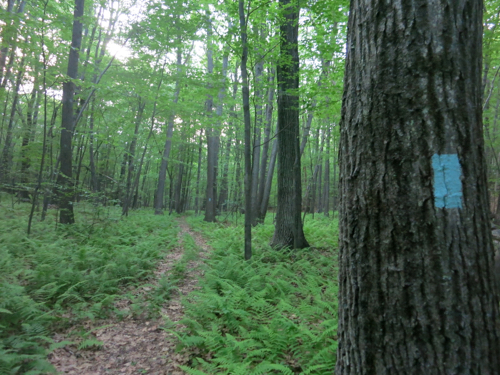 I can’t say that I don’t recommend this hike. After all, you all should hike every inch of the Tunxis Trail and its network trails and you all should then go on to become Burlington Trail Masters.

But if you’re completely weird and have no desire to do either, then yeah, there are much better hikes in Burlington. Oh yeah, I should note that there is another trail network on Taine Mountain over on the Farmington side, if you’re all about the Taine. 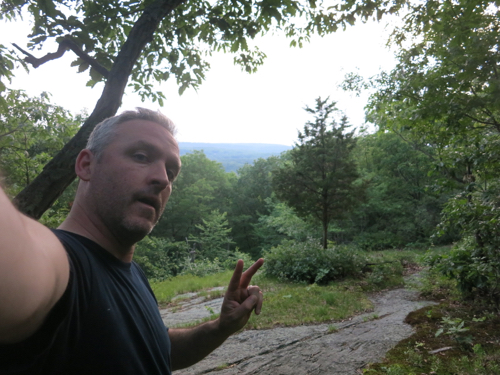