My journey with The Ice Storm involves more Ice Storm than most people would ever want. I watched this movie when it was first available at Blockbuster in 1998 or so. It depressed me. Then I read the book by Rick Moody in 2019 and told myself that I was done with it. The book is brutal on the emotional front. 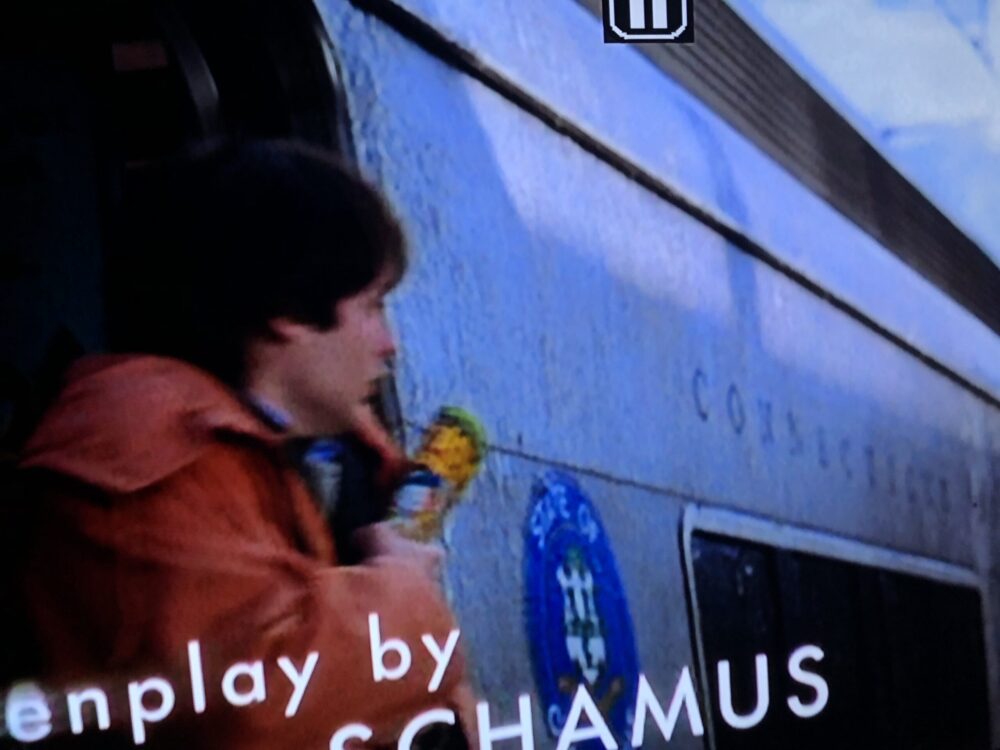 I love CT trains in movies!

Then I got that itch. That itch to watch the movie again because a) it’s a really good movie and b) it was filmed entirely (I think?) in Connecticut. Having read the book a year prior, I was prepared for the impact of the movie. The book is dark, man… dark.

The movie, believe it or not, is a bit cheerier. But yeah, it’s still dark. It also stars a slew of young actors that went on to be not young actors: Christina Ricci, Tobey Maguire, and Elijah Wood. Katie Holmes has a bit part. Kevin Kline, Joan Allen, and Sigourney Weaver round out the solid cast – all in a movie directed by the super talented Ang Lee. 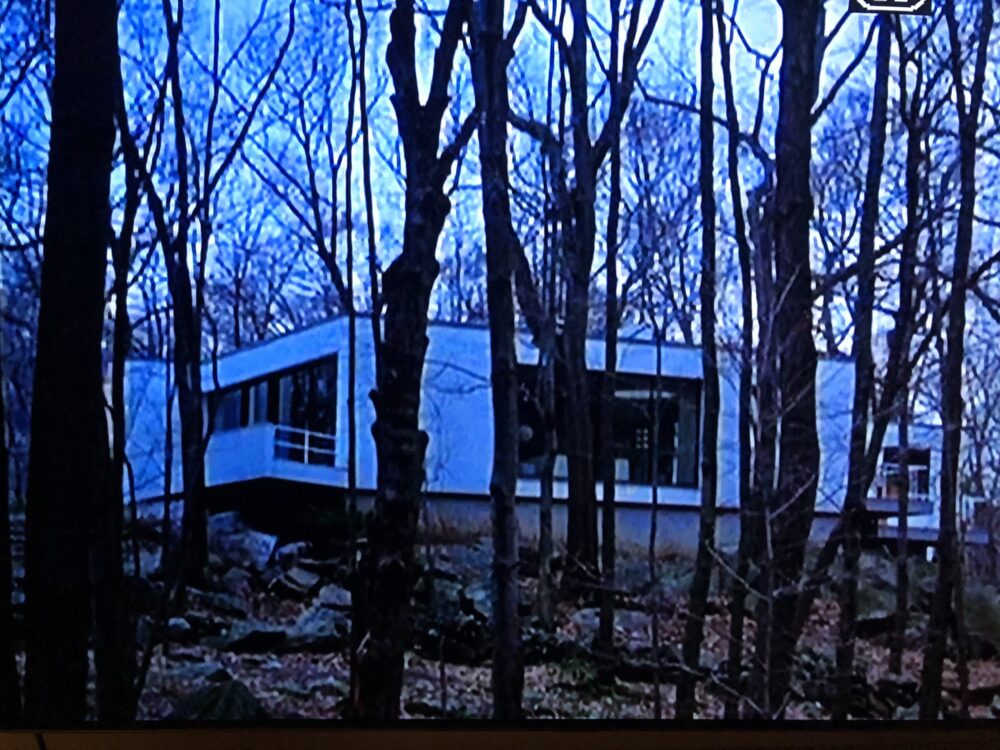 It’s the early 1970’s in New Canaan, Connecticut a few days before Thanksgiving. The movie gives us a peek behind the curtains of this quiet suburban town. Like so many shows and movies, the “quiet suburban” town is nothing more than a mask covering wounds, secrets, and lies. (Which, let’s be honest, is pretty on point for New Canaan.)

The film centers mainly around the Hood family. Husband Ben (Kline), wife Elena (Allen), son Paul (Maguire), and daughter Wendy (Ricci). Ben is sleeping with the neighbor (Sigourney Weaver) and Elena is secretly, angrily aware. This undercurrent of anger and mistrust is woven through the movie, as it takes a long, long time for Elena to let Ben know she knows. 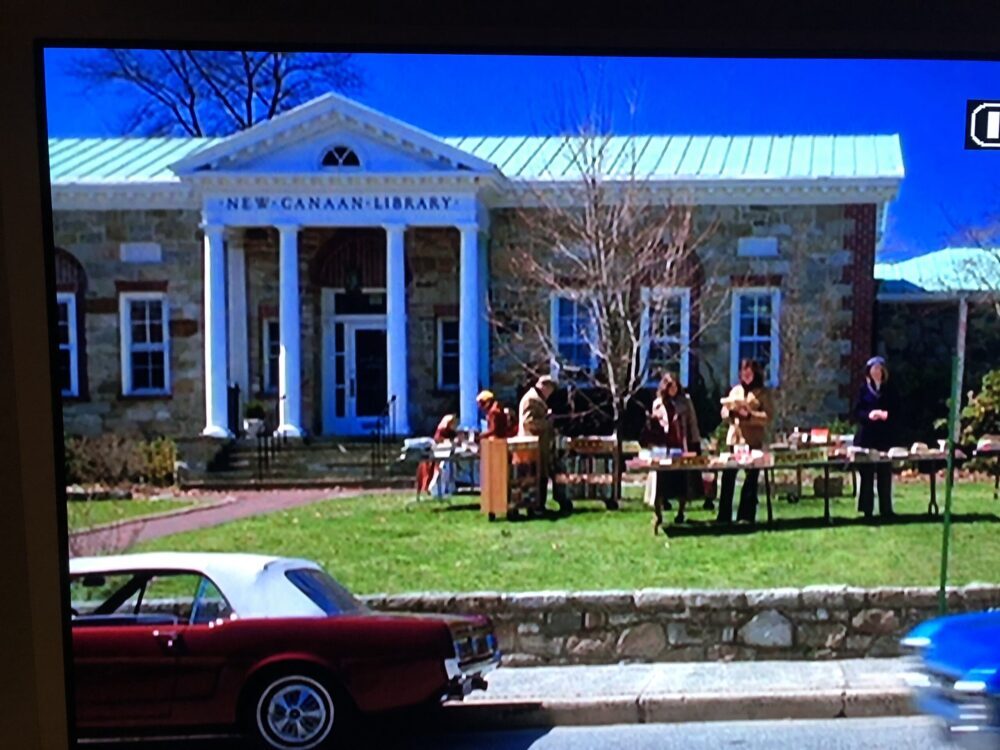 I love CT libraries in movies!

Meanwhile, they’ve ignored their children for the most part, despite putting on the airs. Elena, coming into her own sexually, is babysat by the TV and the Watergate hearings. She has no idea what love or sex or intimacy is thanks to bad parenting, and winds up in a few uncomfortable situations with the Carver boys.

(The book is much, much more uncomfortable with these awkward relationships.)

Paul is in between boarding school and home, drifting back and forth on the Penn-Central line between New York City and New Canaan. He falls for Katie Holmes and there’s a whole storyline with him and his pothead roommate trying to win her affections. Paul is a smart kid, but is also sort of lost in a fantasy world of Marvel comics, comparing the Fantastic Four to his own family. His family is anything but fantastic. 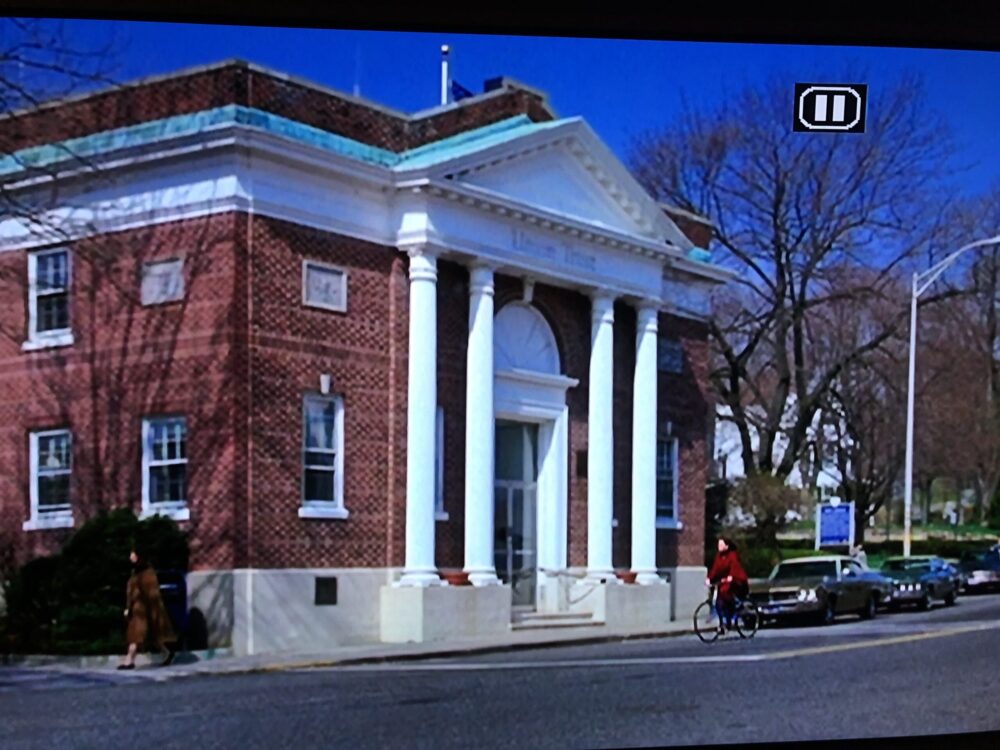 The famous scene that everyone who remembers anything about this movie is from the key party. I refuse to believe there were any key parties in New Canaan, ever, but whatever. A key party is basically a swingers party where in you don’t know whose spouse you’re going to sleep with. Yes, adultery happens every day in New Canaan. Yes, wives know their husbands are doing it in New Canaan. But a party where everyone is party to it? C’mon.

Anyway, with the mood of the movie set, the Carvers go to the party with horrible ice storm building. This is when the literal ice storm descends upon the family; the figurative ice storm has been crafted already. Elena has grown distant from Ben and yearns for her youth. A scene where Wendy rides her bike through the center of town is poignant, as Elena just watches Wendy glide by as she smiles wistfully. (And then a priest flirts with her. The 70’s were wild, man.) 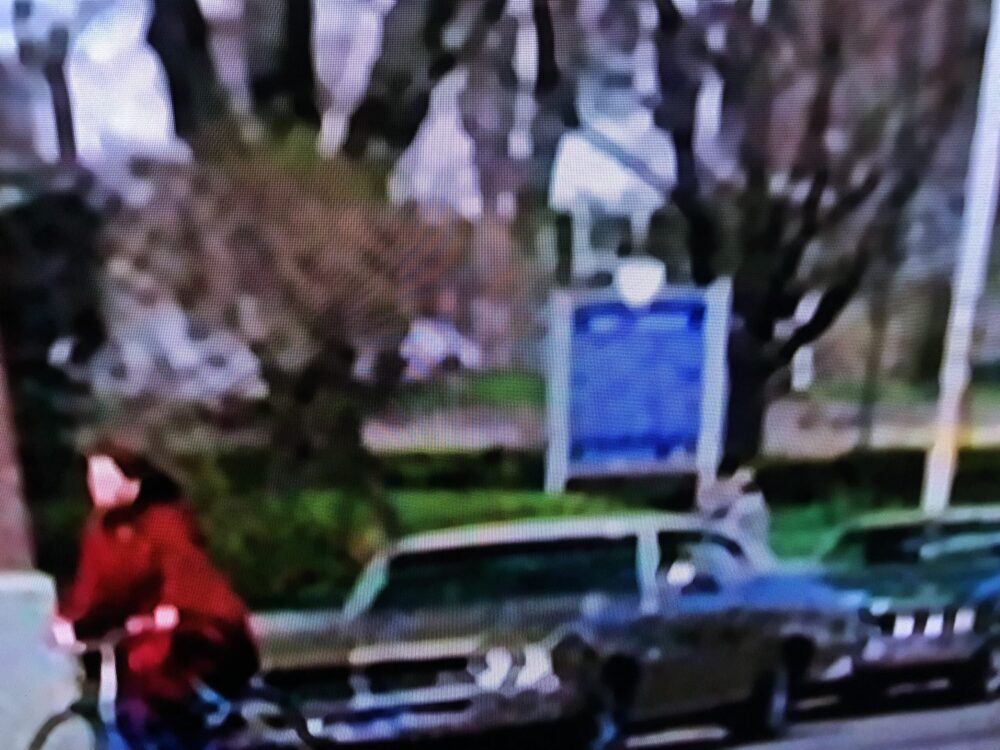 New Canaan’s blue sign wasn’t installed until 1976 or 77. This movie took place during the Watergate hearings at some point between 1972-74. NAILED ‘EM!

Ben finds solace in passionless sex with his neighbor, whose husband is on the road for work all the time. It all comes to a head at the key party. Roads become undrivable, The Hoods all do regrettable things. And the Carver boys, well, they do some shocking things as well.

A true character study. The Ice Storm is a slow-paced character study of emotionally stunted or undeveloped families in the early 70’s. Ice storms are always beautiful on the surface, but the damage they cause is ugly and painful. Again, Moody’s book is darker and richer, but that’s always the case. Ang Lee has done a fantastic job translating it into a very good movie.

CTMQ Rating: 5 out of 5 thumbs up
Connecticutness: 161 out of 169 Nutmegs
Filmed in Connecticut? Yes
Wealthy Caucasian with a Big House? Yes 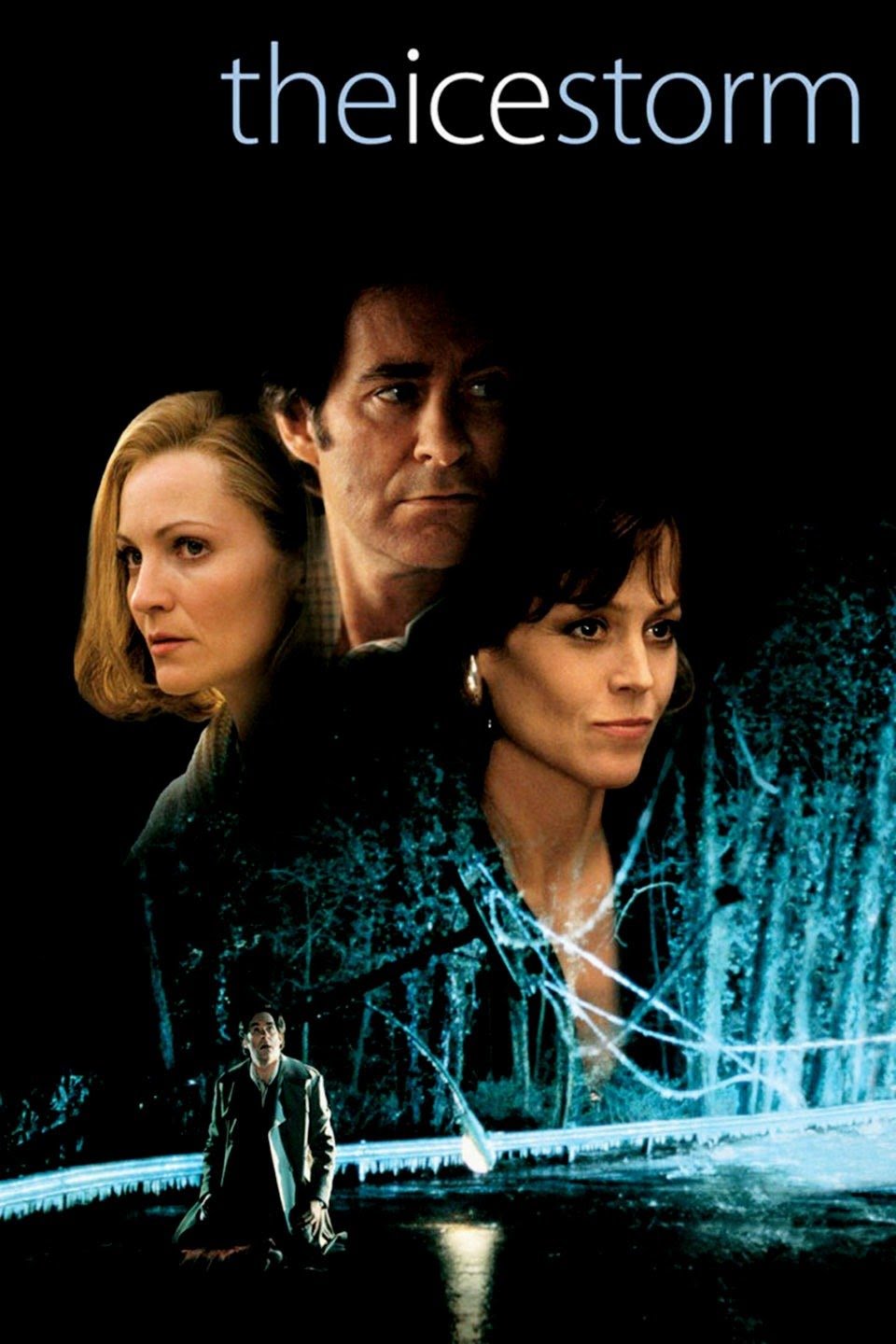