CTMQ > Everything Else > Superlatives > Robertson Airport

I had never heard of Robertson Field before my visit to the Plainville Historic Center. There, my guide offhandedly mentioned that Robertson Field was the oldest airport in Connecticut. My ears perked up and I noted it, but pretty much forgot about it. 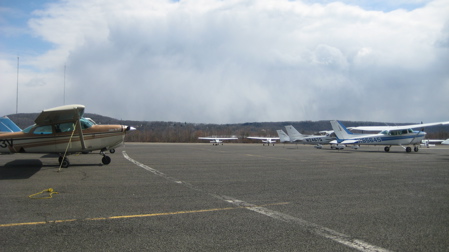 To refresh our collective memory, here’s the bit I wrote about Plainville’s place in aviation history back then:

“It turns out that our little Plainville is home to some serious aviation history – on two fronts.

…One Mr. Nels Nelson, who, in 1911 first flew his 33-foot “flying machine” from the Scott Swamp District off present-day Route 177 in Plainville. He was a daring 22-year-old from New Britain who went on to put on flying exhibitions around the country. Who knew? 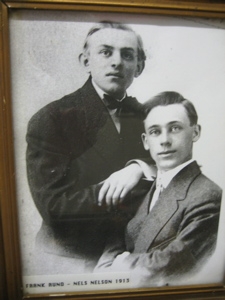 Also, I learned all about the little local airport, Robertson Field. Opened in 1911, it is the oldest airport in Connecticut! Furthermore, John H. Trumbull, a Plainville native and Connecticut’s Governor from 1925 to 1931, is known to have used the airfield. He was dubbed “The Flying Governor”. My guide told me that Trumbull was actually a terribly pilot who had a habit of bad landings – but somehow never died doing so.” 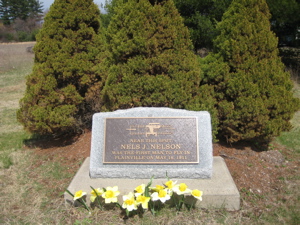 I found myself at a writer’s event at Tunxis Community College (where I visited the Wallace Barnes and Barbara Hackman Franklin Art Gallery) and noticed a small sign pointing the way to the nearby airport. Eh, I had some time so I went to check it out.

The airport lies just past a residential area. Just before entering the gate, there is a little monument dedicated to Nels Nelson. That’s nice.

This is a pretty cool little place. You can park right next to the “terminal” which is a small building with a couple of offices and such. While the runway area is fenced off, visitors can get very close to the action – something that I enjoyed. 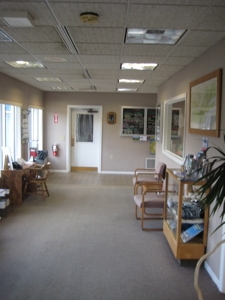 Lest you think this airport is so small that you won’t see any action, you’d be mistaken. While small, (Robertson Field covers an area of 39 acres which contains one runway and one helipad), for the 12-month period ending July 31, 2006, the airport had 59,200 aircraft operations, an average of 162 per day. There are 110 aircraft based at this airport.

Beyond the history (which they disappointingly don’t play up in the lobby area), Robertson Field is interesting for another, more recent, reason. It was privately owned by the Tomasso Brothers who tried to sell it to developers for $7 million. But the town of Plainville fought back and successfully obtained public funds to purchase the airport and have kept it “as is.”

Maybe someday I’ll learn how to fly. Yeah, I’d like that. (Don’t worry, my wife doesn’t read this stuff.)