My first CTMQ visit of 2009… and she’s a beaut. I had a day off with Damian while Hoang had to work and his daycare was closed. What to do, what to do… Go check out a half frozen waterfall of course! 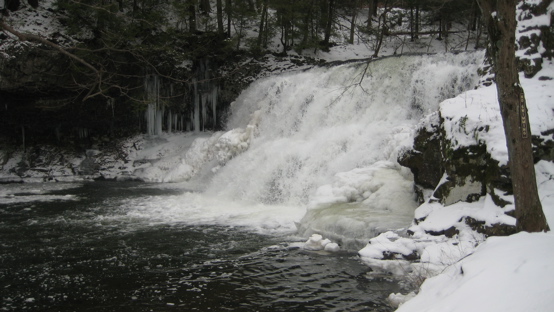 Amazingly, I’d never been to Wadsworth Falls State Park – it’s one of those places that people can’t believe I’ve never been to. Well, now I have; if only a tiny swath of it and for only ten minutes. But it’s surely the coolest swath – and that counts on my blog. (Though, admittedly, I only saw the “Big Falls” and not the “Little Falls” a few minutes up the path. The path which, on this day, was icy and I was carrying a toddler. You see my reasoning.)

The main entrance to Wadsworth Falls State Park is along Route 157 in Middletown. There is also a parking area for Wadsworth Falls located along Cherry Hill Rd in Middlefield. Above the falls are the remains of an old sluiceway or flume that once carried the mighty Coginchaug River through the bowels of the Fall Manufacturing Company’s Cotton Factory. Manufacturers at mills along the river produced everything from paper to grist to snuff to cutting nails to buttons to washing machines wringers, gun parts and gun powder. 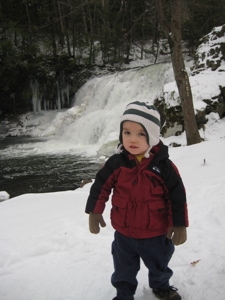 The height of Wadsworth Falls is really not very impressive. At only 15 feet high, this falls is dwarfed in height by most of the other Connecticut waterfalls. However, there are few waterfalls in Connecticut that match its power. Wadsworth Falls looks like a miniature Niagara Falls in that it is much wider than it is high and it has a large volume of water passing over it. Even in drier times, the falls is pretty full. In the spring or after a good rain, the Coginchaug can pour over the falls in a furious torrent.

Named after Col. Clarence Wadsworth, the previous owner of the falls, the falls are located in a corner of Wadsworth Falls State Park. Most of the park is taken up with trails, picnic areas, and a large swimming hole. In fact, the main entrance to the park is on the other side of the park from the falls. However, the secondary parking area for the falls makes it easy and free to view the falls. On one side of the falls is a large shaded grassy area where the falls can be viewed from different angles. There’s even a little walkway out to a point directly above the falls. The area makes a great place to picnic. On the other side of the falls are many tall trees on a steep incline up to railroad tracks. The wall that the trees and the slope provide make the falls seem initimate than most river falls. 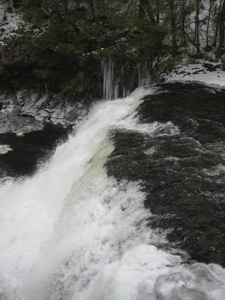 Although there is absolutely no swimming above or below the falls because of strong currents, fishermen are often seen trying to pluck trout out of the deep and fast-moving waters below the falls. However, the park land ends just around the bend where a gunsmithy has been converted into a private home so there isn’t much room to fish.

I’m sure I’ll explore the park more in depth someday, but if it’s during the summer, I’ll be sure to park off of Cherry Hill Road because it’s free there. Who in their right mind would pay the 8 bucks or whatever to park a mile away at the same park? 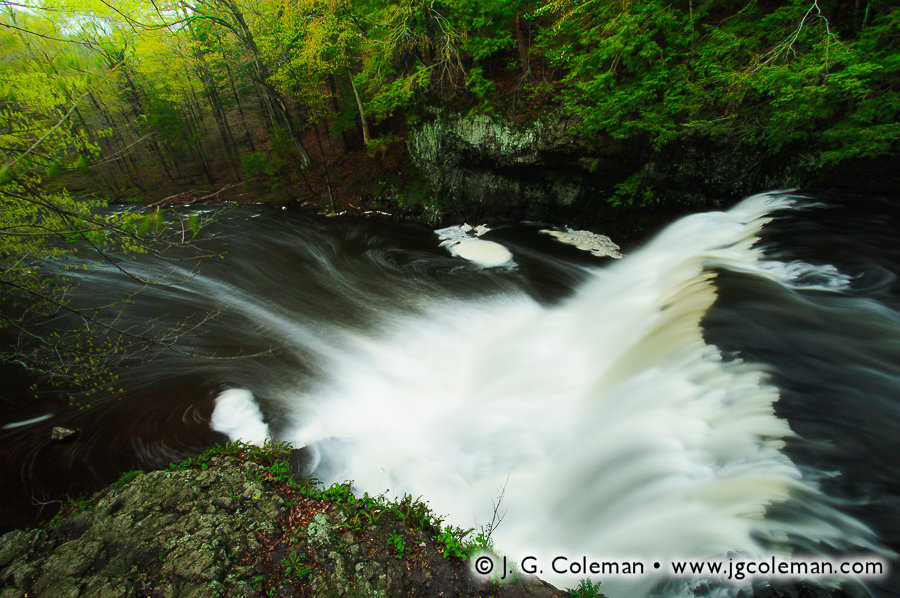 Photo from Justin Coleman Photography. I enjoy his work.