CTMQ > Everything Else > Superlatives > World’s Most Expensive Chocolate

Between 2009 and 2020, Fritz Knipschildt has changed his business’s name and operation several times. But he still makes and sells this thing.

Towards the end of a day-long jaunt in Fairfield and Norwalk, my crew and I took a break at Chocopologie Cafe in SoNo (South Norwalk). I had tried coming here before with Hoang and Damian, but they were closed. 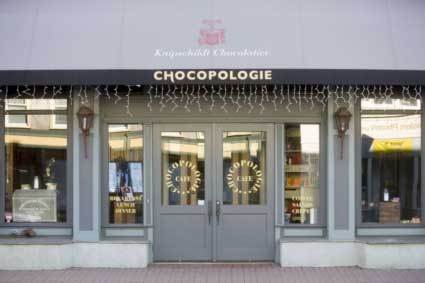 The cafe itself is very unique and renowned, but this post is specifically about the most expensive piece of chocolate in the world. Yes, the WORLD. As you’ve already guessed, this overpriced silliness is more a publicity stunt than something people actually buy – but this is Fairfield County and you darn well know those hedgefund managers buy this thing for fun every now and then.

Oh, and Madonna bought one once. Huzzah. 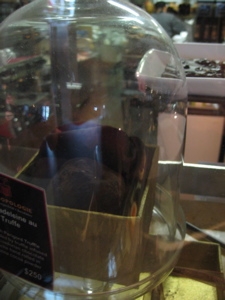 There it is… under glass

While we did enjoy some cheaper chocolates at Chocopologie, we didn’t buy a $250 two-bite piece of chocolate. I did take a picture though. Here’s a blurb about it from a silly website called The Most Expensive Journal which is just what it sounds like. 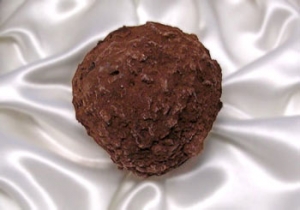 Fritz Knipschildt is the architect behind the most expensive chocolate in the world and is sometimes called the Willy Wonka of Connecticut. He founded Knipschildt Chocolatier in South Norwalk, Connecticut in 1999 and brought his Danish culinary training with him. All of his chocolates are handmade artisan products using only the freshest natural ingredients, with no additives or preservatives. He sells a chocolate called the Madeleine that must be ordered in advance. The Madeleine contains a creamy truffle ganache made from French Valrhona chocolate blended with fresh cream infused with vanilla pods and pure Italian truffle oil. 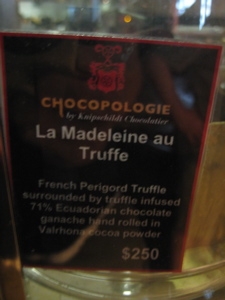 This extravagant yet simple ganache then has a French Perigold truffle rolled inside of it and the whole thing is dusted with cocoa powder. The ingredients alone don’t explain why this truffle chocolate is the world’s most expensive chocolate ever sold. Mr. Knipschildt’s explanation for the price tag is the tremendous amount of work that goes into producing these chocolates. The ganache is whipped and folded by hand for a long time to make it as silky as humanly possible, and he even has to perform the hand rolling of the Perigold truffle inside of the ganache within a refrigerated room so that the ganache hardens ever so slightly enough to be workable. Each one of these luscious truffle chocolates has a price tag of $250, making the confection cost approximately $2,600 per pound in quantity.

The Madeleine must be ordered in advance, and each chocolate comes with a personally signed card explaining how it was made and a unique serial number. Mr. Knipshildt has certainly created the world’s most expensive chocolate confection, and it’s probably worth every penny.

Really? “Worth every penny?” That’s the most ridiculous thing I’ve ever heard. 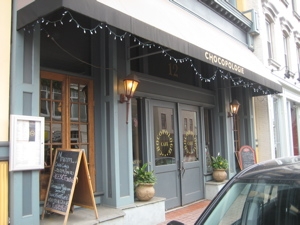