We’ve all seen these “Before you Die” lists. They are fun until you start thinking about your own mortality and how little time you have left to get to the 1,000 places highlighted in the books.

So I make it easy and stick to the Connecticut places I must see before I die. (Road Food’s 500 Places to Eat Before It’s Too Late had half the entries, but over 60 Connecticut joints. I actually completed that hot dog heavy list, here.) 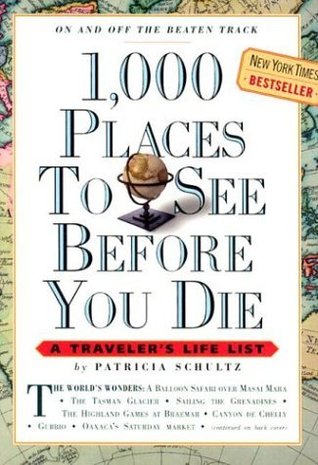 Connecticut boasts 4 places you must see before you die. So I think most of us should be able to get to them before we leave this mortal coil. One of them is “The perfect small American town,” a.k.a. Essex.

Yes, Essex, Connecticut. Right up there with the Great Barrier Reef, the Taj Mahal, and The Louvre… I’m happy to say that I’ve been to Essex many times. And I agree, it is one of the state’s best little towns. (Here’s my Everything Essex page.) 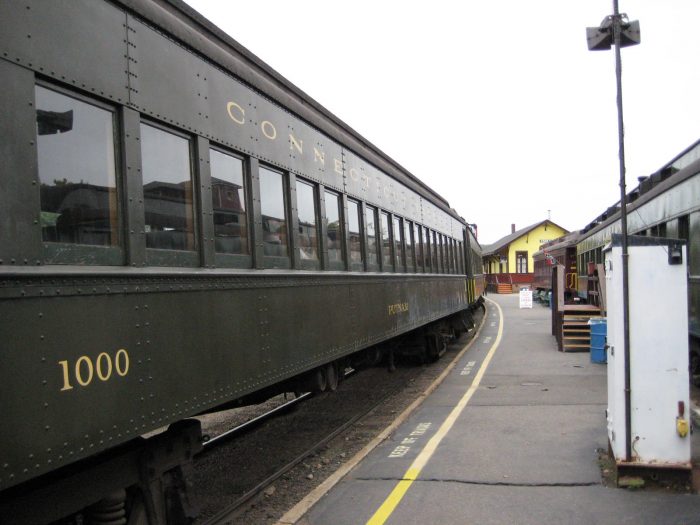 Interestingly, I have the 2003 edition of the book. It is outdated. So I checked the 2013 edition and I’m happy to see some good updates.

Essex is a mint-condition one-traffic light river town where the dignified Revolutionary-era spirit still lingers – and there’s not a fast food joint in sight.

I’m quite impressed with the author here. The 2013 edition’s lede is:

A dignified, Revolutionary War-era spirit lingers in Essex, a mint-condition town on the Connecticut River, where Colonial and Federal houses hark back to a shipbuilding heyday.

Well done. Because there is more than one traffic light and there are fast food joints in sight. They also capitalized Colonial and Federal AND cleaned up a clunky sentence. Someone still cares how to write.

The town boasts some of the nation’s best examples of early colonial and federal architecture, built when the town was famous and prosperous for shipbuilding, a trade that was first established here in 1645, and flourished until the advent of the railroads in the mid-1800’s. On Main Street and its narrow back roads, white picket fences frame many landmark buildings that even today remain private homes, while others have been turned into antique and specialty stores. 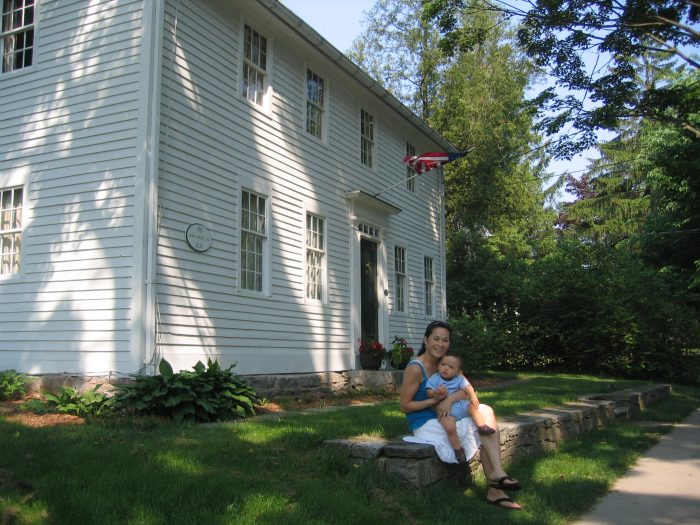 Man, these Before You Die people aren’t afraid of run-on sentences. It’s almost like they aren’t concerned about us dying before finishing a page. The 2003 version centered on the Griswold Inn and only the Griswold Inn:

One of the most celebrated buildings in town is the Griswold Inn, the oldest continuously operating inn in Connecticut and one of the oldest in America. First opened in 1776 (and the first three-story building constructed in the state), the Griswold’s heart is its famous, must-visit Tap Room, originally the town’s first schoolhouse, built in 1738 and later relocated here from across town. A potbellied stove sits at its center, and its wood-paneled walls are lined with a prodigious collection of maritime memorabilia and original Currier and Ives prints, the largets collection in private hands today. Much of the inn’s buzz (not to mention Dixieland jazz and banjo music) emanates from here, a perennial magnet for locals, riverboat folks, yachtsmen from Long Island Sound, and nostalgia-seeking landlubbers alike. Overnighters can hang their hats at any of the handsome guest rooms, many guests stay for the weekend just to be the first at the inn’s well-known Sunday Hunt breakfast, an enormous affair said to have been inspired by the British who commandeered the inn during the War of 1812. Guest come for the table-groaning buffet (the inn’s sausages are made from a historical recipe), but also for its especially inviting camaraderie that envelopes the inn and reflects the key role the Gris has long played in Essex.

They have a point. The Gris is an amazing place. I’ve taken the awesome Art Tour there which I highly recommend, and was even inspired to write about all of the superlatives associated with the place, here.

The 2013 version edits that mess down and includes some of the other stuff that make Essex… Essex. 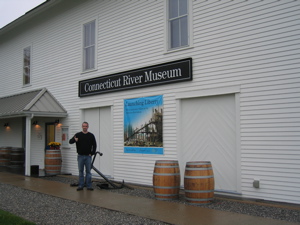 That’s it. The 2003 wrap up contains Best Times to visit, including for the “Loser’s Day Parade,” which they say “commemorates the unsuccessful British raid on Essex in 1814.

The parade is now called the “Burning of the Ships Commemoration” and you’d be hard-pressed to argue that the Brits were unsuccessful. They burned 28 warships at Essex after striking a deal to do so while sparing the outmanned and outgunned townsfolk.

But, whatever, pencil in Essex between your next trips to see the Northern Lights in Norway and the Great Wall of China.