Essex is such a beautiful town. Really and truly. There’s really not much wrong with Essex. When they write books about “New England charm,” Essex is always at the top of those lists. If I were forced to open a Bed & Breakfast in Connecticut, I’d probably put it in Essex. Access to the Connecticut River, the beaches, equidistant to New Haven and Hartford… And, of course, it’s where the Griswold Inn is. 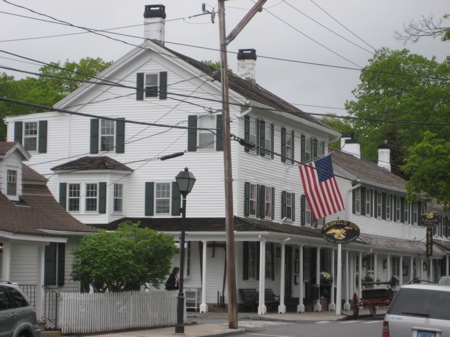 Heck, it’s where the Gris, as it’s known, has been for… forever. Since 1776, in fact, and apparently it has sold libations and nourishment every year since then. Yes, through the Revolution and through War of 1812 and through the temperance movement and through prohibition, and through the hurricane of 1938 and through Hurricane Sandy, the Gris takes pride in its scalawaggery. As it should – this place is truly one of the more fascinating joints in which to have a beer with friends or a fairly gourmet dinner with family. 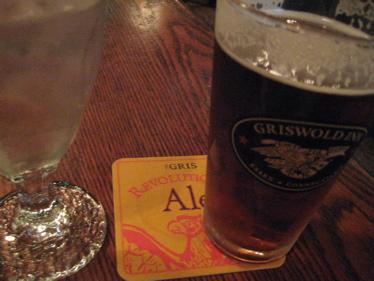 We’ll get to those controversies in a minute. Walking around the various dining rooms, one could be convinced that one is in a museum. In fact, I was convinced and joined one of the Gris’ excellent art tours, here.

The inn’s public rooms make up a giant gallery for maritime paintings, including the largest private collection of the works of Antonio Jacobsen, a major painter of ships in the early part of this century appraised at over a million dollars back in 1991. There is another dining room lined with antique and rare guns from two centuries ago. You can also easily walk to two museums from the restaurant – the Connecticut River Museum (CTMQ visits here) and the Pratt House Museum (CTMQ visit here). 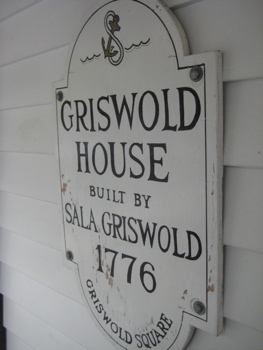 Essex has a long history of shipbuilding. One of the longest in the country, actually, as one of the very first commissioned warships was built a block away in 1776 – the Oliver Cromwell (CTMQ “visit” here). Back then, the influx of shipbuilders needed a place to hang out and booze it up. The Griswold Inn was born!

Founded by three brothers, it has been under the stewardship of only 6 families. It was taken over by the British during the War of 1812 and used as a headquarters and incidentally, Essex “celebrates” their 1812 beat-down and burning with an annual parade. Over the years, the Gris has gone through a bunch of additions. One was an 18th-century schoolhouse that was rolled down Main Street on logs and converted to the inn’s taproom. The other addition was a covered bridge from New Hampshire, which is now known as, of course, the Covered Bridge Room. 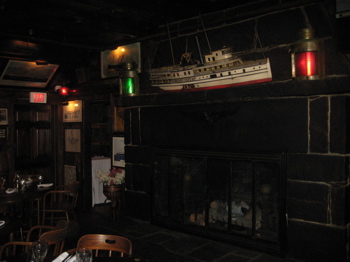 It can be dark in the taproom

I arrived one appropriately dark and stormy day for a solo lunch. The rooms are dark and one even has a leather ceiling. The atmosphere in the dining rooms is extraordinary – I didn’t see any of the lodgings, but that’s not important. I ordered a “Gris Revolutionary Ale” which, upon pressing my waitress, is made by coughAnheiserBuschcough. But it was actually pretty good. My soup and salad was decidedly non-Revolutionary, but it was good nonetheless.

Although the dining room fare is said to be fantastic, I was here because of the history and beauty of the rooms. The breadth of maritime paintings here really does rival most museum collections. There are hundreds of them here. Not to mention a whole slew of historic signs from the last two centuries of operation. I didn’t get a picture of the gun room because it was packed with yuppie diners and I am never comfortable taking pictures over people enjoying a meal. I’m sure I can find one on someone’s Flickr set somewhere though. 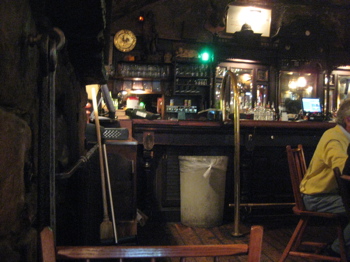 Okay, so what’s the deal with the superlatives? To their credit, the Gris themselves state on their website, “One of the oldest inns in America.” Fair enough. But over the years, there have been billboards and advertising blurbs that go one step further noting that it’s THE oldest inn in America. To which I immediately say, “what about the Curtiss House out in Woodbury that I’ve passed a dozen times with a giant sign out front on route 6 that declares, ‘Connecticut’s Oldest Inn’?” And, what about the Wayside Inn in Sudbury, MA which proclaims to be the oldest inn in America, pre-dating the Gris by some 40+ years? And what about the genial gents from the Essex Historical Society who boldly state that the Gris wasn’t even built until 1800 or 1801? 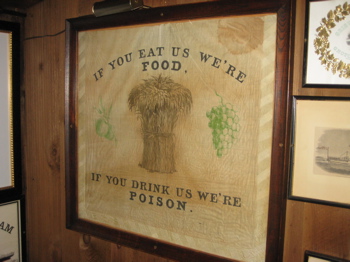 Hurrumph. Just as I was enjoying my faux-signature ale too.

“Not so fast,” sayeth the Gris! Their claim is to be the oldest continuously operated inn in America. A-ha! What say you, Curtiss House? Turns out they shut their doors for half a year over a disputed lease sometime just before WWII. Seriously?

Now remember, off the top of my head I know that Lake Compounce is the oldest continuously operated amusement park in the country – thanks to their opening for ONE DAY a year during some lean times. (CTMQ report here). And then there’s the oldest continuously published newspaper in the country, the Hartford Courant which has its own picayune rules to satisfy their claim (CTMQ visit here). So this inn debate isn’t all that unique.

(I don’t know the details on the Wayside Inn and why they can’t claim to be continuously operated, nor do I much care since it’s located in stinkin’ Massachusetts.) 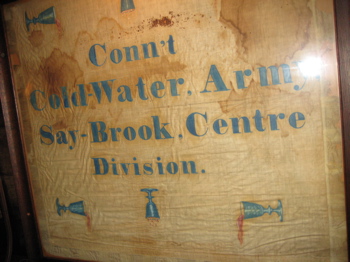 The Gris is great. I was fortunate to be able to wonder around it on a weekday at the end of lunch service and got to see most of the dining rooms, but still missed some good stuff. I’m not usually one for old-timey inns at all, but this one’s coolness factor supersedes my disdain for the typical old and dark colonial inn thing.