My word, this is an old page – written back when there were only a few breweries in Connecticut. Please read it with that in mind, thanks.

After having visited the very-close-to-home Hooker Brewing Company in Bloomfield, I was happy to find another of Connecticut’s rare “craft breweries” on my return route from my CTMQ speaking engagement in Rhode Island. In fact, Cottrell Brewing Company is barely in Connecticut (“Rhode Island is only 22 yards away”, according to my host – a slight exaggeration) being situated just over the Rhode Island line in Stonington’s little Pawcatuck hamlet/town/thing. 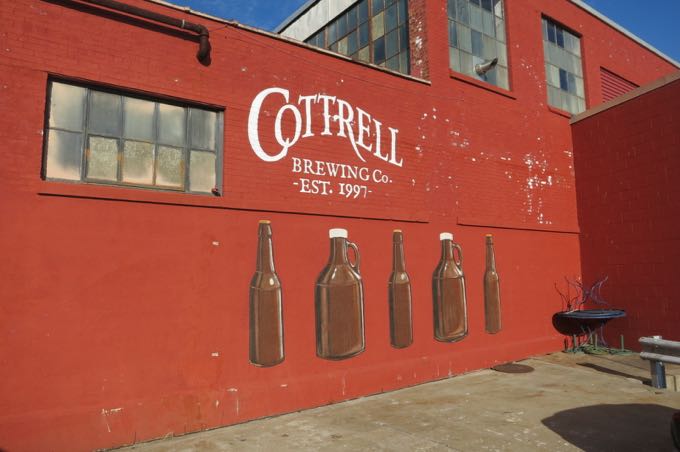 Actually, I just consulted a map because the guy at the brewery was incredibly honest and why would he lie? I do believe he was right – so there you have it, Cottrell Brewing Company is the closest brewery to RI in Connecticut. How’s that for incentive to go check it out?

Okay, as with my Connecticut Winery Tour, I’m not going to pretend to know much about the brewing process. And, quite frankly, I don’t have a desire to learn all about it either. I do, however, enjoy a good beer now and then, and especially like the thought of local guys doing it themselves. There’s usually a story attached and at Cottrell, it’s a historically rich one. 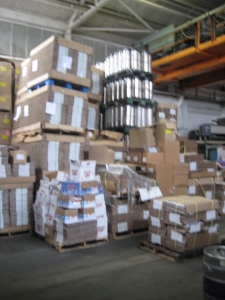 In 1666 an early “Yankee” named Nicholas Cottrell, together with a group of other settlers, purchased land from the native Narragansett Indians which would eventually become known as the town of Westerly Rhode Island. Long after the establishment of the town, in 1855, a descendent of Nicholas named Calvert B. Cottrell formed a manufacturing company in Pawcatuck Connecticut, on the other side of the small river across from Westerly. C.B. Cottrell & Sons, Inc., gained a worldwide reputation as manufacturers of printing presses. With over 100 patents, the Cottrell Company revolutionized printing so much that there was scarcely a magazine or periodical of any standing issued in the United States that was not printed on a Cottrell press in the late 19th and early 20th century.

Now, many years later, the great, great grandson of C.B. Cottrell, Charles Cottrell Buffum, Jr., a native of Westerly, is pleased to offer Cottrell Brewing Company’s flagship product, Old Yankee Ale. Old Yankee is brewed and bottled within the old factory walls and with the same pride and attention to quality that generations of Cottrells put into their presses for over 100 years. Occupying 9000 square feet of the former 350,000 square foot factory, the brewery’s present annual production capacity is about 2000 barrels, primarily made for the southern New England marketplace. 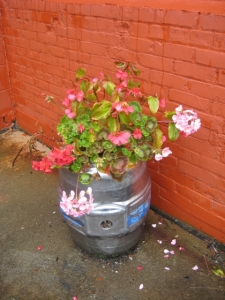 It was actually Charles Cottrell Buffum, Jr who showed me around the place. (No, he didn’t introduce himself as such and he was perhaps the most unassuming person I’ve met in my life.) The first stop was the area where all the boxes were kept. Here, I learned a lot of things: Cottrell Old Yankee Ale is the only beer they make with the Cottrell imprint. Turns out, this decent sized brewery churns out many other beers you may have heard of: Various Newport Storm beers, the Rainmaker Amber Ale exclusively for Foxwoods Casino, the Bock for Narragansett Brewing, and the now discontinued Old Chester’s Ale.

None of this is true anymore. Cottrell does do some contract brewing in 2020, but they make many more styles of their own. They no longer brew for Newport or Foxwoods or Narragansett. But Buffum also hired a young brewer back in the day who went on to open Beer’d Brewing across town in 2012. 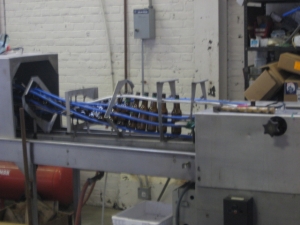 I was shown the brewing process with the malt and the hops and the augurs and tanks and told about the maltose and alcohol and boiling and mash and wort and cooling and carbon dioxide… all that good stuff. Fortunately for me, a fresh batch of the IPA they make there (I forget the imprint) right out of the massive tank. It was delicious; hoppy, but not brutishly so. 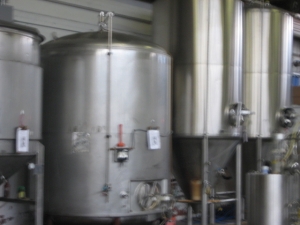 After that, we chatted about some things that only he and I found interesting. Things like… Connecticut’s 5 cent return law and how the brewers get nothing from it but the distributors get the about 6.5 cents up front and only 50% of them are returned to the stores so there’s millions of dollars “out there” every year. Things like our state’s blue laws and how it is so near Rhode Island which has later hours and Sunday/holiday sales. Things like how “Farm wineries” are able to sell their wines on Sundays if they grow 51% of the grapes they use on their farm but how BF Clyde’s Cider Mill can sell his hard cider on Sundays but doesn’t grow an apple, yet Cottrell can’t sell me a six-pack at any time, any day of the week. 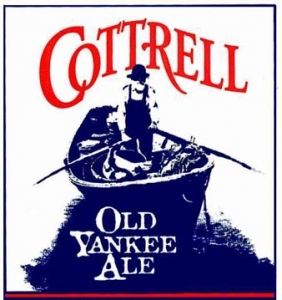 So my man hooked me up and gave me a beer (after we tasted an Old Yankee Ale from a bottle.) After the hoppiness of the IPA, the Amber Ale was a bit tasteless initially, but the bottle I had later at home was very good.

This place isn’t set up for real tours like some other breweries. It doesn’t have a nice little bar area or tons of merchandise for sale. But it’s still inviting, Charles is very friendly and cool, and you know me – always support the local guy. 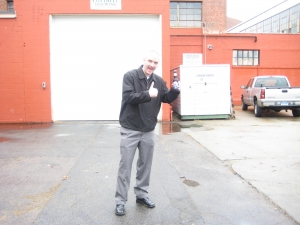 And he didn’t even know it was my birthday.