I rarely revisit museums. With so many hundreds of them around the state, it just isn’t feasible. I often get emails informing me of a new exhibit at some long-ago visited museum, but what can I do?

However, I will be revisiting the Naugatuck Historical Society Museum at some point. It’s just the right and just thing to do. You see, when I visited them in early 2016, they were located in a downtown storefront on Church Street. 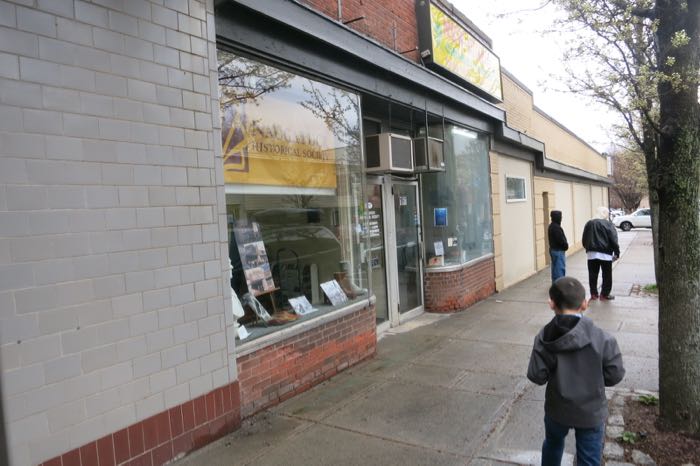 Yeah. Not exactly stately. Or roomy. Or remotely an accurate representation of all the Naugatuck Historical Society has to show itself off. The historical society museum moved from the former train station on Water Street to the storefront on Church Street last year due to the borough selling the train station building.

While I never saw the train station version of things, I can safely assume it was nicer than the Church Street version. 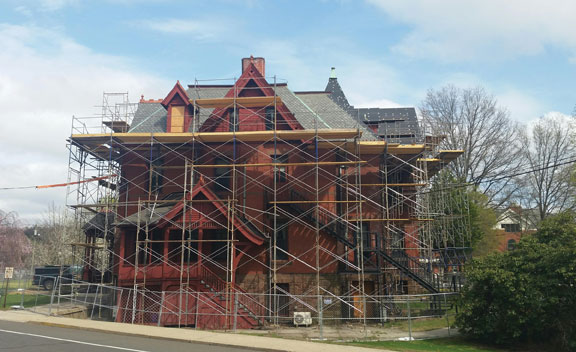 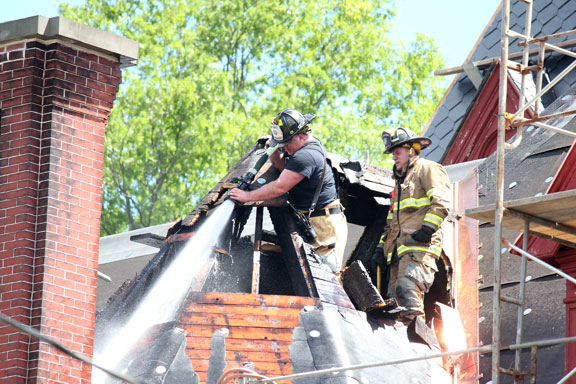 But! But they repaired the fire damage and continued the work. There was to be an open house in the summer of 2018, but! But that didn’t happen. But! But at least it looks good now on the outside: 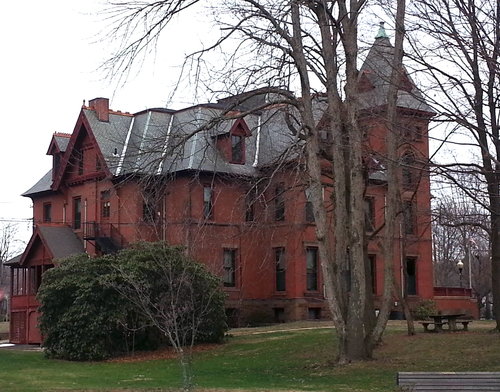 So yes, I’ll “have to” revisit at some point I think. Naugatuck has a fairly rich history and there was just no way to convey it fully in a former shoe repair shop (or whatever) that it was in during my visit with Damian.

The folks voluteering there that day made up for the lack of space by regaling us with Naugatuckian tales of days gone by. The Peter Paul factory was certainly a focal point:

A staple of Naugatuck industry for nearly a century, the Peter Paul Manufacturing Company began as a small candy shop operated by Armenian immigrant Peter Halajian (who later changed his last name to Paul). Initially running the small operation as a side business while he worked in Naugatuck’s rubber factories, Paul founded the company that introduced the wildly popular Mounds bar in 1921 and Almond Joy bar in 1946, helping make it one of the most successful candy manufacturers of the 20th century. 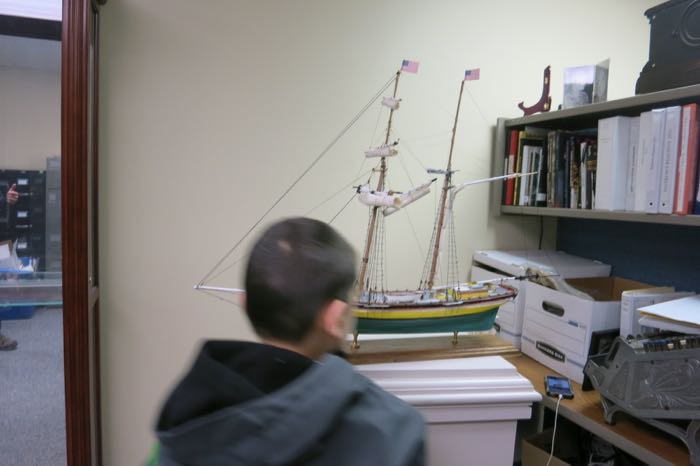 I like how it took him a quarter century to think up another candy bar. A gentleman at the museum told me a bit about Peter Paul’s history, especially during the World Wars. It was rather fascinating. From :

World War II brought tremendous challenges of a different sort. Early in 1942, Peter Paul lost its entire supply of coconut when the Japanese overran the Philippines. The company had to find new sources in the Caribbean, a task complicated by the German submarines scouring the Atlantic Ocean. Under the assumption that the Germans wouldn’t waste torpedoes on small boats, they bought seven wooden auxiliary schooners to bring coconuts from several small Caribbean islands to processing plants in Puerto Rico and Florida. Soon these vessels, called the “flea fleet,” were supplying the company with its desperately needed raw material. The schooners occasionally reported enemy submarine sightings to the naval authorities but never were targeted by the subs themselves. Peter Paul gave the coconut shells to chemical plants, where they were used to produce activated carbon for gas masks and high explosives.

Read the full article from CTHistory here. The docent was over the moon that the local candy company played a role as a spy for the war effort. 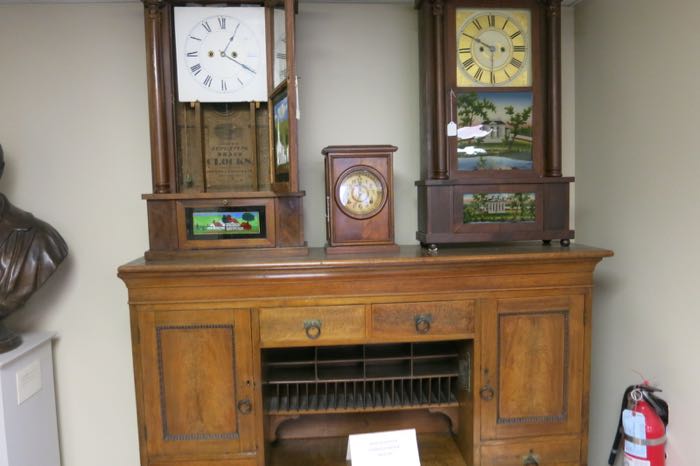 Beyond Peter Paul, any history of Naugatuck needs to also focus on rubber. Not just any rubber, but vulcanized rubber. Yes, Naugatuck – like so many other post-industrial towns in the state these days – used to be THE national (or international, in this case) center of an industry.

Long – but good – story short, Charles Goodyear felt that there had to be a way to make rubber stable back in the day. It would melt in the summer and harden and crack in the winter. So he spent years experimenting, trying to sort out a way stabilize the material. 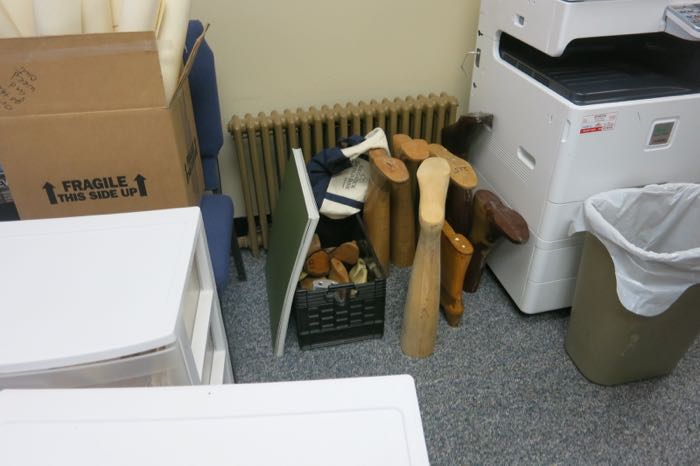 When he finally did – some say accidentally – he named the process Vulcanization after the Roman God of Fire and patented the process. Naugatuck became a major hub of rubber manufacturing under the Naugatuck India-Rubber Company which owned divisions like UniRoyal that still exists today. The Goodyear Tire and Rubber Co., founded in Akron, Ohio, in 1898, was named in his honor and the Goodyear Blimp bears his name.

But even better, there’s a product that was produced here that bears the town’s name: Naugahyde! I’m often surprised to find that native Nutmeggers don’t often know of this connection. It’s probably one of the state’s most famous inventions. 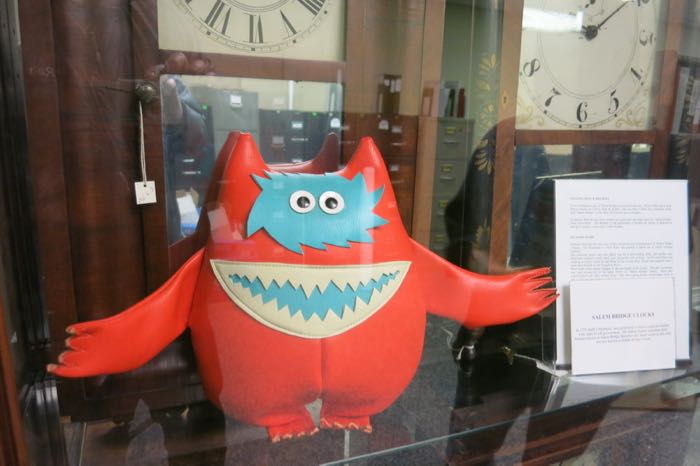 A marketing campaign of the 1960s and 1970s asserted humorously that Naugahyde was obtained from the skin of an animal called a “Nauga”. The campaign emphasized that, unlike other animals, which must typically be slaughtered to obtain their hides, Naugas can shed their skin without harm to themselves. The Nauga doll, a squat, horned monster with a wide toothy grin, became popular in the 1960s and is still sold today.

Interestingly (to me, and likely no one else on earth), CTHistory.org, from where I often find little tidbits of great historic information, features Nauga in their header:

Rubber Avenue is still a main thoroughfare in Naugatuck… and I’d assume most knew why. As you can see, I didn’t take too many pictures during my visit. The guides were all over me and, well, there wasn’t too much on display due to the temporariness of the space. We were given a shoe form for some reason, and perhaps when I revisit the new space in the Tuttle Building, I’ll be reminded why. 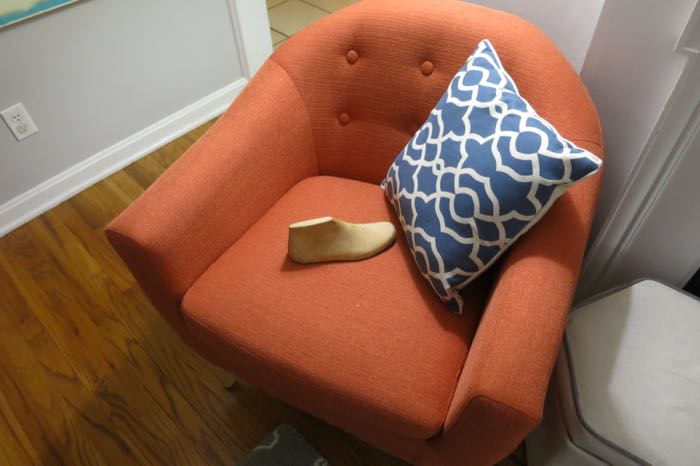