Man, it’s been quite a while since I’ve done a new CT Cheese Trail post. (If curious, the CT Cheese Trail is not a real thing. I made it up, but I maintain a pretty good list of CT cheese makers – and eat them all. And then pretend to write something coherent about them, as if I have the slightest clue about cheese and/or cheesemaking. Enjoy!) 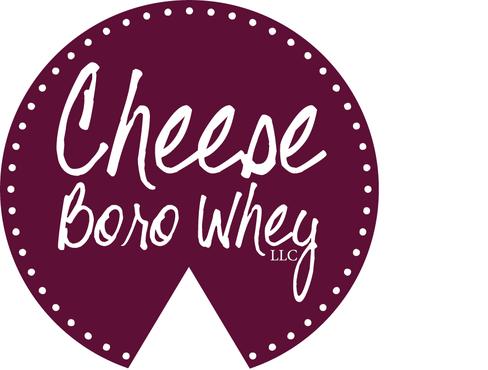 First, let’s start with the obvious. “Cheese Boro Whey” is clever and fun. I like these guys already.

Cheese Boro Whey is located in the Velvet Mill in Stonington. Do you know what else is located in that same burgeoning small business complex? The Beer’d Brewing Company. And, in case you were unaware, Beer’d is fantastic. They pump out some of the best and most sought after beers in the region. I’ve been a dozen times or so – here’s my page on visiting Beer’d.

So there we were, my whole family, enjoying a fresh pint from Beer’d and in walks some guy with a giant cheese platter. He plops it down on the center table and just sort of left. The dozen or so Beer’d patrons all just stared at it. 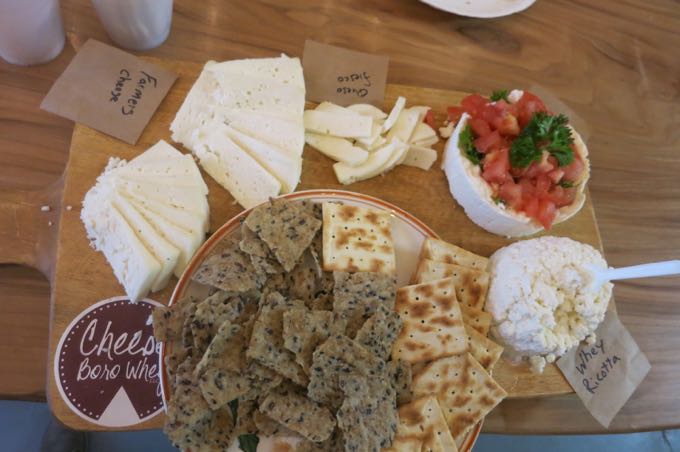 Was this some sort of special thing for someone in particular? Who and where were they? Where did this come from and why didn’t that delivery guy say anything about his cheese plate?

Minutes ticked by and we all just continued to stare stupidly at the untouched cheese platter.

Then some guy – ok, it was me – some guy just said “screw it” and started eating the cheese. The cheese was good. Not just because it was free either. It was all quite delicious.

The mysterious Cheese Fairy had smartly left some business cards and such on the platter. “Cheese Boro Whey,” it said, and they were located down the hall. “Ok, cool,” I thought. “I can therefore assume the Cheese Fairy Guy wasn’t some psycho serving us ricin cheese then.”

We enjoyed several “quick” cheeses, as I’ll call them: Farmer’s Cheese, Queso Fresco, Whey Ricotta. Not really my kids’ favorites, but Hoang and I weren’t shy – despite the platter’s mysterious appearance. 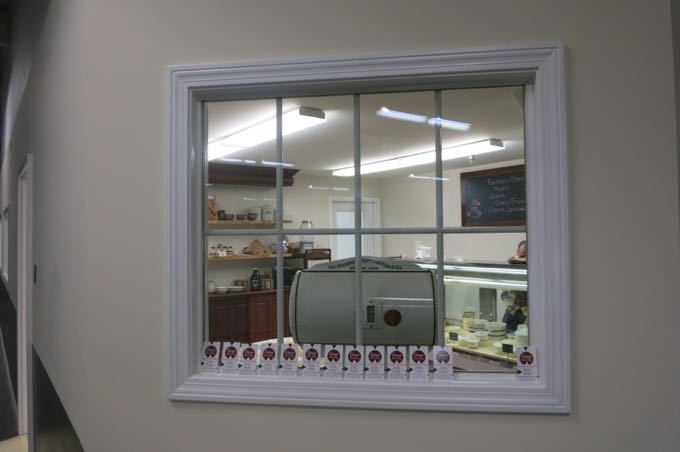 We finished our delicious Beer’d beers and made our way through the cavernous former velvet mill to find Cheese Boro Whey’s storefront. It’s tiny and has this weird quality about it that – even though we were standing in the middle of a massive old mill – felt like we were on a backstreet in small town France somehow. I know that makes no sense, but neither does dropping free plates of cheeses and running away.

Turns out, the Cheese Fairy “ran away” because he had a storefront to mind. Hooking up Beer’d patrons is solid advertising (obviously), but it’s not like he could just hang out and have a beer with non-Beer’d patrons walking around the mill.

I poked around the small shop for a few minutes while The Cheese Fairy explained his processes to a woman. At the time, Cheese Boro Whey was just getting going, but even so, his selection was pretty impressive. Most of what he had on offer were those types of “quick” softer cheeses. (Which are often just as delicious as anything else, mind you.) 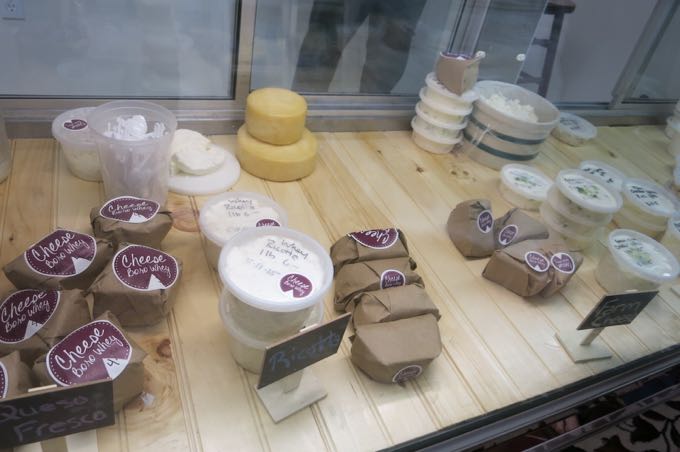 I noticed a whole selection of cheeses called “quarks.” I had never heard of quark cheese (and haven’t since), so of course I bought some. Quark could really be the simplest cheese for you or I to make, by the way. Quark is a very common cheese in Europe and especially in Germany. There, they eat quark all the time and in all different variations.

It is a mild creamy cheese without the sour taste of yogurt. It is a soft un-aged cheese but is not the same thing as cream cheese or cottage cheese. For one thing, it usually has much lower fat content than cream cheese.

However, I was told at the point of sale that it was sort of like cream cheese and that slathering it on my bagel would be delicious.

Wiki’s page on quark is informative and doesn’t suggest putting it on bagels. Regardless, I tried my Honey-Strawberry Quark on a bagel the next morning:

And I can’t really pretend it worked out at all. While the quark was fine as a cheese product on its own, do not slather it on your bagel. I don’t know why, exactly, but it was just gross to me when eaten this way. 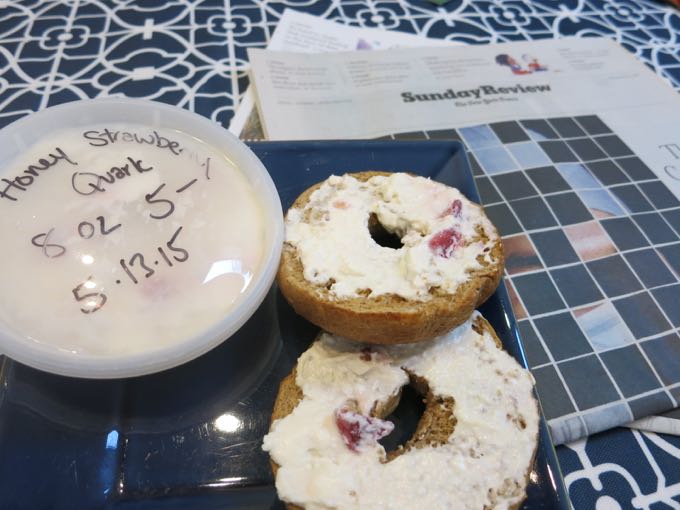 I only tell you this as a public service announcement – NOT as an indictment of the Cheese Boro Whey Cheese Fairy or his cheeses. As I said, they were all delicious at Beer’d that day, and the quark was very good on its own. Perhaps after eating straight up cream cheese on bagels for 30 years has jaded my palate so much that I can’t appreciate anything new in that context.

Bottom line: Whenever I stop in at Beer’d, I’ll be popping in to Cheese Boro Whey as well. Good people, good, fresh, local cheese.