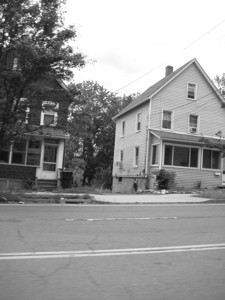 It is downright silly of me to attempt to chronicle this defunct museum. It shuttered its windows with the passing of its lone curator, Ben Bastura. And from all I can gather from the Internet, Mr. Bastura was quite a figure. I will simply copy and paste a few snippets from the items I’ve found online and leave it at that.

NOTE: the next 3 pictures are also from this site.

My personal experiece with the museum was nothing more than a drive by snapshot. The former museum was located in a house on a busy street in Middletown, which is now lived in by a family. His complete collection was bequeathed to the St. Marys Submarine Museum in St. Marys Georgia, so that’s cool. Maybe someday to prove how hardcore I am, I’ll make the trek. 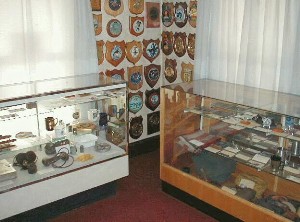 He then purchased an expandable cardboard file folder and whenever articles pertaining to submarines appeared in the local newspapers, he would cut them out and put them in his submarine file. Ben also purchased books as well as plastic models, that were available in local stores. These were assembled and proudly displayed throughout his house. It was then that his interest in submarines really took hold

“This was probably the largest privately owned Submarine Museum in the United States. 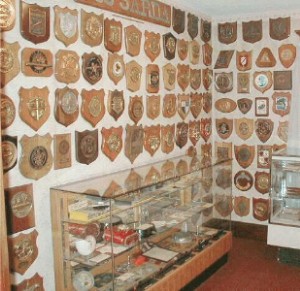 Mr. Bastura wrote “tons” of letters to commanding officers of every submarine to get their patches and plaques. Persistence was the key word for Ben Bastura. He did not quit and his venture finally paid off because today, the Submarine Museum has on display numerous original ship’s plaques and approximately 300 ship’s patches.

He lives in an old fashioned duplex which is approximately 70 years old. Bernard occupies 3 rooms as living quarters, the other 9 rooms, upstairs and downstairs are used for the museum.”

“He spent many long tedious hours in Groton just sitting in the car, waiting for the submarines that were either coming back or were leaving the submarine base. All of these submarines were recorded on 8MM color movie film. 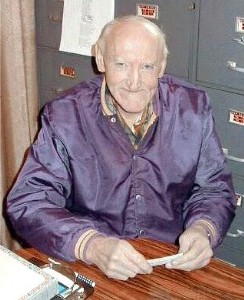 At that time the fleet boats were being used as reserve training submarines. He either took movies of all these reserve submarines himself or he sent rolls of movie film to the officers in charge. They would then have someone take the movies of the boat and send the film back to Ben. By using this system, he has recorded movies of all these old submarines from throughout the country. Now those submarines are gone and can never be brought back again except through Ben’s collection of movies.”

I’m bummed I never got to see this museum… but there is at least a very impressive online about the museum. By far the most of any defunct museum I’ve “visited” so far.