After my personal discovery of it in 2009, I have stopped in probably 15 times at least. Usually it’s just to grab a bunch of these perfect doughnuts, but we also have enjoyed several meals there as well. 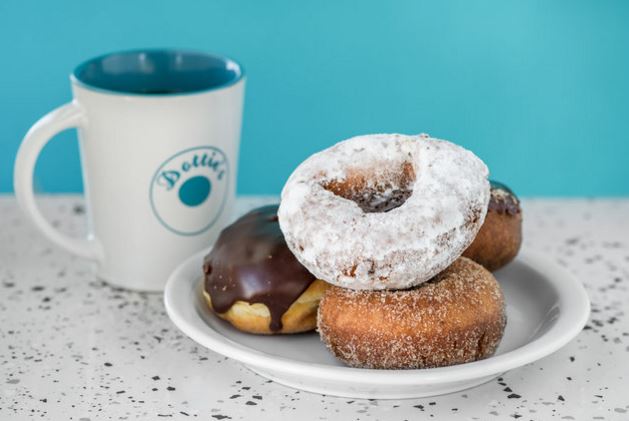 Stolen from Thrillist because I don’t care what Thrillist thinks.

Now, seven years after my initial visit, I still love Dottie’s and their perfect doughnuts. To me, “going to DD for some Doughnuts” means a long drive to Woodbury, not around the corner to a ubiquitous Dunkin Donuts.

Wow. I’ve lived almost 37 years and have had a fair amount of doughnuts in that time. I like doughnuts (or donuts) plenty, but usually opt for the unfrosted, less sweet varieties – much to Hoang’s consternation. Yes, I DO still get the old-fashioneds. And I like ’em. 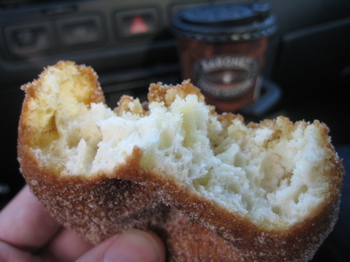 I thought I’d had good doughnuts – and I have; notably closer to home at Tastease. But those beautiful, frosted mini-doughnuts are a different species than Dottie’s.

Dottie’s produces something arguably more difficult than Tastease: Absolutely perfect simple doughnuts. Roadfood’s book from which I’ve taken this list specifically mentions the cinnamon doughnuts – so that’s what we got. 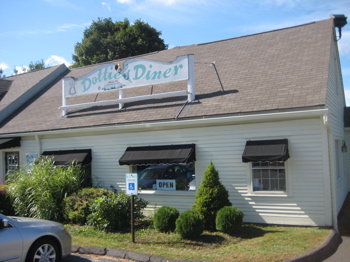 And we are all better people for it.

We were sad to hear in 2006 that the Phillips family was getting out of the restaurant business. Their little place along Antiques Row in Woodbury had been a destination diner for decades, its donuts and chicken pies without peer. We miss Bud and his daughters and in-laws and the late Mrs. Phillips and the kibitzing they encouraged around the counter, especially early in the morning…

…The donuts, which we have long maintained are among the nation’s best – if not THE best – they are, if possible, better than ever. Cinnamon donuts are creamy inside with a wickedly crunchy exterior; chocolate donuts come loaded with vast amounts of the glossy dark glaze that so perfectly complements the cake within.

Fashioned from baking powder batter and cooked until the outside is dark brown, encasing creamy cake with enough body to pleasure teeth as well as taste buds, they are heavily coated with cinnamon sugar while still hot, so the first thing your teeth meet is the sandy-sweet veil that clings to their crisp skin. 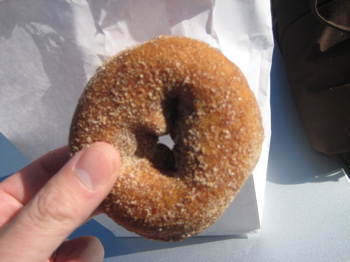 It’s sort of tough to follow a professional food writer’s take. I could just say, “Everything Michael Stern said directly above,” but that would be lame. 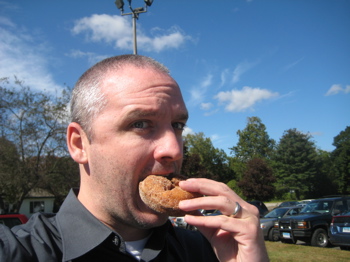 Dottie’s is somewhat difficult to find; hidden away in a plaza with a slightly washed out color scheme on their sign. (It’s in the plaza across from Carmen Anthony’s.) Regardless, if you have to deign to ask someone for the exact location, suck it up – it’s worth it. This isn’t really true any longer.

I must also note that Dottie’s makes Stern’s list for two more items: Their chicken pot pie and the doughnut bread pudding. We didn’t try either of those on this visit, so we can look forward to a return trip. 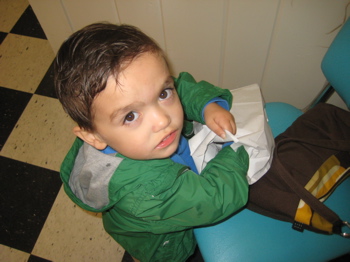 The diner has actually changed ownership in the last few years, but the new owner (Dottie) has striven to keep the old beloved place’s menu highlights intact. From most reports, she has. Foremost on that list? You’ve got it: Doughnuts and chicken pot pie.

I bought three cinnamon doughnuts and Damian immediately tore into the bag and took a bite. Hoang and I held off until the parking lot. Once I bit into mine I hit myself for only buying three. What was I thinking? 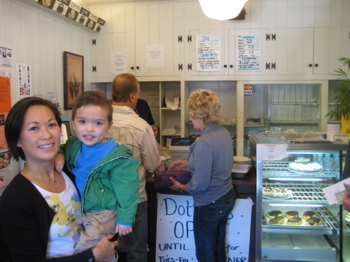 These things are awesome. The fried crunch of the cinnamon and doughnut skin on the outside is a singular pleasure I’m not sure I’ve ever had before. (20 miles north in Bantam I thought I had the best variation of baked cinnamon treats with the Bantam Bread Company’s Dirt Bombs. While those were incredibly good (and 20 cents more), I think I’m giving the crown to Dottie’s Doughnuts. For now. Perhaps another taste test is in order. Or ten.

Woodbury is a quaint little antiquing town but has a bunch of top notch restaurants too. 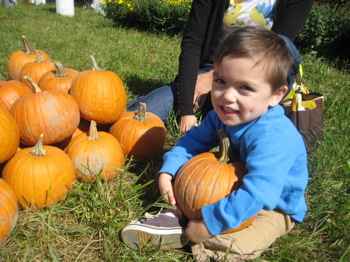