Ever heard of East Hartford’s eponymous nature park? No? Me neither.

How about those of you from East Hartford? Maybe? No? That’s okay, I understand. It’s also why CTMQ is here for you. 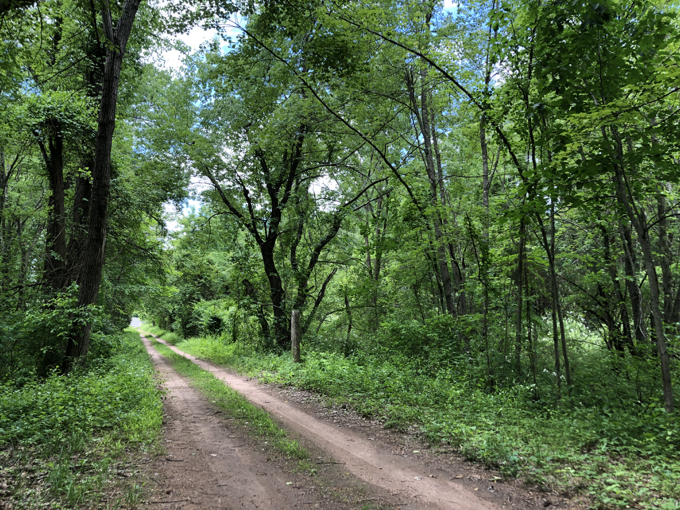 East Hartford Nature Park is a real place with a real sign and real trail blazes and everything. It even appears on Google Maps. But… I’m not about to recommend you pack the kids and explore this place. It’s pretty clear to me that the park was once a pleasant little place, but nature has fought back and the town hasn’t kept up with it. (That’s code for, “this place is a bit crap.”)

I first became aware of the park’s existence while reaching the western end of the MLCT’s MJ Williams Park trail. A mysterious set of blazes shot off of that trail but didn’t look promising. I forgot about it, finished that trail, drove around to Long Hill Road and… passed this sign: 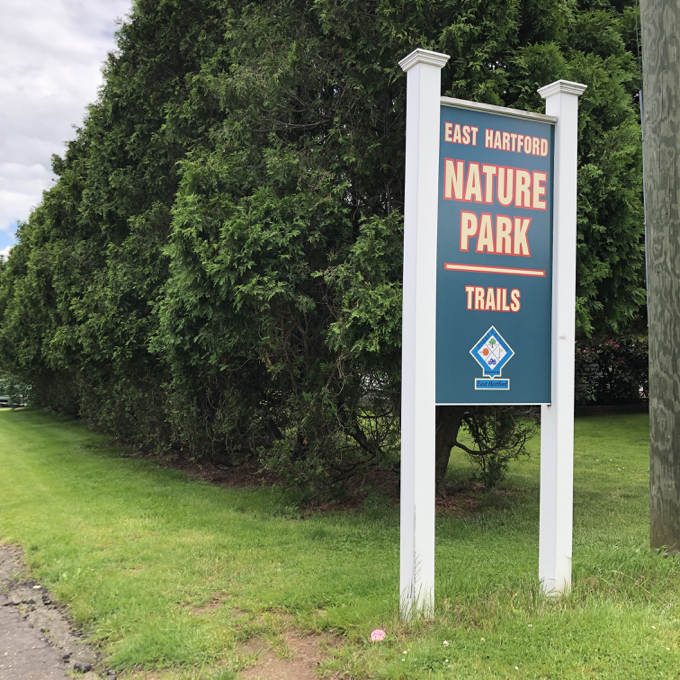 I slammed my brakes, did a rubber-laying 180 and drove down the access road. A road that quickly turned to deeply rutted dirt. It was all a bit strange; in the heart of East Hartford’s suburbia. I reached the end of the road and a large turnaround area with a garbage bin and a recycling bin. Huh? 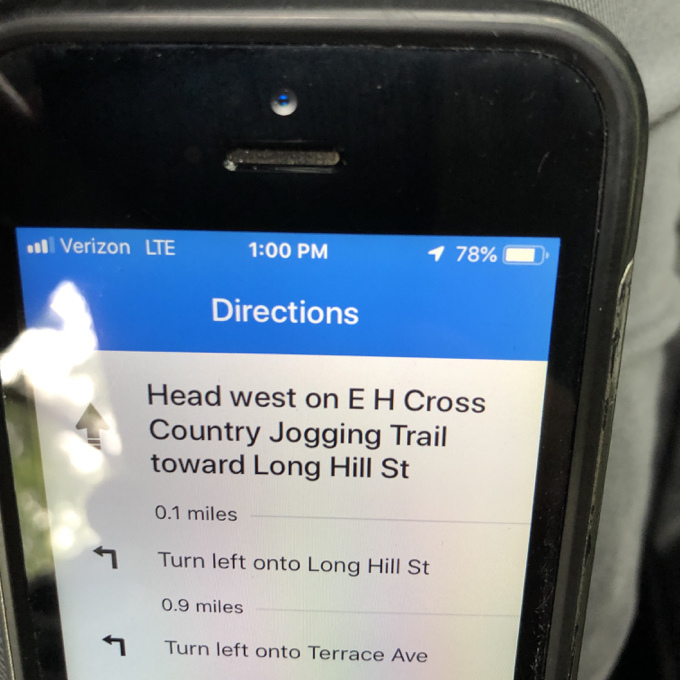 And perish any thought of this being a “park” in the sense you usually think of parks. It’s just a plot of swampy woods, nothing more. Another odd thing here is that the rutted road into this place shows as the East Hartford high school cross-country trail. It’s well over three miles away from the school and I can’t imagine those kids bussing out to here to run. There has to be better, closer options, right?

Okay, let’s check this place out.

I wonder where the Blue Trail starts… 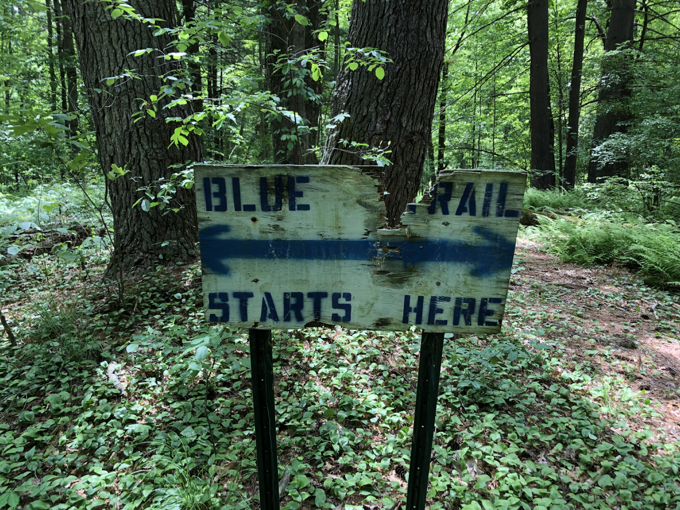 Oh, thanks. Yeah, the signs here have seen better days obviously. But the trail blazes seem relatively new. And believe it or not, there are a few of trails here… blue, orange, and white. Parts of each are fine. Much of each are not. 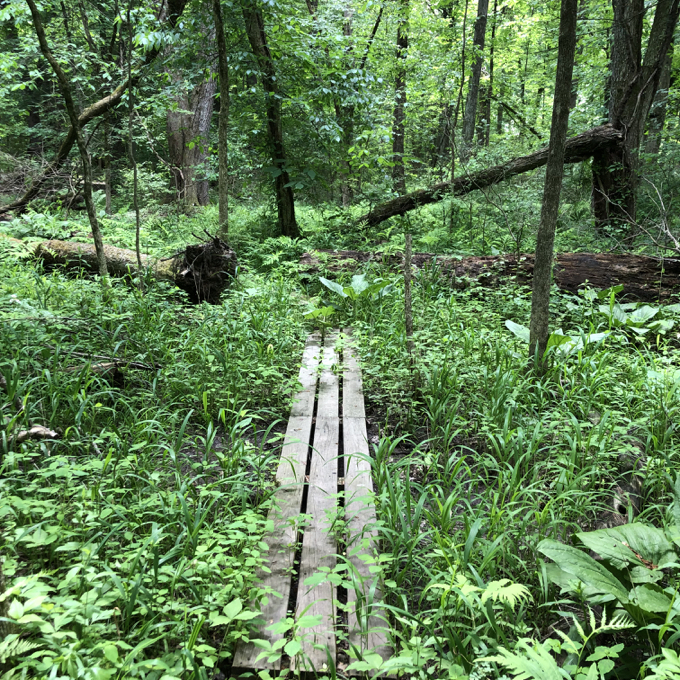 I followed the blue trail into the depths of East Hartford. It’s really cool that the town cleared these trails and tried to keep this place relevant for a while. There are a couple bridges that have survived, but many more that did not. 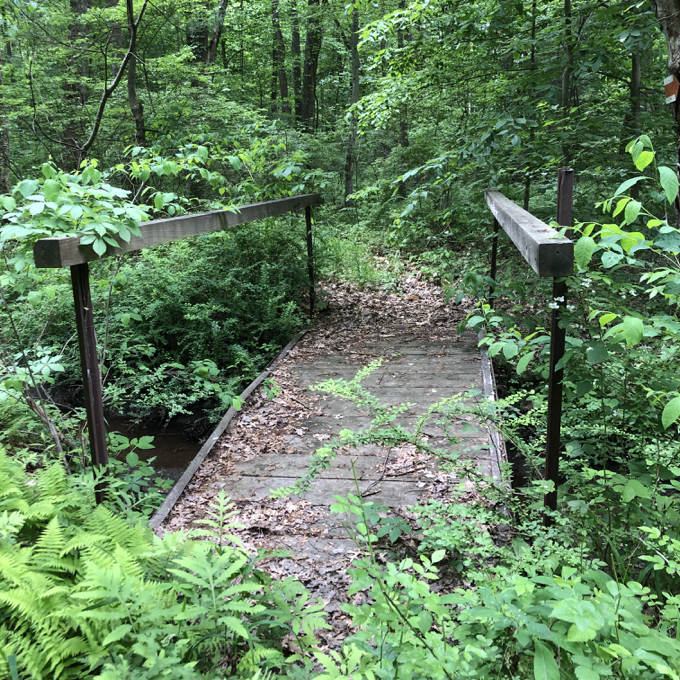 At several points, the trail just went straight through swamps. So imagine you’re me, red-lining (hiking every trail in) East Hartford and you find this place. You’re alone in some fairly thick and buggy East Hartford woods tromping and splashing through a murky swamp. 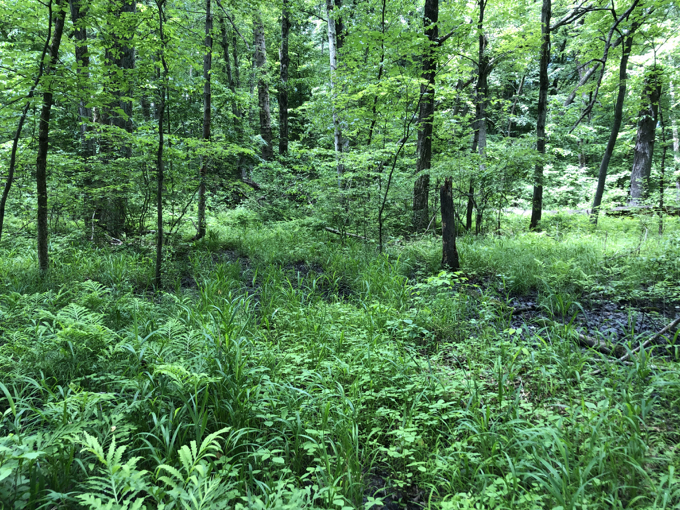 Surely you question your sanity at this point. Is this necessary? You text your wife questioning your existence. She texts back, “I don’t care.” You continue along the blue trail.

The Orange Trail crosses the blue at some point, and the Orange appears here and there. I stuck to the blue and picked me way through more wet areas and overgrown trail. In short order, I found myself at the western end of the MJ Williams Park trail! Woo-hoo!(?) 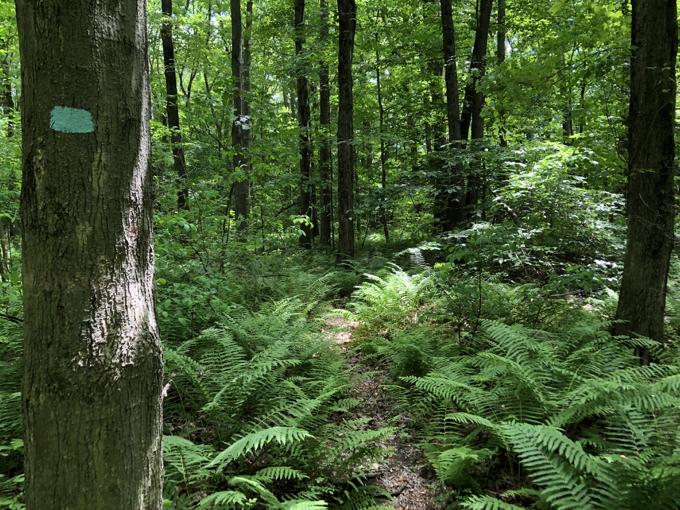 I had solved a mystery literally no one in the world needed solved. Not even me to be honest. I turned tail, found the orange trail and began hiking it, generally northeast. The orange here is cleared pretty well and took me through a nice little hemlock grove. Okay, not bad, I thought. 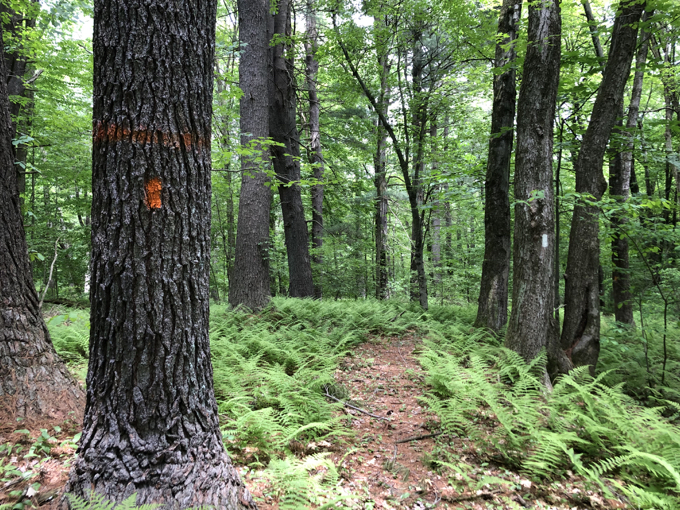 Lots of unmarked trails went off here and there, but they’re most likely “locals only” tracts to neighborhoods. After a while, I checked out a lot of the white trail and it was more of the same. 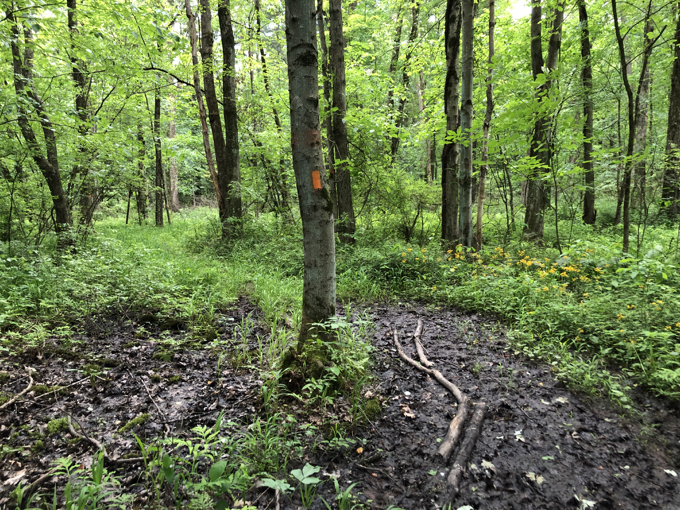 Hopeful blazes, disappearing trails to nowhere and nothing interesting. Of course, the mere existence of the East Hartford Nature Park is interesting in and of itself. I do believe it was created for the town’s high school cross-country team. I also believe they’ve found better places to train since that happened. 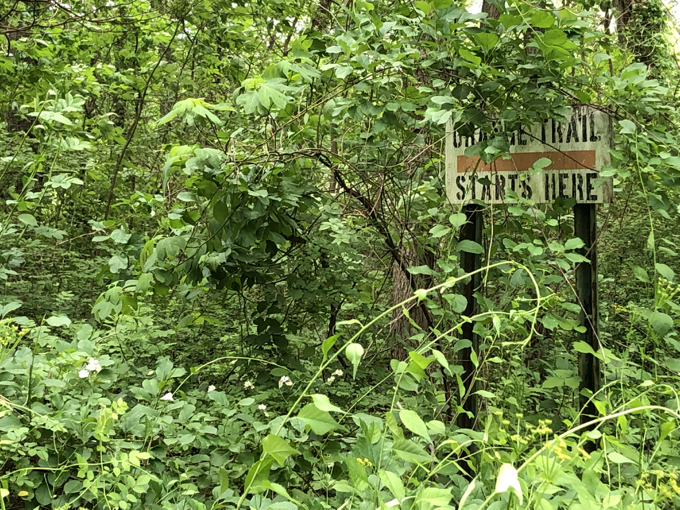 I also believe that tens of people see the same inviting green sign I saw out of the main road and drive down the dead-end to the park. And I darn well know 100% of them say, “what the heck is this nonsense?” and drive right back out.

Which, now that I’m done with this place, sounds like the proper thing to do. 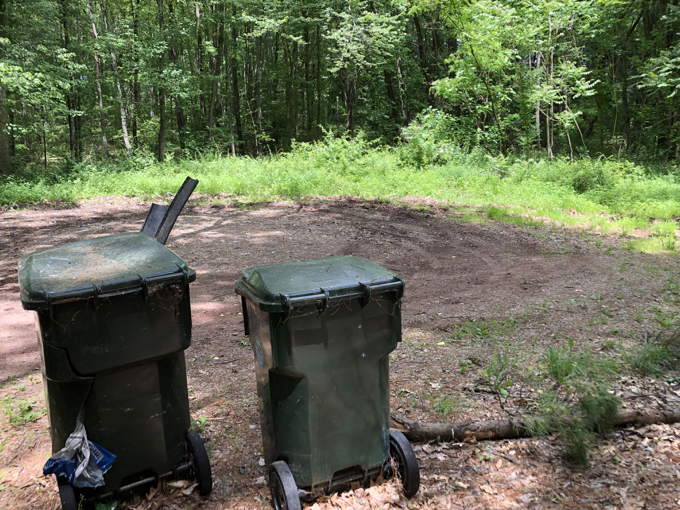