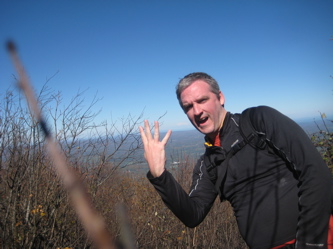 It had been far, far too long since I last hiked in the Catskills. I really should commit to getting out here at least twice per year. Hoang is cool about it and appreciates my need to complete the Catskill 35er list. Thy will be done.

But for now, let’s focus on the one mountain I climbed on this most beautiful fall day. “Only one mountain?” you ask. Yeah, just one… But I still did over ten miles in about four and a half hours in the Cats, so that’s not too bad.

I decided to come over via the northern route (91N to 90W to 87S) as I didn’t want to hit any leaf peeper traffic on the more direct 44/199 route. And besides, I was spending a couple days in the northernmost Catskills, so it was the right decision regardless of peepers. And as pretty as the back roads route is, the all-Interstate trek really isn’t too bad in October. 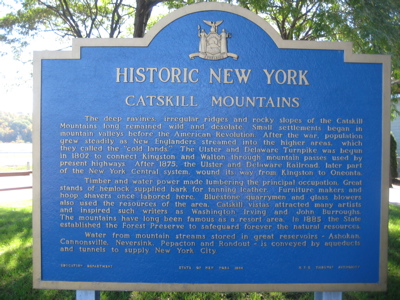 And it must be noted anytime my travels take me near Coxsackie, NY.

On my way to the trailhead, I flew up Route 23 towards East Windham and passed the beautiful Point Lookout Inn. I thought 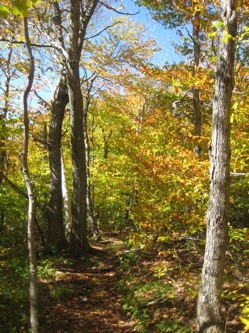 about stopping to take in the incredible view across the valley (You can check out the place here) but decided against it, as I had my schedule to stick to – and besides, I’d get nice views on my hike anyway, right?

I wound my way into the Catskills on increasingly smaller roads, finally coming to the end of Big Hollow Road east of Maplecrest – a quaint little town with an unfortunate number of empty buildings. The trailhead at the end of Big Hollow is excellent (though technically closed Nov-May) and I quickly got geared up and hit the Black Dome Range Trail north off the road.

This 1.1 mile uphill stretch is actually pretty gradual and I quickly reached the junction with the Escarpment Trail. I swung left (west) and began climbing Burnt Knob in earnest. It was a bit of a shock to the system to go up so steeply after being away from such climbs for so long, but I’m not complaining – especially when I reached my first views of the trip. 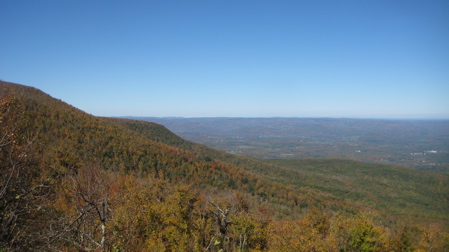 My mother-in-law asked my wife why would I want to go climb mountains when she heard about this trip. Um, even though my pictures are crap and don’t capture 30% of the awesomeness of being up there, I think you have my answer now.

There were several viewpoints around Burnt Knob on the way to Windham High Peak – both taking in the north and south views. The Adirondacks were easy to see with Albany not too far away and hey – what’s that little white speck down below? Why, it’s the Point Lookout Inn I spoke of earlier! I couldn’t help but think of all those people who stop there for the view who don’t take the chance to get to this view of their view. Ha. 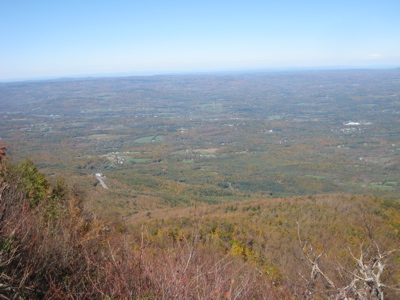 That little white building on the left there is the hotel

After a fairly flat bit of trail across the spine between the knob and the 35er, it pitched upward and I quickly passed the 3500 foot sign. And at only 24’ higher than that sign, I knew I was almost done climbing.

The summit is somewhat poorly defined, as the trail levels off and continues on at that level for at least 100 yards. There is a benchmark in a rock in the middle of the trail, next to a tree with a random unlabeled white marker on it, so I convinced myself that was the true summit and turned tail back from whence I came. 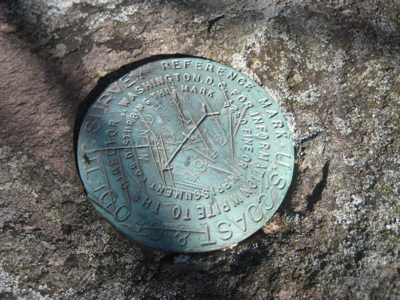 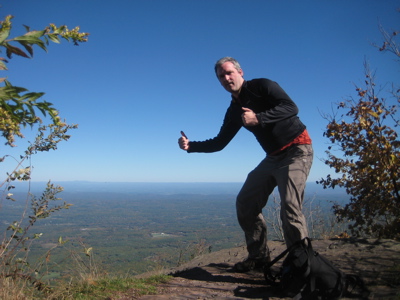 The overlook just east of the true summit 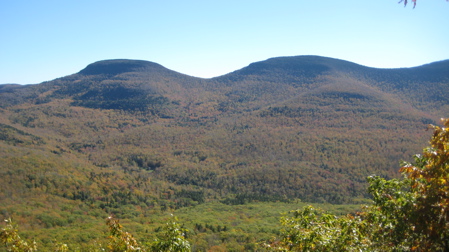 Blackhead and Black Dome across the valley

I stopped at a south-facing overlook to see the Blackhead range. It looked pretty far away, but I had time. Back up and over Burnt Knob and then up and over Acra Point with another beautiful view. Except this time I could see that the climb up Blackhead from this side would be straight up. After a decent stretch of flat and sometimes downhill hiking, I reached the junction with the Batavia Kill Trail and checked my phone. 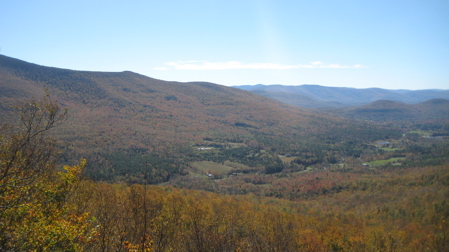 At some point at some higher elevation, the phone received a text from Hoang with some important news. I futzed around for a few minutes and decided to hike down to my car in order to get to a place where I could call Hoang to discuss the news. I had planned to head up and over at least Blackhead, but in the end, I made the right decision.

(Please note, I never use a cell phone while hiking, but this was an extenuating circumstance.) 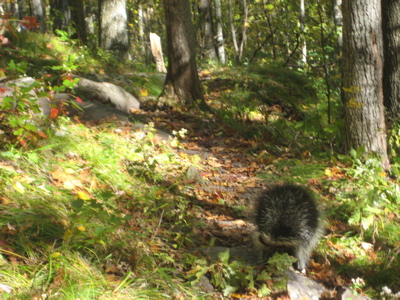 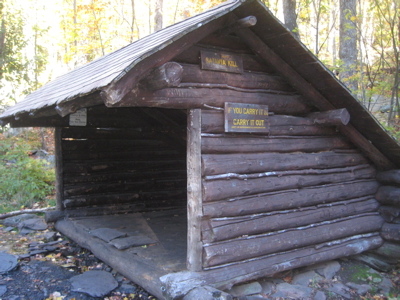 In fact, I ended up eating in Windham at Cave Mountain Brewery and was able to watch the Phillies come back and beat the Reds in the playoffs. Once the game was over, I hopped back in the car and headed back down the dark roads to the end of Big Hollow Road again where I spent the night off the trail and road in the woods.