The following page is entirely unfair. I’m sure this is a lovely little trail in late May through July. Before the ferns unfurl? Not so much. 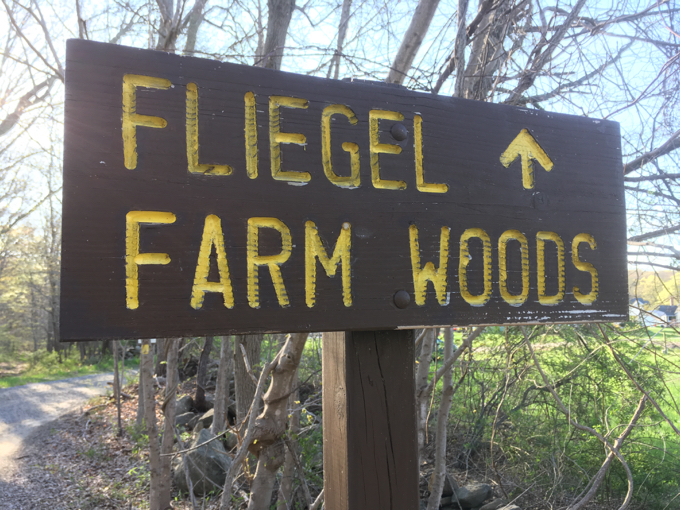 Part of the allure of these little trailed properties all over Ashford is just finding them. This one requires a drive down the rural little lane Zaicek Road before a bumpy stint down the dirt East Howey Road. Ashford has a ton of dirt roads. I got quite used to them over the course of “completing” Ashford – and grew to sort of love them. 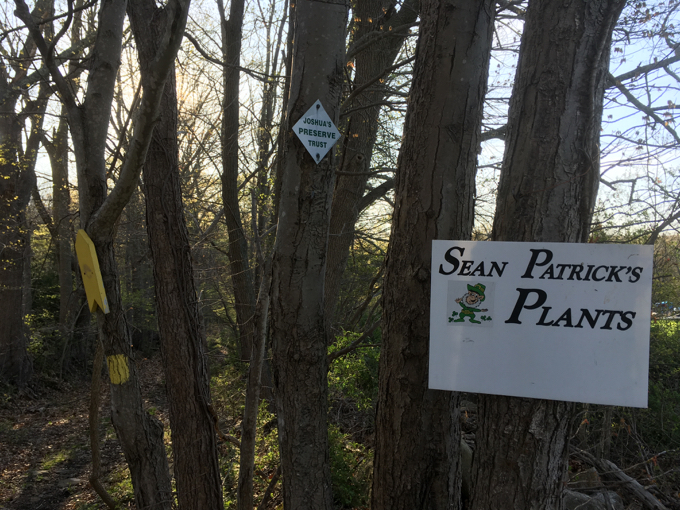 East Howey is more of a driveway than a road though. It leads to something called Sean Patrick’s Plants. A nursery or something. Mr. Patrick and his Plants are kind enough to allow hikers to park at their entrance, so please, go buy some Sean Patrick Plants. 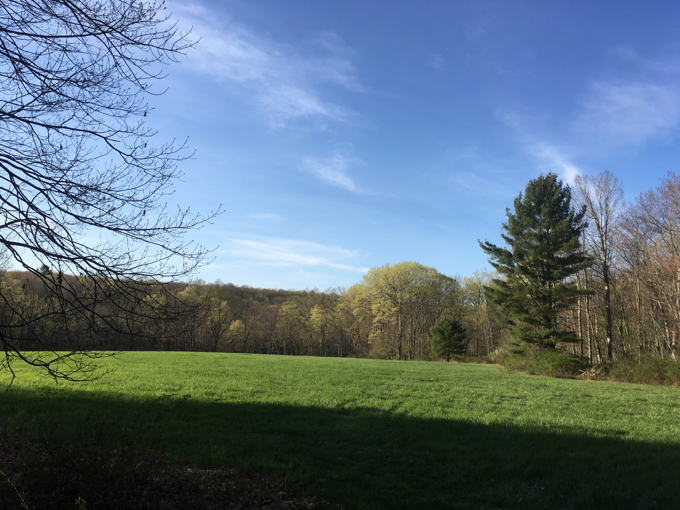 To access to Trust property, I walked down the woods road next to a field of Irish emerald green. At the bottom of the short hill, a sign directed me into the woods towards the Fern Glade Trail. 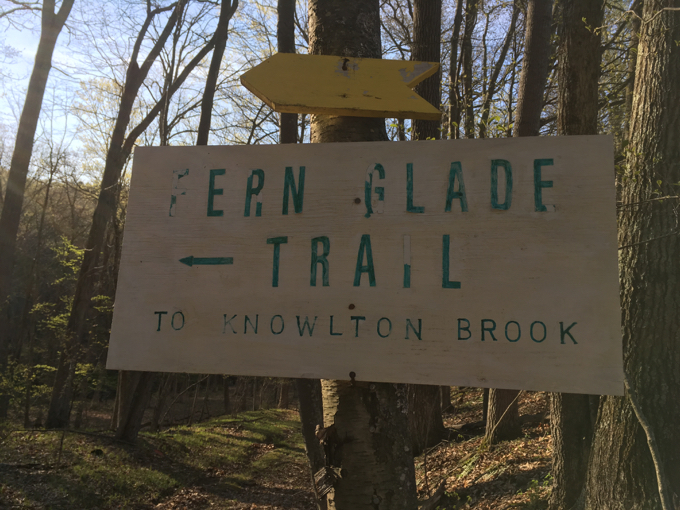 This is a short lollipop trail that parallels Knowlton Brook. Nothing much exciting happens (in April… or March, or February, or January, or December, or November, or October…) until you reach the Maidenhair Fern Garden! 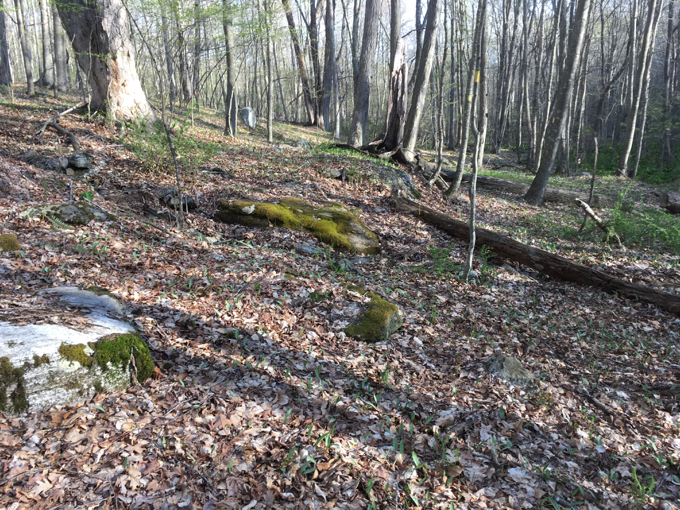 Close your eyes and just imagine a forest floor positively covered in beautiful maidenhair ferns! As far as the eye can see! Come with now down the woodland path to the banks of the pristine Knowlton Brook! A light wind creates a peaceful shussssshhh as it tickles the innumerable fern fronds at your feet. 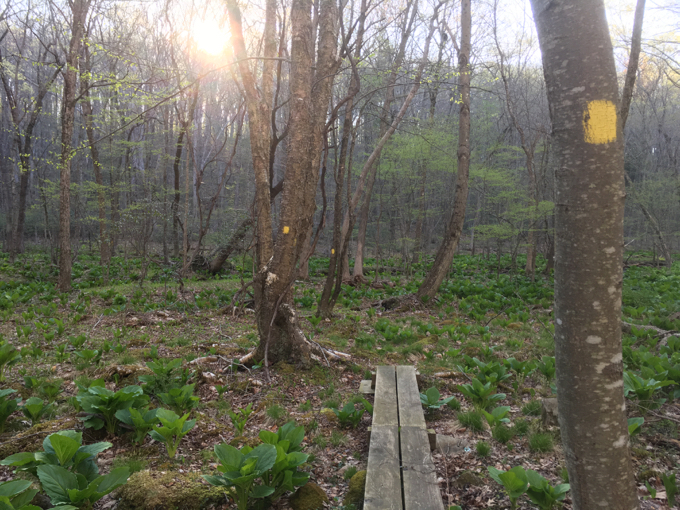 Yeah. As you can see, that didn’t happen for me. I did see a bunch of ferns beginning to display, but they still had a few weeks to go. 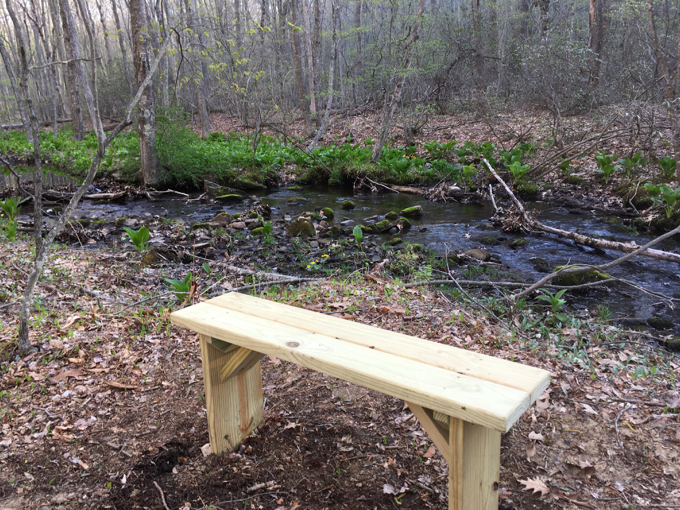 So I hoofed it back to my car.

Fliegel Farm Woods isn’t the most well blazed JT property – nor the most actively hiked. The trail grew faint in the middle, but really, the woods are open and the brook is always right to the east, so if you get lost, that’s on you, mate. 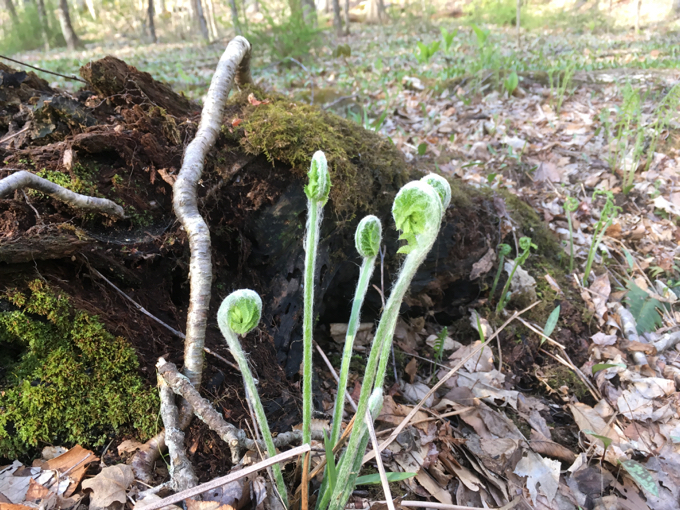 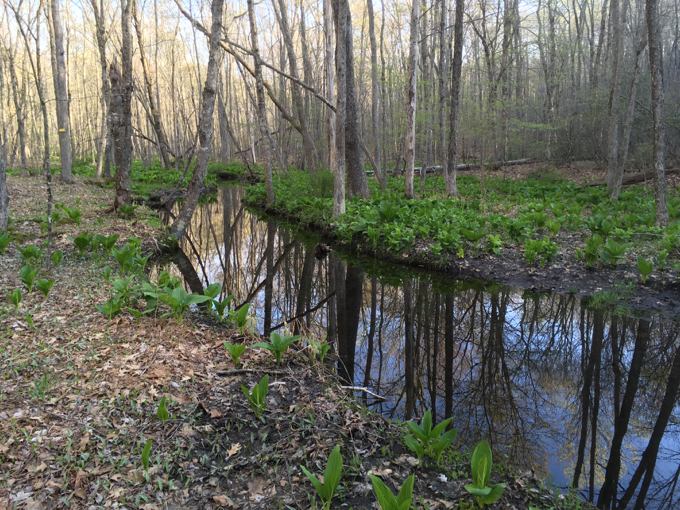