I Be Rankin This Hike Pretty Low
Rankin Preserve
January 2, 2017

The Rankin Preserve is one of those “in-between” places that don’t really deserve a page on CTMQ, but here we are. What I mean by that is that Rankin isn’t “officially” trailed, but it has a wide, short, easy to follow trail to a little set of marshes and ponds along route 89. 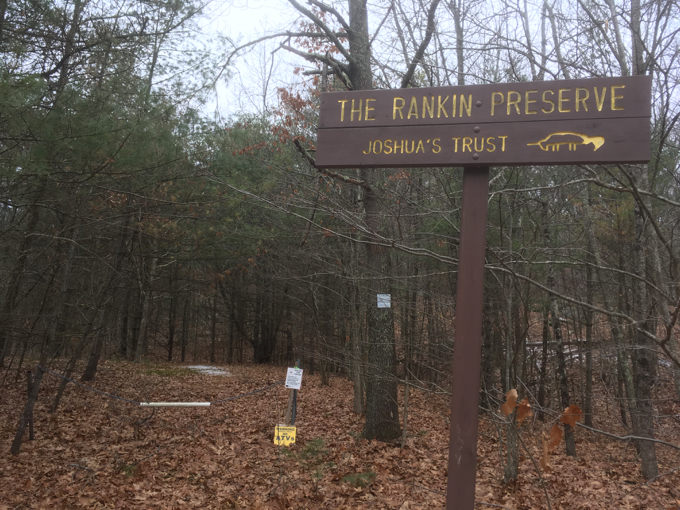 I suppose on a warm spring day, my sons and I could poke around the ponds and marshes and find some fun frogs and stuff here. On a cold and gray January day though? I must admit: I was in and out tout suite. 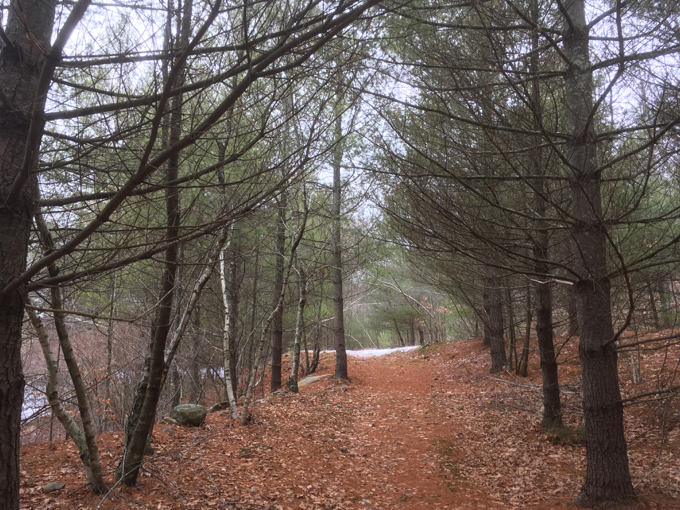 Unfair to Rankin? Maybe. Got another place “done” and checked off of a couple lists? (Joshua’s Trust properties and Completing Ashford) – Yup.

And hey, if you just happened to have landed on this page and you think that there’s no good Joshua’s Trust hiking in Ashford, you are sorely mistaken. Please click on the tags at the bottom and poke around some more. 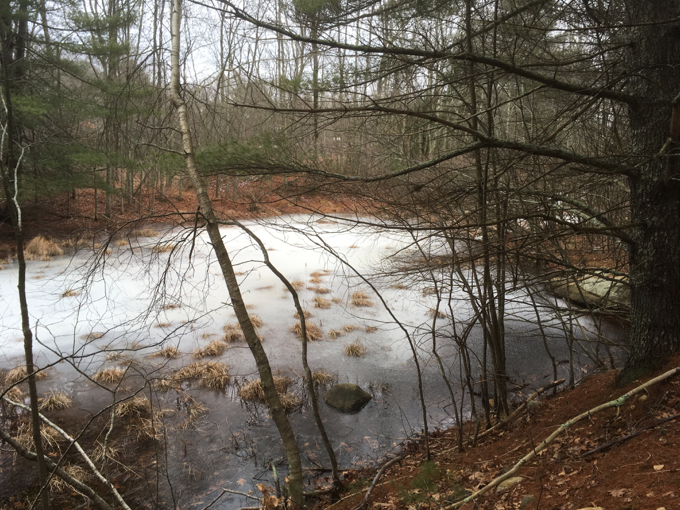 Here’s what the Trust has to say about the Rankin.

This large preserve contains a diverse assortment of topographies and wildlife. The east side of the preserve is covered by a series of wetland areas including a red maple swamp, and shrub swamp, a march, a stream, and a series of linked ponds that were formed by earlier gravel mining in Ashford.

To the west of the wetlands, land rises steeply to exposed bedrock ledges, and continues on a more gently slope through an oak-hickory forest with mature trees and a largely closed canopy. The stone walls that dot the forest provide clues to the land’s past life as a pasture, most likely used in colonial times and until World War II. Intermittent streams run from the forest in the west to the wetlands in the east.

The Rankin Property abuts a large town-owned parcel. Both parcels play an important role in protecting a part of the Mt. Hope River watershed, as well as the many wetland habitats associated with it. 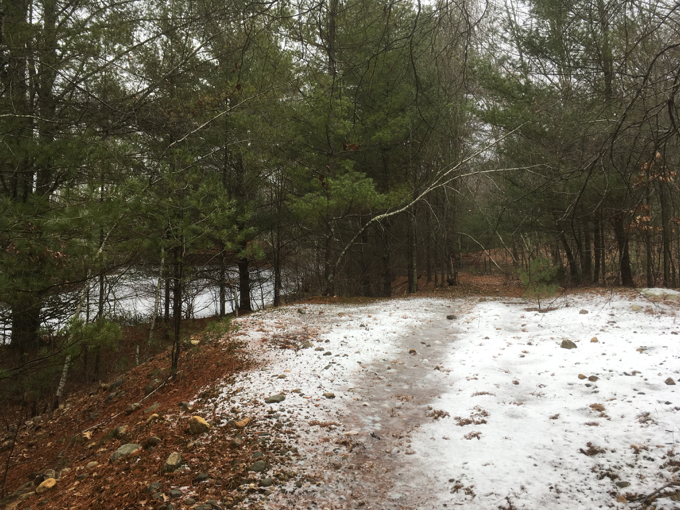