Yet another drive-by on the Freedom Trail that I didn’t know the history of until I put this page together just now. And wouldn’t you know it? It’s rather amazing in its quiet Litchfield way. 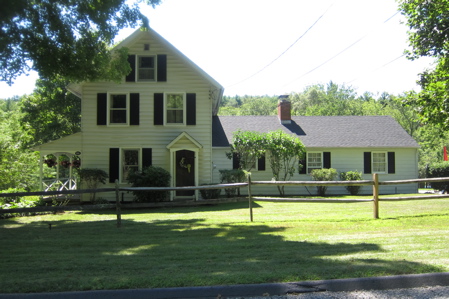 Although a large number of black families lived in urban and coastal cities, like Hartford, New London and New Haven in the mid-19th century, African Americans did have a presence in rural towns like Litchfield. This home was purchased by African American Solomon Rowe (b. 1817) in 1864 and is the only documented 19th century residence in the county owned by a black family. The Rowes were one of a handful of black families in Litchfield in the 1870s and most were employed as manual laborers. Solomon was the sexton of the St. Michael’s Episcopal Church and may have been involved with the abolitionist movement prior to the Civil War. The home is privately owned and not open to the public.