I know what you’re thinking; you’re thinking, “Concept of Freedom what?” Hey, I didn’t make up the name and I struggle with it too. But don’t let that cloud your thinking – this is a really cool and very important historical trail here in Connecticut. 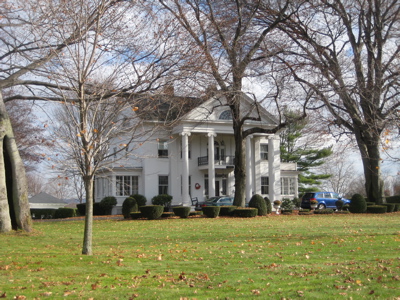 The overarching Freedom Trail is broken down into three parts – The Amistad Trail, The Underground Railroad Trail and this one, the Concept of Freedom Trail. I’m not complaining – this “trail” used to be near-impossible to sort out from various brochures and a very poorly designed website. However, in February 2011, the folks responsible for these things updated the website and now it’s a pleasure to go there and browse around. Go ahead and do it yourself, I’ll wait.

Just as long as you click on a few spots below to get my take as I aim to visit every single one of these places. Wish me luck – especially since sites get added in the real world but often not in the online world – still the late 2021 situation.

The “Concept of Freedom” Trail sites: 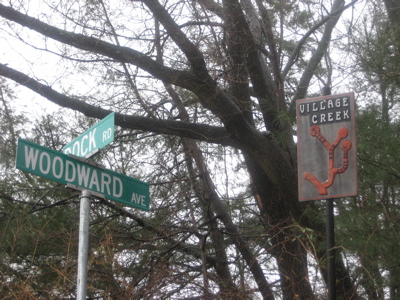 The former property of Judge Constance Baker Motley (1921-2005), located at 99 Cedar Lake Rd in Chester, was recently selected as an historic site for the CT Freedom Trail, a state designation that places it among a select few sites that celebrate extraordinary individuals whose lives expanded the circle of freedom and opportunity for all Americans.

The 6.7 acre Judge Constance Baker Motley Preserve and house were identified as an important site that embodies the heroic life of Judge Motley. In the state’s acknowledgement, it highlighted her path-breaking accomplishments, first as a civil rights attorney in the ‘50s and in the ‘60s for the NAACP legal Defense Fund with her courtroom work litigating over 200 desegregation cases in 11 southern states, and then her later service for 38 years as a New York Federal District Judge, the first African American woman to hold such a position.

In 2016, the Chester Land Trust purchased Motley’s land across from her home, located at 99 Cedar Lake Rd. from the Motley Family Trust. Land Trust volunteers cleared the land space near the street to create a parking area with a picnic table for the public to enjoy, along with a kiosk that highlights and provides photos of Judge Motley’s career and her time living in Chester (1965-2005). It is now known as the Judge Constance Baker Motley Preserve. The house, also placed on the Freedom Trail, is owned privately.

On November 14, 2018, the CT Freedom Trail Committee, under the state’s Department of Economic & Community Development, approved the application submitted by the Chester Land trust for the Preserve and her private home to be listed on the CT Freedom Trail.

A formal dedication was held October 6, 2019. The Motley Family purchased their seasonal Chester home in 1965 and quietly participated in local events and organizations until her death in 2005.

Marian Anderson was born in Philadelphia in 1902 and as a young woman was noted for her singing ability. Finding few opportunities to perform in the United States, she won recognition in Europe. After her return to America, she sang in concerts in New York City and at the White House. When she was denied permission to sing at Washington, D.C.’s Constitution Hall in 1939, the government arranged for her to perform at the Lincoln Memorial before some 75,000 listeners. A year later she purchased her home in Danbury, known as “Marianna Farms,” where she and her husband raised livestock. She lived here for some 50 years. Near the house is a small building that she used as her rehearsal studio. Named a delegate to the United Nations in 1958, Anderson received the Presidential Medal of Freedom in 1963. She retired from concert performances in 1964, but continued to be active in various issues and causes. Her autobiography, My Lord, What a Morning, was published in 1956. The property is privately owned and not accessible to the public.

Marian Anderson (1897-1993) was a world-renowned opera singer and the first African American artist to perform at the Metropolitan Opera in New York City. Perhaps her most famous concert took place on the steps of the Lincoln Memorial in 1939, after she was denied permission to sing at Constitution Hall. The concert was attended by 75,000 people. In 1940, Anderson and her husband purchased their property in Danbury, which became known as “Marianna Farm.” Marian Anderson’s husband, architect Orpheus H. Fisher (1899-1986), designed and built her a rehearsal studio, featuring a curved ceiling to enhance acoustics. The studio was donated to the Danbury Museum & Historical Society and moved to the museum’s Main Street property in 1999. The studio was restored and opened to the public in 2004, featuring many artifacts from Anderson’s life. Marian Anderson was inducted into the Connecticut Women’s Hall of Fame in 1994.

Most people recognize Mark Twain (Samuel Clemens), as a satirist, humorist and literary figure. Less known is Twain’s activism in supporting the general cause of freedom and human dignity. Some accounts indicate that in 1881, Mark Twain endorsed and patronized the Parisian art education of Charles Ethan Porter, a talented African American artist from Vernon, Connecticut. And in a move that was to have reverberations during the civil Rights era, in 1885 Twain helped Warner T. Mc Guinn, a young African American student, attend Yale Law School. Warner T. Mc Guinn later became a mentor to Thurgood Marshall, who became the first African American Associate Justice on the U.S. Supreme Court. In a comment on his financial support of Mc Guinn, Twain wrote:

“I do not believe I would very cheerfully help a white student who would ask a benevolence of a stranger. But I do not feel so about the other color. We have ground the manhood out of them, and the shame is ours, not theirs and we should pay for it.”

Spring Grove Cemetery was founded by Stephen Page in 1845 on fifty five acres of land he owned in Hartford. His wife, Mary Balch Page, was the first interment on October 15, 1845.

Spring Grove is removed from the street as the founders back in 1845 did not want the interred and visitors disturbed by the heavy traffic on Windsor Street, which is now Main Street. The tree lined entrance brings you to the office which sits across from the Fire Fighters Memorial Flag Pole Park. This area has been designated to honor all living and deceased firefighters. Hartford’s first African American Firefighter, William Henry Jacklyn, is buried here. Jacklyn served in with the Hartford Fire Department from 1898 until 1914. Among the many other notable people interred here are Laurent Clerc (1785-1869), founder of the American School for the Deaf and Lydia Huntley Sigourney, supporter of Rev. James Pennington’s Talcott Street Congregational Church and author of the radical poem, “Color No Index of Worth.”

Dedicated June 1887, this 110-foot monument stands at the summit of East Rock Park, commemorating the New Haven soldiers who fell in four wars – the Revolutionary War, the War of 1812, the Mexican War and the Civil War. The names of the soldiers who died in the Civil War, including many from the Connecticut 29th Colored Regiment and the 31st Regiment U.S. Colored Troops, are listed on two tablets at the monument’s base.

Established about 1725, the Colonial Greens Farms Burying Ground is notable for the quantity and quality of its carvings.Lyzette Hyde Munroe, wife of African American property owner Henry Munroe is buried in this colonial cemetery. Her stone reads “In memory of Lyzette, wife of Henry Munroe, who died August 21, 1836 aged 58 Years, 5 months and 8 days.” African American Dorcas Hyde is also buried here and is believed to have been enslaved by the Hyde family. Both graves are located in the far southwest corner, formerly the black section of the cemetery.

In 1802 African American Henry Munroe (d. 1821) bought eight acres of land from John Burr in the Greens Farms section of Westport. By 1806, he had built this farmhouse and had moved from the Greenfield section of Fairfield with his wife Lyzette (c. 1778-1836) and family. The building is one of few documented houses built by a free black man in the 19th century. Today the early 19th century farmhouse and related barn on the parcel represent the Munroe family and the other black residents, both free and enslaved, who lived in the area. Listed in the 1800 census as heads of households are Peter Hide, Peter Nash, Caesar, Fortune, Robin, Quom, Titus and others. Their births and deaths are also recorded in the Green Farms Parish Register. This property is privately owned and not open to the public.