Not that anyone will ever read this page, but I still feel the need to point out that of all the museums and trails and breweries and “stuff,” on this website, there are very few – if any – that I’ve planned to visit, yet haven’t – than this gravesite. 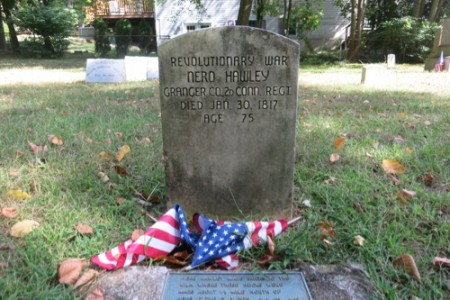 For YEARS I’d thought about stopping by on my numerous trips down to my parent’s house in Delaware. Or on the way back. Or during other trips down Route 8 or 15. “It’s right off the highway, just go to it already,” I’d say. But then I wouldn’t. For YEARRRSSS.

But alas, I am persistent and as you can see, I finally got to the grave on one Mr. Nero Hawley in a tiny old cemetery in Trumbull. Finally.

Once at the entrance to Trumbull’s Riverside Cemetery, which is weirdly situated at the end of someone’s driveway more or less, my excitement led me to just keep driving straight up the century-old rock strewn woodland single-lane goat path up a hill. 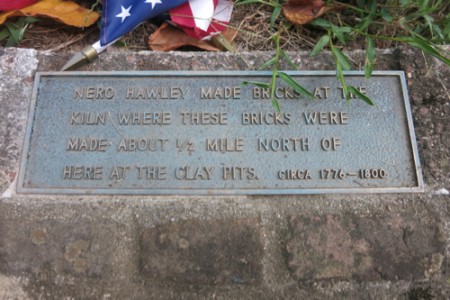 I would suggest you shouldn’t do this. This is dumb. If you have the urge to check out Mr. Hawley’s grave, just park at the bottom of the hill and walk. My car did not enjoy the ride.

The grave is easy to find, about 2/3 of the way towards the back, just off the “road.”

Nero Hawley was one of numerous slaves in Connecticut who joined the Continental Army during the American Revolution and were freed at the end of the war. He served at Valley Forge, and his life is featured in the book From Valley Forge to Freedom, which also notes other areas of Trumbull associated with Hawley’s life. Hawley died in 1817 at the age of 75. Riverside Cemetery is a short walk off Daniel’s Farm Road and near Route 127. Hawley’s grave is in the center row, near the far end of this small cemetery.

Yeah, see, that says “a short walk” without even giving the option to drive up there. Heed that. 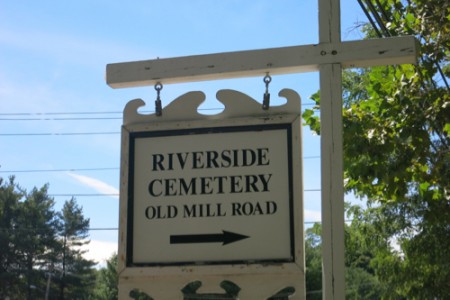 This Hawley guy was quite an interesting dude. There are tons of websites with information on him and his deeds. If you should like to learn more about Hawley, and you should, this is a great place to start.

It begins, “Few soldiers at Valley Forge have as much at stake in the fight for freedom as Nero Hawley. For Hawley, the muddy little city of huts that the Continental Army has thrown up so hastily on the hills above the Schuylkill in the winter of 1777-78 is a way station on a rutted road to the Promised Land. Hawley, born in 1758, is a Continental soldier from Connecticut. He is also a slave who has agreed to take his owner’s place in the army in exchange for freedom at the end of the war.”

Gee, what a nice slave owner. 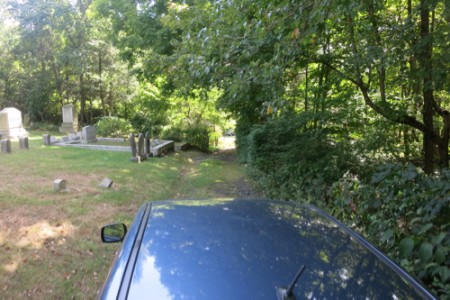