A rather handsome stop along the Underground Railroad. Benjamin Douglas (1816-1894) was a prominent abolitionist in Middletown. Given his abolitionist sentiments, his home may have been a stop on the Underground Railroad. In 1839, he was one of 11 members of the Middletown Anti-Slavery Society. He was also involved in politics, holding office as Mayor of Middletown from 1850-1856 and lieutenant governor of the State of Connecticut in 1861-1862. As a member of the Electoral College in 1860, he cast his vote for Lincoln. Douglas bought this home in the late 1850s, which was built between 1811 and 1813 by Thomas Mather, a wealthy Middletown businessman. Douglas made his fortune by inventing and producing a revolving standing pump. The building is privately owned and not open to the public. 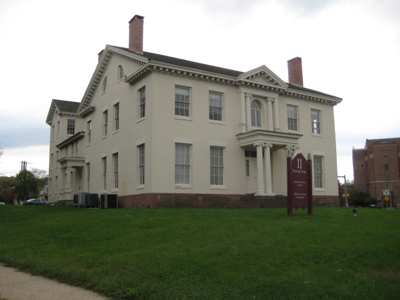 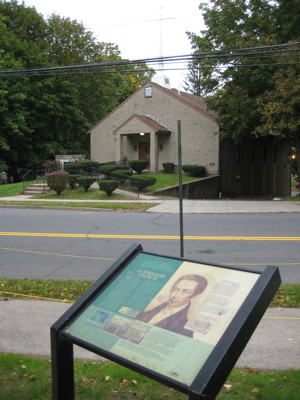 Women of the church, under the leadership of Clarissa Beman, created one of the first women’s abolitionist societies, known as the Colored Female Anti-Slavery Society of Middletown. Its goal was not only to bring an end to slavery, but also to improve the condition of free African Americans. The church was rebuilt in 1867, was moved about a quarter mile in the 1920s, and underwent renovation in 1978.