Have you ever driven around downtown Norwich? Of course you have if you’ve ever tried the “short cut” to the casinos thinking you’d just follow route 2 through town. Ha. It’s a mess – a very oddly laid out mess. As we circled to and fro around the one-way streets and gunned it up some short steep hills looking for the Norwich Arts Center gallery on Broadway, Hoang summed up Norwich driving perfectly: It’s like a department store where they force you to walk all over and pass stuff in the hopes that you’ll see something you didn’t know you wanted and buy it. 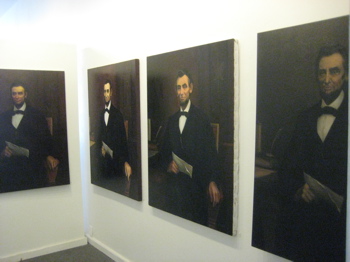 Of course, Norwich has some gems so it’s sort of not too annoying. Norwich’s town hall is certainly in the running for “prettiest town hall in Connecticut” honors. No one could argue that.

The Norwich Art Center is a small space, divided into two gallery spaces that were formerly downtown storefronts. They change out their shows very frequently and in fact, I wanted to get down here several months ago for a skateboard art show, but it only lasted a few days(!)

The Lincoln portraits exhibit I saw was on its last day (May 28th) having only begun on May 1st. I happen to think this is a good thing for small local-artist galleries. They have opening reception events every first friday of each month as well as some smaller events during each month. It’s a cool concept.

The Norwich Arts Center Gallery was established in 1987 by local artists and art supporters—some of whom formed the NAC Artists’ Cooperative—to both create a local art space and invest in the potential of Downtown Norwich. NAC leased and renovated the ground floor at 60 Broadway, formerly a part of St. Mary’s Abstinence and Benevolence Building, which was constructed in 1892 and purchased by NAC in 1995.

Okay, so I was wrong about it being in a former storefront. The NAC Gallery is now the longest on-going cooperative gallery in southeastern Connecticut. They offer both solo and group shows, including the work of both present and past NAC Cooperative members. There’s also a neat little theater upstairs that is constantly putting on events as well. 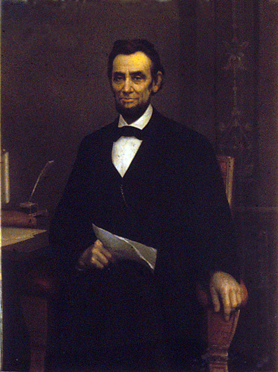 The Lincoln Portraits show was rather unique. It was a painting competition for artists to copy a well-known portrait to the best of their ability. The City of Norwich along with the wonderful Slater Memorial Museum announced a competition to select a painting to replicate a portrait of Abraham Lincoln, painted by John Denison Crocker (1822-1907), c. 1890 and stolen from City Hall in 1994.

Kinda crazy! The original painting is above.

Instead of allowing the artists to be artists, the contest called for them to all replicate the original as best they could. At first, I thought this was kind of dumb, but in retrospect, I love it. Not so much as it places the artists in direct competition, but because it’s just sort of surreal.

Apparently, it was also not without controversy! OOoooOOh, didn’t see that one coming. I found one artist’s blog – her name is Maura McGurk and she entered the contest as per the rules. (Rules, by the way, for which she had to pay five bucks, which would have annoyed me more than it should.) 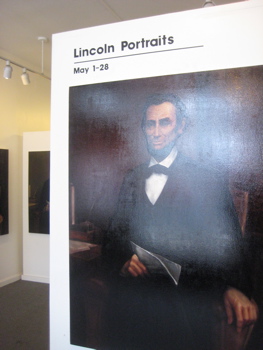 Turns out, the gallery (and the Slater) pre-judged entrants and denied many portraits from being hung. No, that’s not what the contest promised. At all. McGurk and her jilted artist friends were quite upset about this snub (her portrait didn’t make the final cut, obviously.) The gallery and the Slater tried to make good by hanging the other portraits around town in other galleries. I guess that’s the best they could do. 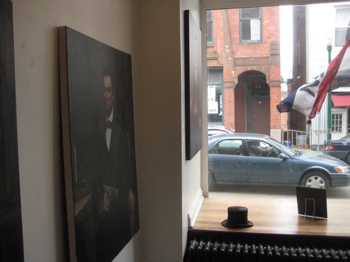 You can read all about it here. McGurk does mention how crazy it was at portrait drop-off time when there were fifty artists all with the same portraits in hand. That image cracks me up for some reason. I imagine there were quite a few sideways glances to check out the other works. 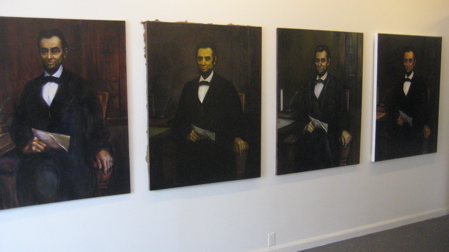 As you can see, the gallery was nothing but a bunch of Lincoln portrait replicates. That alone made this museum visit completely unique and I really appreciate that about it.

Of course, if you come to Norwich looking for art, nothing beats the Slater. That place is awesome… But what the heck, I like the NAC place. If it’s quirky enough to do a show like this, it’s A-OK in my book. 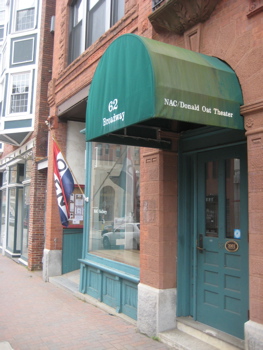