So why have I decided to give this fiberglass “paper” airplane in a tree in Putnam several paragraphs of its own? 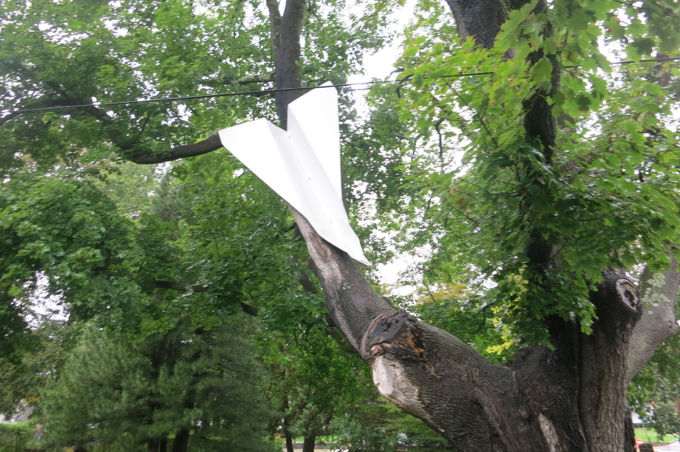 And it’s Putnam. I’m “completing” Putnam. And, well… because in Putnam, lovely as it is, paper airplane sculptures in trees rate pretty high when it comes to things to do in Putnam.

Don’t believe me? Let’s look at the town’s “tourism” map and what is featured prominently: 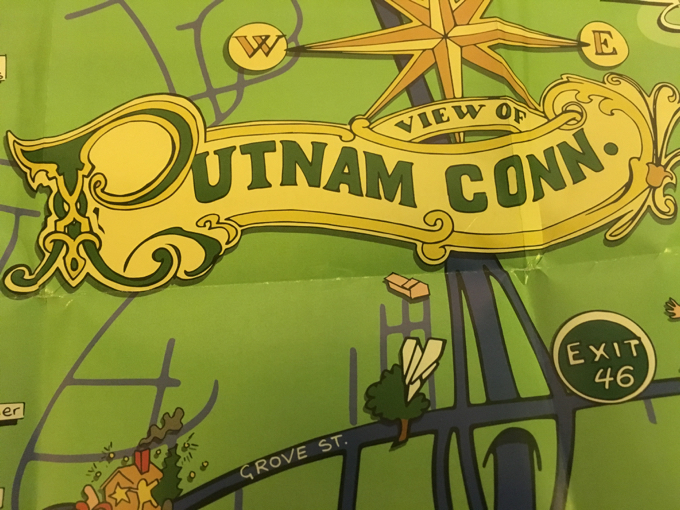 Yeah. For real. The sculpture is called “Paper Airplane #2” and I have no idea if its still in the tree in front of the nice Victorian on Grove Street, not too far off of I-395. It was only supposed to “fly” for a year or so… and that was four years ago. (It was still there in October 2016.)

The plane is seven-feet tall and weights 150 pounds. Local artist Jean-Paul Jacquet created it and I’ve not been able to determine if this is his house or not. I don’t think so.

I know that I like Jacquet though. “It’s not meant to be intellectual or intimidating. It’s a very simple concept, to be enjoyed by everyone. there’s no deeper meaning to it. It’s something I did growing up — playing with paper airplanes.” 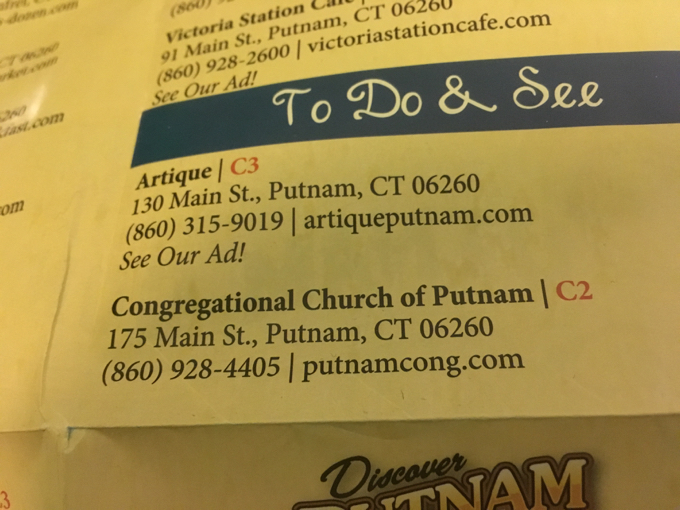 You can also go to a random church while in Putnam

Some of you may care to know that the airplane project began in 2000 when Jacquet made one for Phish.

Jacquet works in many media and his paintings and sculptures can be seen all over Putnam (and beyond). He did the big mural at 85 Main downtown, for one. He has a summer art school in France now too, so I have no idea how much he’s around Portland.

But perhaps I’ll bump into him someday.

Source of some info