As this was my first official hike of the Simsbury Land Trust list of hikes, I figured I’d jump in slowly. And easily. And flat. And close by. Hello Rosedale Farms! 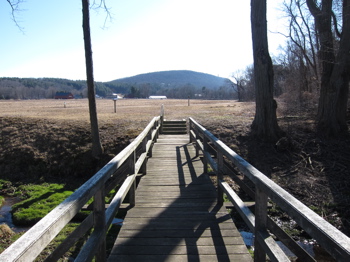 Rosedale Farms might be more familiar to you as a stop on the Connecticut Wine Trail, or perhaps because they are heavily involved with the Farms-to-Table movement, helping out with local dinners put on by higher-end restaurants.

I went and skimmed my page about Rosedale for the wine trail and bonus: cute pictures of Damian!) I was sort of surprised to read that all those years ago I wrote: “It is a historic working farm whose agricultural character is permanently protected by a Simsbury Land Trust conservation easement. Rosedale Farm consists of over 100 acres of fine agricultural soil and protects 1100 feet of Farmington River frontage. In other words, this place is great for many reasons.” 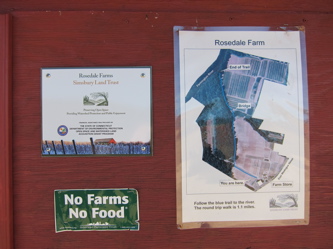 At that time, hiking the SLT trails wasn’t even a glimmer in my mind. Yet, here I am 3 and a half years later trudging along that Farmington River frontage.

Since this was the winter of 2012, which should be noted as a “winter,” it was warm and sunny as I found the trail head at the back of the parking lot and began my trek. They claim that it’s 1.1 miles round trip, but I find that hard to believe. Maybe because it’s pancake flat, but it sure felt shorter than a mile.

There is a sturdy kiosk at the trail head complete with a trail map and all that good stuff. I should note that you can actually see the entirety of the trail from the parking lot. I’m not kidding. Yes, a map is always nice, but it would would be funny if there was a sign that just said, “See that flag pole over yonder? Go there and come back.” 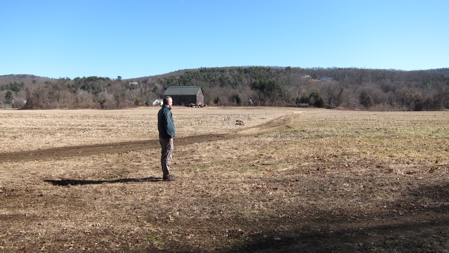 But – and this is a big badonkadunk but, it’s still worth hiking. At least if you have a mild curiosity in geology. Because for whatever reason, this little trail has a bunch of interpretive signs along the way dropping knowledge on everything from kame terraces to invasive species to what the last ice age had to do with Rosedale’s fertile soil.

In other words, yeah, I loved it. And wait, did I mention fertile soil of the kame terrace? I won’t burden you with all four soil types found at Rosedale, but certainly need to mention the Windsor Soil series (36A and 36C, whatever that means). Why, because the Windsor soil series is the official soil of Connecticut. Like you didn’t know. 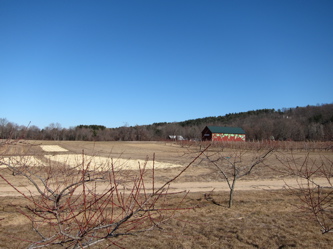 The Windsor series consists of very deep, excessively drained, rapidly permeable soils formed in glacial meltwater sediments. Some areas formed in sand dunes swept by winds from the Connecticut River Valley as ancient glacial Lake Hitchcock receded. The largest acreages of Windsor soils are in the northern part of the Connecticut River Valley, but the soils are mapped throughout the state. 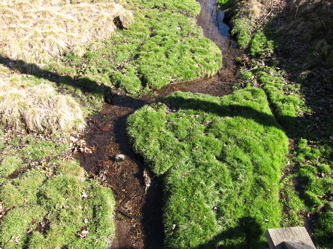 Windsor soils overlie ground-water aquifers of sand and gravel. Droughtiness is the main limitation for crops, lawns, and landscaping. During dry months, irrigation is necessary for optimal production. There is a hazard of ground-water pollution because of the rapid permeability of these soils.

Awesome. Rosedale is, of course, in a floodplain. And floodplains have very fertile soils. And did you know that 25% of the world’s food production comes from floodplain farming? This is why writing this website is so fun. I get to go on random little hikes and learn facts like that. 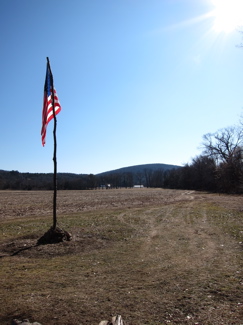 There is also a nice sign about the history of Rosedale. And when I say history, I mean history – like, pre-white guy history. I’ll quote it for you:

Long before European settlement, the fields that now are part of Rosedale Farm were farmed by the native Massacoe Indians, of Algonquin Nation. When the European settlers colonized the area, they recognized the soil’s agricultural potential and soon took over the land cleared by the Massacoes. We know that since 1600 this agricultural area has been in continuous use. Rosedale Farm itself was established in 1920 by the Epstein family, who still farm here. The land produces corn, tomatoes, and other vegetables, wine grapes, fruit trees and flowers. 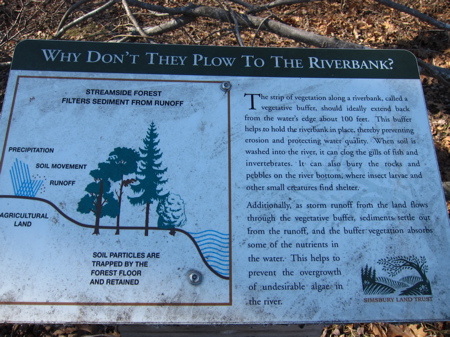 I’ll keep some of the other signs secret so you can go discover them yourselves. But I’ll give you one more useless fact I learned: Rosedale is the second largest farm in Simsbury. Okay, that truly is a useless fact.

On my return jaunt, I noticed Talcott (Avon) Mountain straight ahead and Heublein Tower. I crossed a nicely constructed little bridge and quite frankly was a little scared that the grass in the creek below was a lovely green in February. From the nitrates? Or from the fact that this winter has been 50 degrees every day?

I don’t know, but this was a lovely first SLT hike, no matter that it was super short. 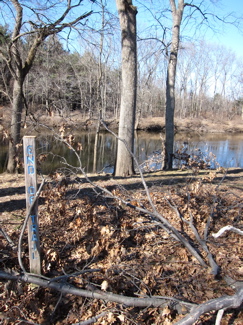 I like how there’s an “End of Trail” signpost.